A Look at the 2021-22 FA Cup Fixtures, Extra Preliminary Round 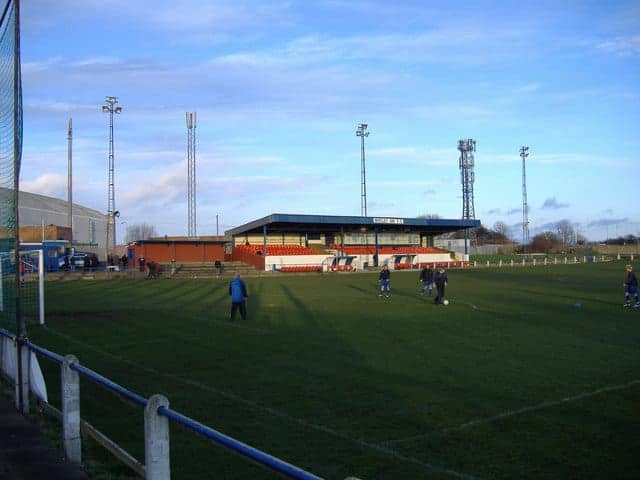 Warming up at Hillshead Park, home of 9th-tier Whitley Bay FC. They are hosting an Extra Preliminary Rond game in the 2021-22 FA Cup against North Ferriby. (Image by Roger Cornfoot / CC BY-SA 2.0 / via Wikiemedia Commons)

We at Groundhopper Soccer Guides love the FA Cup, the annual no-seedings, no-bracket tournament for more than 700 clubs. So when FA Cup fixtures are announced, we start getting excited — even if it’s the Extra Preliminary Round.

Let’s take a look at the FA Cup and some of those Extra Preliminary fixtures in the 2021-22 tournament.

Background: What is the FA Cup?

The FA Cup is the oldest knockout competition in world soccer; the 2021-22 FA Cup is the 141st edition going back to 1871, with 729 clubs participating. It’s a progressive tournament in which the earliest rounds involve the smallest clubs playing in regional pairings to limit travel costs, but there is neither a bracket nor seedings; whoever comes out of the hat first is the home team, and the next team out are the visitors. Then the winners go back into the hat for the next round. And with each round, bigger clubs enter the fray.

The 2021-22 FA Cup starts the weekend of August 7 with the Extra Preliminary Round, the first of two preliminary rounds before four “proper” qualifying rounds. Professional teams, starting with those in League One and League Two (tiers 3 and 4 of the English football pyramid) will then enter for the First Round Proper in early November.

So, in theory, a team starting this weekend could win six games — against ever-larger clubs — to reach the First Round Proper, then win seven more to reach the Final at Wembley in May, 2022. Or they can at least last long enough to catch one of the “big boys,” like when Tottenham Hotspur had to play at Marine FC in the 2020-21 FA Cup. 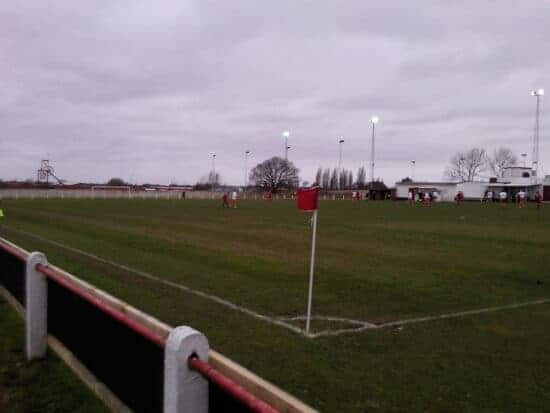 Looking at the fixtures in the FA Cup Extra Preliminary Round is an introduction to the world of non-league football at tiers 9 and 10 of the English football pyramid. (Here’s a guide to all the leagues and cups of English soccer.)

Here we share a few sample games among 174 happening all up and down the country.

The entire list of fixtures for both preliminary qualifying rounds are at TheFA.com.

North Ferriby FC, from a 3,900-person village near Hull in the East Riding of Yorkshire, play in the Northern Counties East League Division One at tier 10. They are a “phoenix” club replacing North Ferriby United, who went out of business a few years ago. That version of the club had made it to tier 5 at one point, but they have started over at the bottom, with more sane ownership.

We did one of our regular “fan chat” videos (see them all here) with a North Ferriby fan named Riley, who told us all about the club:

Their hosts will be Whitley Bay FC, aka the Seahorses, who play one level above them in the Northern League Division One. The town of Whitley Bay (population: 36,000) is near the mouth of the River Tyne, up near Newcastle and Sunderland. That’s their home ground, Hillshead Park, at the top of this post. Expect attendance for this one, and many of these games, to be around 300.

The winner goes on to face either Billingham Town or West Allotment Celtic in the next round. 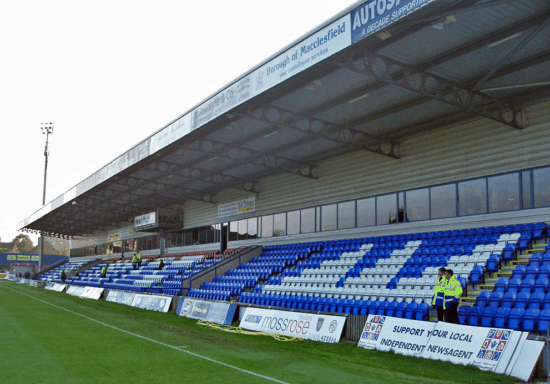 Another phoenix club in this year’s FA Cup is Macclesfield FC, who replaced Macclesfield Town, a club that existed from 1874 until 2020. They went bust, the ground and all their assets were put up for sale, and it was all purchased by the owner of nearby Stockport Town (not County) FC. He put Robbie Savage, a Welsh former player for Leicester, Birmingham, Blackburn and Derby County, on the board and hired former Macclesfield Town man Danny Whitaker as player-manager.

They were placed in the North West Counties Premier Division (tier 9) for this season and drew a home game in the Cup with Burscough, from a 9,000-person village in Lancashire. That club goes back to 1946 and is known as the Linnets, which Merriam-Webster defines as “a common small brownish Old World finch.” Burscough won the FA Trophy in 2003 and made the FA Cup Second Round in 2005 after beating Gillingham at home.

Next, we go down to London which, of course, is a hotbed of both league and non-league football.  (Check out our interview with the creator of the London Football Guide.) Walthamstow may be familiar to London visitors, as it is the northern end of the Underground’s Victoria Line. The local club has had several names over the years, including Leyton Pennant until 2003 — not to be confused with nearby Leyton Orient of the Football League Two.

Crawley Green were just founded in 1989 by the merger of three Sunday League clubs; they are not to be confused, of course, with Crawley Town of League Two. That outfit is south of London in Crawley, but this one is in Crawley Green, Luton, making them neighbors of Luton Town in the Championship. See, Greater London has football clubs everywhere you turn!

And finally, we head to the West Country, for match #174 of the round, to (says Wikipedia) “Marlborough Park, situated high on a hill overlooking the Bristol Channel.” The homestanding Bluebirds (founded in 1902) were just promoted from the South West Peninsula League Premier Division East (!), and their 2,000-seater ground will host fellow Western League club Wellington AFC.

Visitors Wellingtown, nicknamed the Tangerines, hail from a Somerset town so far west that it’s south of Wales. Wikipedia tells us that the town’s “industries … include an aerosol factory and bed manufacturers, celebrated at the Wellington Museum in Fore Street.” It also, by way of a local Duke, gave its name to the capital city of New Zealand.

How to Watch the FA Cup in the USA

While the BBC shows one game from every round, we can’t see those in the US. However, once the First Round Proper comes around, ESPN+ is the home of the FA Cup in the USA. 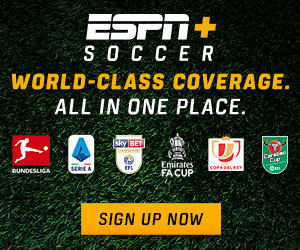 Watch world class soccer on ESPN+ in the US. 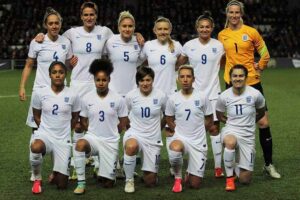