When I first came up with the idea that would become my book and, eventually, my business, I first sought out advice from the smartest person I knew. Several years later, in 2020 and with the business well up and running, I was ready to hire my first employee. So again I sought out, and this time hired, the smartest and most organized person I knew. And it was the same person! Say hello to Alethea, the first employee of Groundhopper Soccer Guides. I like to say her last name needs the extra “t” because she’s just that damn smart. She provides the administrative and organizational backbone of the business while I do … whatever it is I do. Go to games and write, I suppose. But she’s a lot more than smart and organized: For example, how many people do you know who have been a firefighter and a flight attendant? Also among the many interesting things about her, and about doing business in the modern age: She lives in Ecuador! So we’re a British football outfit based in Oregon with an employee in South America. Because why not? And now I’ll let her say hello to you.

That’s the question Paul sent me in an email asking me to introduce myself to you, the Groundhopper Guides community. There are books to be written on the subject (embed link here to Kickstarter campaign for my forthcoming autobiography — just kidding!) but, for now, let’s focus on how my life intertwines with the world of soccer.

I have always been athletic and enjoyed competing in lots of different sports. I started playing soccer in high school as a way to stay active during softball’s off-season. I was a fullback and was selected for the All-District and All-Region teams during my senior year. I continued to play during college but eventually had to quit as I needed more time to study — Major in French, Minor in English Writing — and work as a firefighter and firefighting instructor. (Paul again: What did I tell you?) I remember going to a friendly between the U.S. Women’s National Team and Sweden in 1997 and was thrilled to see my favorite players (Mia Hamm, Julie Foudy, Kristine Lilly, Michelle Akers) in person. I continued to follow world soccer and particularly enjoyed watching games when I was traveling to Europe for work during the early 2000’s. I loved the sport enough to set an alarm for the pre-dawn hours to watch many of the 2010 World Cup matches in South Africa. I attended my first MLS match in 2009 in Seattle (Paul: I’ll just say I hope to hell they lost!) and, when I officially moved to Portland, OR in 2012, I became a devoted Timbers and Thorns fan. (Good choice.) (From Paul: She also forgot the part where she worked in the beer industry for years. Talk about soccer-related experiences!) But the truth is that I am a nomad, a lifelong traveler who owes my earliest inspiration to explore the world to my junior high school French teacher. As much as I love Portland (and all the cities where I lived before), I rarely settle down in one place for very long. I have managed to find a way to live a relatively simple, minimalistic life by prioritizing experiences over possessions. After many years of the corporate grind, I started my own business in 2016 in which I provide administrative and project management services while working remotely. I have now visited all 50 U.S. states and have traveled through almost 100 countries. I speak three languages (English, French and Spanish) and write about my experiences on my blog Alethea’s Excellent Adventures, which has very much taken a backseat with all the work I do for Groundhopper Guides. After traveling through Central and Eastern Europe for four months in 2017, followed by Central and South America for 16 months in 2018-19, I decided to move to Ecuador in 2020. Due to the influence of my friends, I follow Barcelona Sporting Club, a team that was founded in 1925 and competes in LigaPro, the professional men’s soccer league in Ecuador. They have won the most national championships, have had the most success in international tournaments, and are locally known as the “Ídolo del Astillero.” (Warning: the song at that link is terrible!) 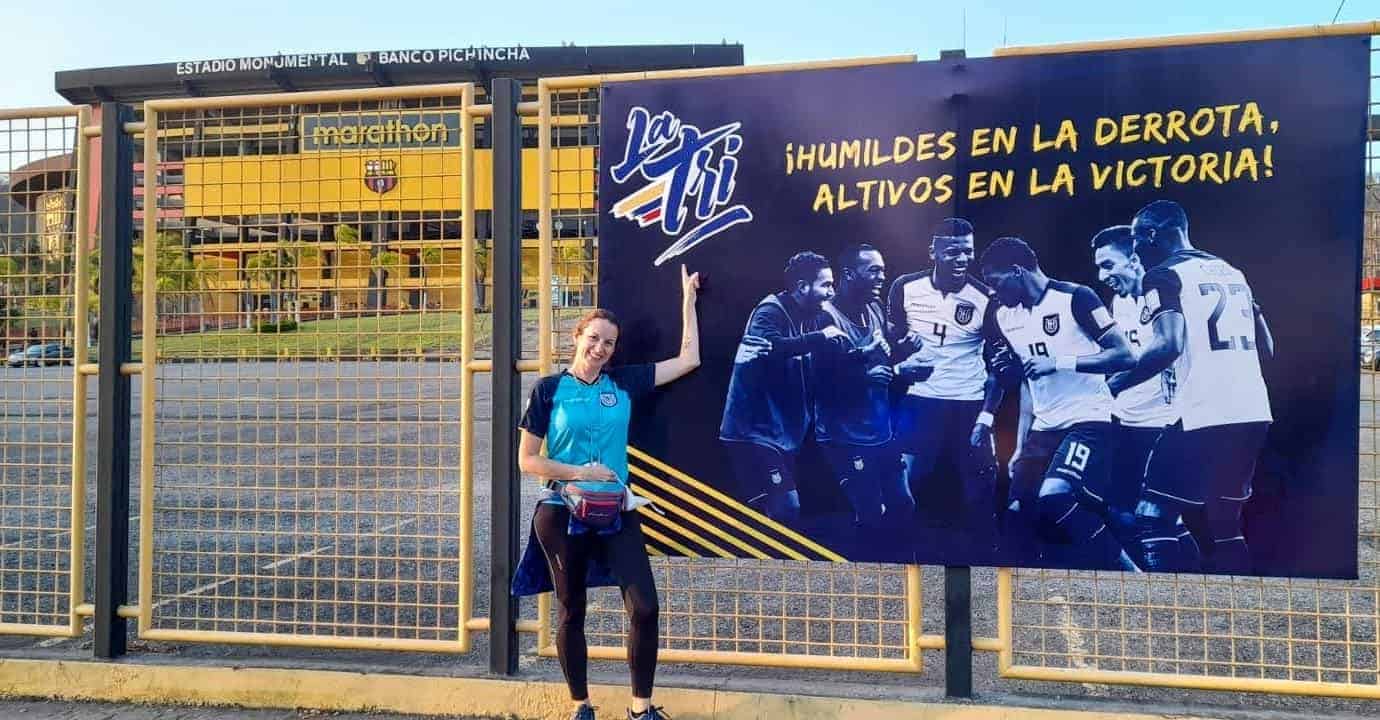 Like Paul, I am a groundhopper, and have been to professional soccer matches in multiple countries, including several games in Ecuador. One of my most memorable experiences was seeing a Clásico in Guatemala City in 2018. The Doroteo Guamuch Flores stadium was built in 1948 and has not been significantly remodeled. It is a maze of broken concrete and narrow entryways where spectators are separated from the pitch by a tall chain-link fence topped with barbed wire. Sadly, it is the site of one of the deadliest incidents in sports venue history when, before a World Cup qualifying match in 1996, 83 people were killed in a stampede caused by overcrowding. The match I saw, between crosstown arch-rivals Municipal and Comunicaciones, was sparsely attended even though the teams were competing for playoff spots in the Apertura championship. I bought a general admission ticket for less than $10 and went with a couple of local friends. We ended up sitting next to a raucous group of Municipal supporters. In spite of going through multiple security checkpoints (full body pat-downs and thorough bag searches) to enter the stadium, the fanáticos managed to sneak in fireworks. The action on the field was captivating enough, with rough challenges, a penalty and an expulsion, but it was equally entertaining (and occasionally, terrifying) to observe the fans, some of whom ended up being escorted out of the stands by police in riot gear. Municipal won the match 2-0, but Comunicaciones made it all the way to that season’s final, which they lost 2-3 to Guastatoya over two games. 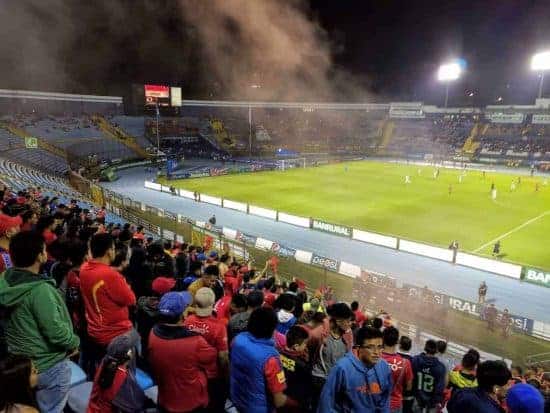 I have known Paul for many years; we met not long after I moved to Portland. We were in a writer’s group together for a few years, exploring ways to increase book sales and blog readership. In 2015, Paul asked me to review his proposal for a new soccer business. Five years later, I became his first employee! I do most of the behind-the-scenes work at Groundhopper Guides including managing our website, our content, and our CRM database, designing marketing campaigns, editing and proofreading each edition of our guidebook, and much more. In spite of the fact that I have traveled extensively throughout the UK, I have never been to a professional soccer match there. So I will most certainly be joining future Groundhop tours and I hope to meet some of you then! Thanks for reading and feel free to contact me at alethea@groundhopperguides.com. You can also follow my adventures on Facebook, Instagram, and Twitter.
We use cookies on our website to give you the most relevant experience by remembering your preferences and repeat visits. By clicking “Accept All”, you consent to the use of ALL the cookies. However, you may visit "Cookie Settings" to provide a controlled consent.
Cookie SettingsAccept All
Manage consent