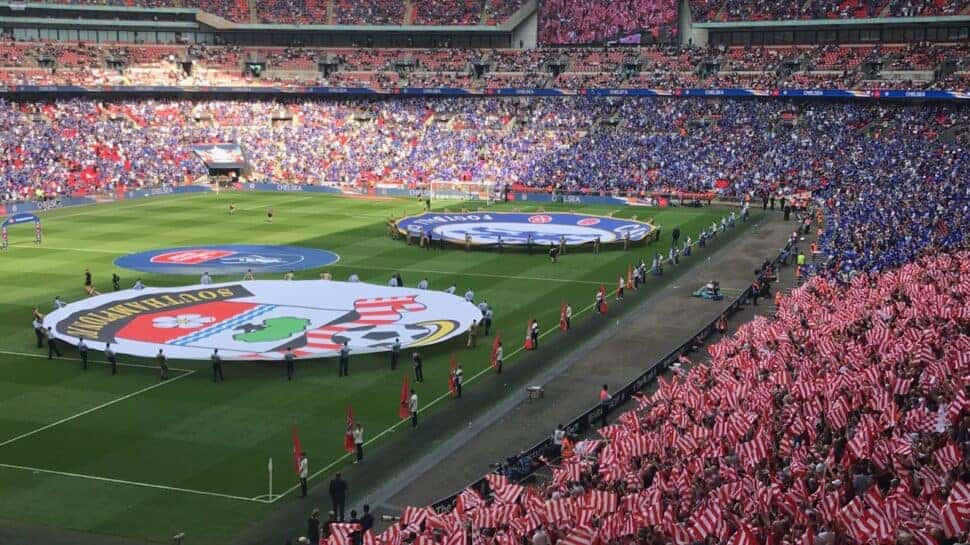 The English Football League has rescheduled the final of the Carabao Cup, also known as the League Cup or EFL Cup, from February 28 to April 25, 2021.

The EFL Cup, sponsored by the Thai energy drink company Carabao, is a no-seeding, no-bracket tournament for all 92 teams in the English Football League and Premier League. (Here’s a guide to all the leagues and cups in English football.)

The Final will be at Wembley Stadium. Manchester City, winners the last three seasons and six of the last eight, will face Tottenham Hotspur, who last won it in 2008 — also the last trophy Spurs won.

You can watch the game in the US on ESPN+; kickoff is at 11 a.m. Eastern time.

Watch the League Cup Final, Spurs vs Man City, on ESPN+ in the USa.

Why Was the League Cup Final Rescheduled?

The reason for the rescheduling is simple, as stated by the EFL: “to stage the Final with as many supporters in attendance as possible.” They are simply hoping that the pandemic’s effect on English football will lessen sometime between February and April.