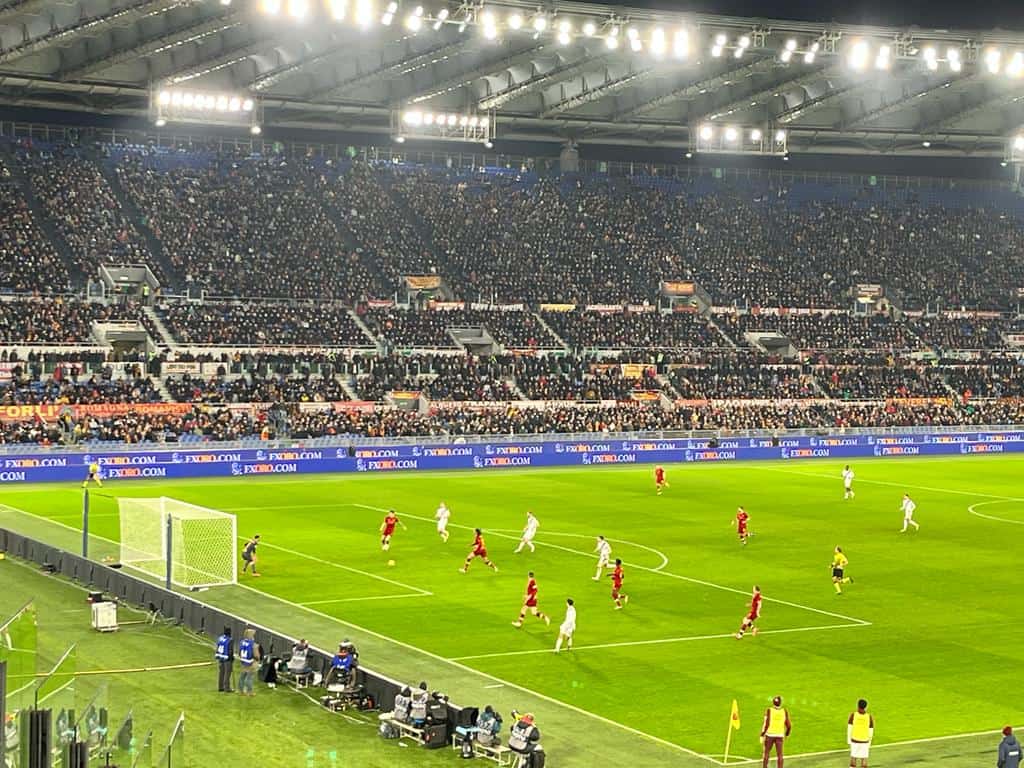 A.S. Roma play in one of the world’s most-visited cities, and have a rich, winning tradition. Commonly referred to as Roma, they have played in the top tier of Italian football for every season but one since their inception and have won three Serie A titles (1942, 1983 and 2001), nine Coppa Italias and two Supercoppas. The club badge features a she-wolf, an allusion to the founding myth of Rome.

NICKNAMES: The club’s colors are carmine red and golden yellow, hence the nickname I Giallorossi (The Yellow and Reds).

Some of the links below are affiliate links, meaning Groundhopper Guides may receive some compensation if you make a purchase after clicking one of these links.
Shop More AS Roma Fan Gear on Fanatics.com
We use cookies on our website to give you the most relevant experience by remembering your preferences and repeat visits. By clicking “Accept All”, you consent to the use of ALL the cookies. However, you may visit "Cookie Settings" to provide a controlled consent.
Cookie SettingsAccept All
Manage consent