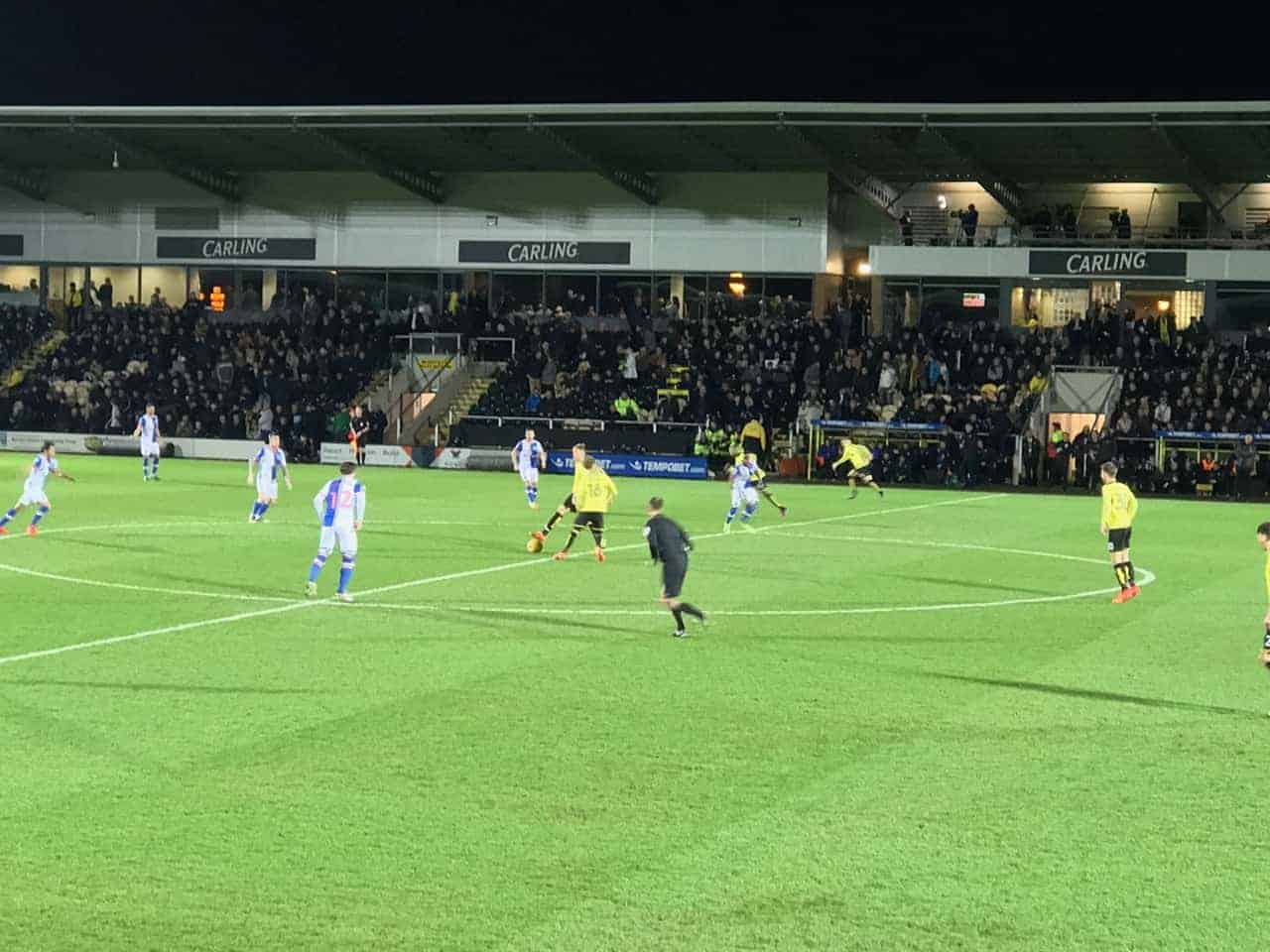 Kickoff at the Pirelli. Come on you Brewers!

If you are planning a trip to watch soccer in England, or if you just want to work a game or two into your existing vacation, there are many questions you will need to answer. 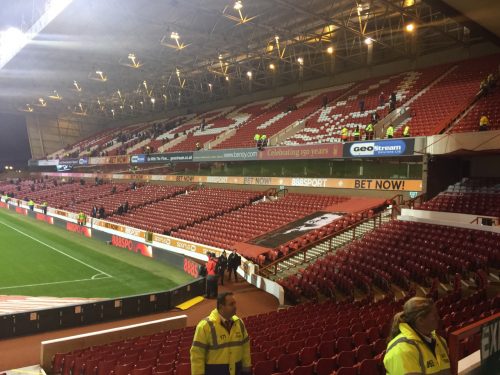 I have tried to anticipate some of these:

For now, here is a tip I have for #1: the cost. Today I want to tell you about travel hacking.

I live in Oregon, on the west coast of the United States, and the standard airfare from here to London is around $1,000. But I never pay more than $600, because I subscribe to two great emails that send out cheap airfares daily: 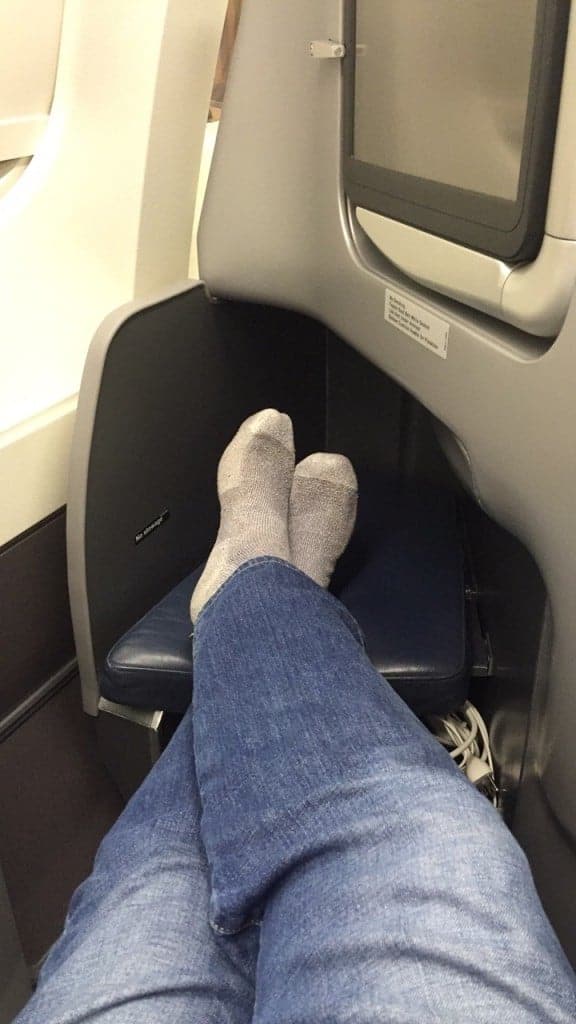 I used these tips to fly business class one time.

I first heard about this from a guy named Chris Guillebeau, who happens to be a Portlander like me, and I tip my hat to him. He has a document called a Travel Hacking Manifesto which is a great place to start.

To go deeper, may I introduce you to The Points Guy. You can follow him and learn all you need and more, but here’s a quick summary of what I learned and have used:

Airline credit cards give bonuses (in miles) after you spend a certain amount on the card — even if you pay it off immediately, which really should be a non-negotiable. They also give points or miles for using their card, especially on their airline.

Hotel chains have similar offers: free nights and points as bonuses and extra points earned if you use their card at their hotels.

With both hotel and airline cards, there are other perks, like priority boarding, free checked bags, room upgrades, a cocktail on check-in, advanced MVP status, and so on. 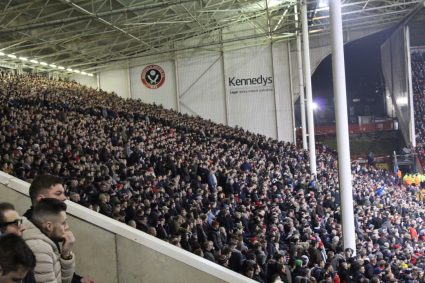 There are other cards that offer various “points” that can be redeemed for hotel rooms and airfares. The same kinds of offers apply — sometimes up to 100,000 points.

A basic strategy is to put charges you would spend anyway on one of these cards, pay them off, collect the points and/or miles, and off you go. Just a few of these cards can add up to a roundtrip airfare plus a couple of hotel nights — a value of more than $1,500 in the case of travel to England.

In some cases you can get these cards, earn the bonus, cash in, close them, wait a while, and get another one. They call this churning.

A more advanced strategy is to run all sorts of charges through these cards, open many of them, churn the ones you can … or just focus everything on the more flexible points (instead of miles) and go for it.

You can also open both business and personal cards, and I’ve even heard of people creating businesses just to open cards! I know a guy who owns a couple of business and puts all of his business expenses on these cards; he and his wife regularly do things like fly business class to Europe. Amazing.

Get my book from Amazon.com or Powells.com

Another aspect of travel hacking that you might get into, either through lots of airline card spending or buying a few tickets, is Airline Status. This leads to things like bonus miles, class upgrades, free “economy plus” seating (my favorite!), lounge access, etc. This is a whole other deal that the Points Guy can educate you all about. 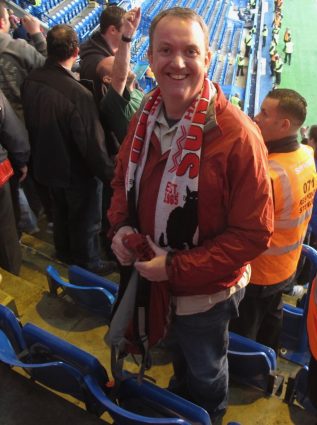 The day I was adorned as an honorary Mackem, at Stamford Bridge.

I opened a slew of these cards — Delta, United, American, Marriott, Holiday Inn, Chase, American Express. At one point I think I had like 10 cards open. At the time I was leading hiking trips in Tuscany (did I mention I am incredibly lucky?), and each trip involved collecting (From clients) and spending about $40,000. I put every bit that I could on these various cards, while also buying roundtrip tickets to Italy on the airline cards.

After several years of this, I racked up nearly 500,000 miles and points — enough for eight roundtrip tickets to England! I also got to second-tier status with Delta, so I have known First Class and international lounges. One time I cashed in miles for Business Class over the Atlantic, but I decided it wasn’t worth it.

I also, sadly, made The Classic Mistake of not paying all the cards off entirely, so I wound up with debt and interest, and I had to claw my way out. (Hello, taxi driving job!) But that’s on me. It doesn’t have to happen to you, and I hope it doesn’t.

With those miles, friends to stay with in London, and basically inexpensive tastes for travel, I can go to England on a two-weekend trip, looking for a week with Tuesday and Wednesday fixtures, so that I can often see seven or eight games while spending 10 nights in England — all for less than $2,000.

So go say hello To Chris and the Points Guy, and email me if you have more questions.

If you’re ready to start planning your own English soccer adventure, check out my Frequently Asked Questions ˚ as well as my Consulting Services.

I am here to help — and right now, by “here,” I mean an Air Canada flight coming home from Heathrow!