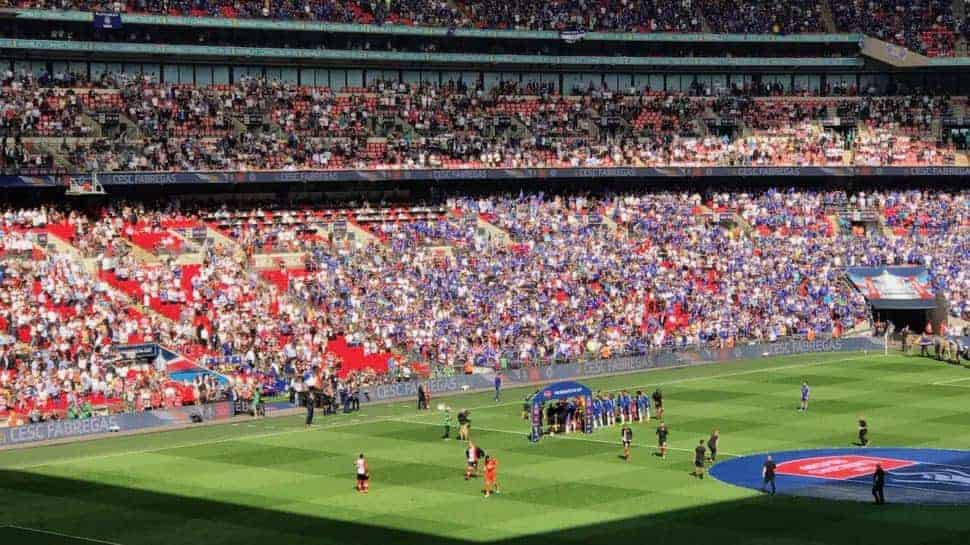 April 17 and 18, 2021 see the semifinals of the FA Cup play out at Wembley Stadium in London; here is how to watch on TV, and why I think you should.

(Disclaimer: This post contains affiliate links, meaning Groundhopper Guides may receive some compensation if you make a purchase after clicking one of these links.)

First, if you need a refresher on what the FA Cup is, it’s a tournament for some 700+ clubs all over England, with no bracket or seeding or anything.

It regularly throws up wonderful fixtures with big clubs having to go play at little ones, and like tiny clubs such as Newport County making a historic run, as they did in 2019. Newport beat local rivals Wrexham, then Leicester City of the Premier League and Middlesbrough of the Championship, earning them a home game with league champions Manchester City. They lost, 4-1, but it was a memorable day (and “Cup run”) for them, to say the least.

After months of games come the semifinal stage. In the old days, the semis were played at neutral grounds like Old Trafford, Villa Park, or (the former) Maine Road in Manchester.

But since 2008, the semifinals have been held at Wembley Stadium, England’s national stadium which also hosts the national team as well as all cup and playoff finals. This is what they mean when they talk about “Going to Wembley.”

How Watch the FA Cup on Television

As I mentioned above, Americans can stream the FA Cup on ESPN+ — and nowhere else. Sign up here. 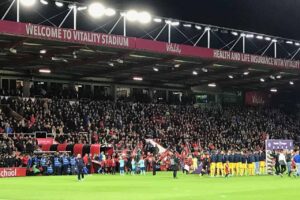