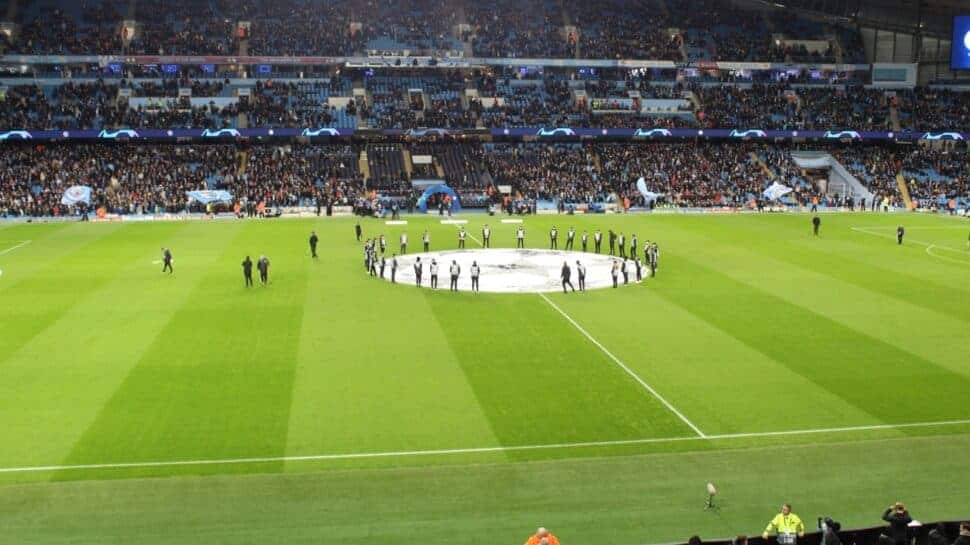 View from the Citizens seats in block 206.

On my last English soccer trip, I got a chance to use the higher-end Manchester City hospitality option known as the Citizens Package. Here’s a report.

(Check the bottom of this page to request a quote.)

First, there are two hospitality options at Man City, both of which are seats plus access to a lounge. The cheaper option is the 93:20 Suite, which consists of seats on the side, close to the goal line, with access to a lounge that is essentially a sports bar where you can buy food and drinks.

The Citizens is the same concept, but with better seats in block 206, a nicer lounge area, and a full meal before the game. The seats are right on the halfway line, in the lower part of the stadium’s middle tier, and they are padded with extra leg room.

You have access to the lounge 2.5 hours before the game and 1 hour after — the latter being nice to have another cookie and beverage while the crowds clear out on the streets and at the tram stop. I’d suggest you get there at least an hour before the game to have a nice relaxed meal.

Here are a couple shots of the lounge: 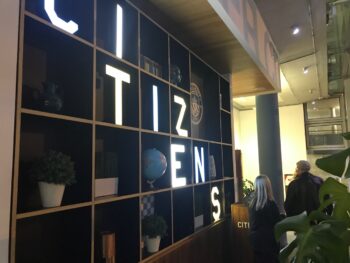 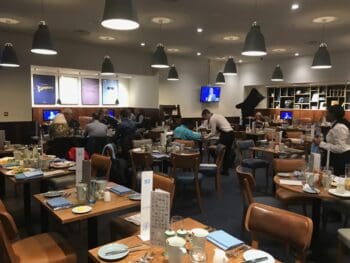 You’ll be assigned seats at a particular table, which is a nice way to meet other folks. At my game I sat next to some Danish groundhoppers and some local City fans taking advantage of the cheaper prices at a Champions League group-stage game.

Here’s a menu that was on our table: 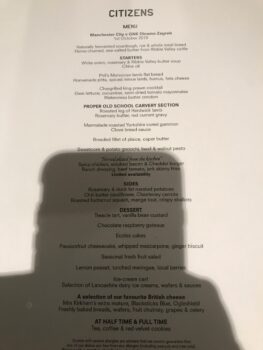 It’s not all food, by the way: amazingly to Americans like me, you can place a bet right here at your table: 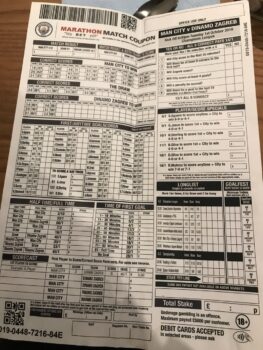 Fancy a wager? You don’t even have to get up!

The food is served buffet style, with a carvery station, salad options, a few different sides, and quite a selection of desserts. Drinks are included as well, and you can pre-order your halftime drink to have it waiting at your table. 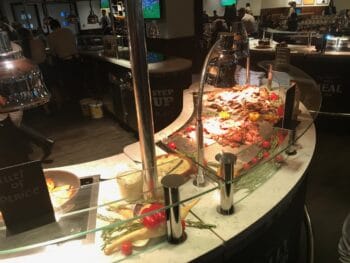 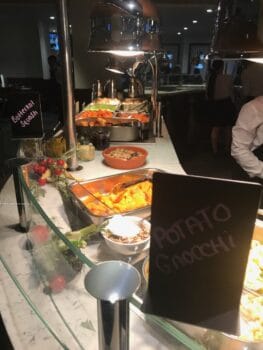 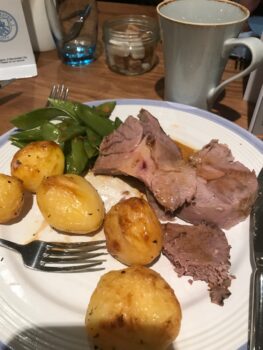 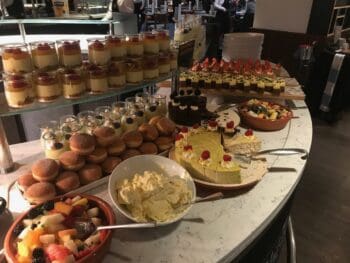 The seats are pretty extraordinary, both in comfort and location: 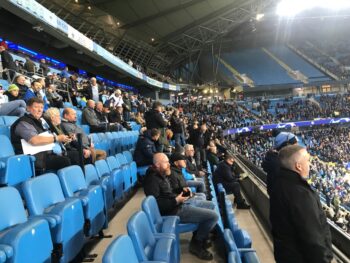 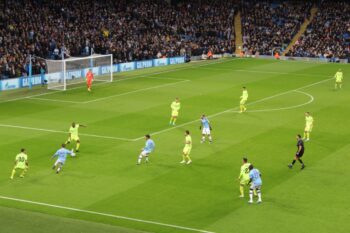 View of the action. 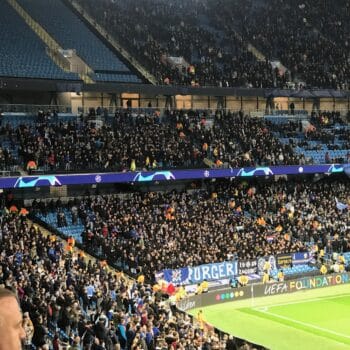 Away fans off to your left; at a league game it would be all three levels.

(And yes, they were half empty at the game I saw. City fans don’t care much about the Champions League, especially the group-stage games against lesser opponents.)

When I went to this game against Dinamo Zagreb in the Champions League, these seats were selling for around $200 US per person; for a Premier League game, much less a Champions League knockout game, this will be more like $5-600.

If you can afford Man City’s Citizens package, it’s a pretty amazing experience. The 93:20 tends to be considerably cheaper and is quite a bargain compared to some of the other “big six” Premier League clubs.

Looking to see a game at Manchester City? Fill out this form, and we’ll get back to you.