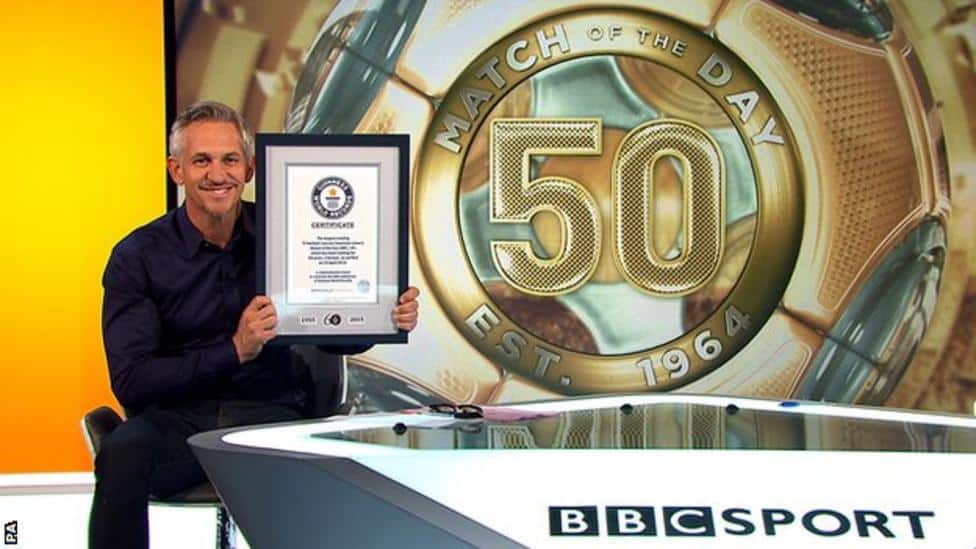 Match of the Day: A History and Appreciation

Match of the Day is as much a part of English football culture as Monday Night Football is to that in the United States — in some ways, even more so, as it largely stands alone in its field, and it even draws us back into the past.

Its music is recognizable to probably everyone in the UK. Watching it is more of a tradition than anything that exists in America. Arguments about its running order are almost as passionate as about the games themselves. And it is so old-fashioned that before it comes on, several hours after the last game, the BBC sportscasters give a heads-up before they show—but don’t announce—the scores of that day’s games lest viewers have the surprise ruined. In 2022!

Match of the Day is so deeply embedded into the British sporting consciousness that people always look at me funny when I point out that it actually covers all the matches of the day, so maybe they should change the name. Silly American.

Match of the Day is the BBC highlight show that comes on at 10:30 every Saturday evening, with a Match of the Day II on Sunday. It started in 1964, when every week they would pick one game to show highlights of; owing to pressure from clubs worried about ticket sales, they never announced which game they would be showing. It has since expanded to include all games, averaging about 10 minutes of highlights for each. It now has a viewership of around seven million people—most of whom are angry about which game is shown first.

The current host, former England striker Gary Lineker, has run it since 1999, making him slightly longer-serving than the legendary Jimmy Hill. Lineker, who grew up in Leicester and played for Leicester City (and later Everton, Barcelona, and Spurs), famously tweeted during the 2015–16 season that if Leicester City won the title, he would present Match of the Day in just his underpants. They won it, and he opened the next season’s show in boxers only, with his fellow commentators doubled over in laughter behind him.

Perhaps the most famous thing ever said on the show was by commentator Alan Hansen, who said of a young Manchester United team in 1995, “You can’t win anything with kids.” Unfortunately for him and the league, those kids included Ryan Giggs, Phil and Gary Neville, Paul Scholes, and David Beckham—the Man U academy’s famous Class of ’92. They won the league and FA Cup that season, then won a famous treble of those plus the Champions League in 1999.