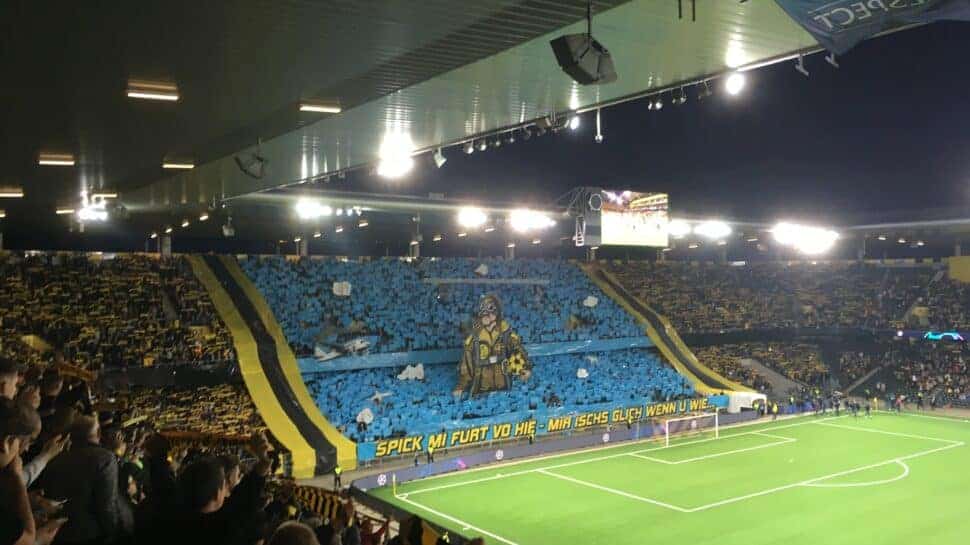 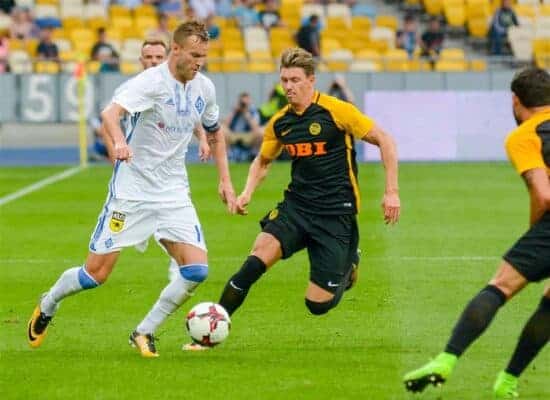 The Young Boys are playing Manchester United in the Champions League group stage for the second time in the last four years. (Image: Football.ua, CC BY-SA 3.0 GFDL, via Wikimedia Commons)

BSC Young Boys is the most successful domestic club from Switzerland, and the first to win 15 Swiss league championships in addition to six Swiss Cups. The club has won the last four Swiss Super League titles.

The club was founded in 1898, and the origin of the name was to mimic that of neighboring Basel’s Old Boys. The Young Boys went on to enjoy way more success than the Old Boys, as that club was relegated from the professional level to amateur status and now play in the Second Group of Swiss 1. Liga, the fourth tier of Swiss football.

The 2020-21 season marks the eighth straight season the Young Boys will be seeing action in the Champions League, but only the second time the club has advanced to the group stage. In the 2018-19 season, Young Boys also drew in Manchester United’s group, but dropped both matches (0-3, 0-1).

The second largest stadium in Switzerland, the 32,000-seat Wankdorf Stadium opened in 2005. It was built on the grounds of the former stadium which was demolished in 2001.

In addition to home games for the Young Boys, the stadium hosted games during Euro 2008 and when Switzerland played World Cup Qualifiers ahead of the 2006 and 2014 tournaments.

One unique feature, in a stadium where all the seats are black and yellow, there is just one red seat. It was the first seat installed, and no tickets are available for it but a dignitary with Young Boy ties often occupies it. 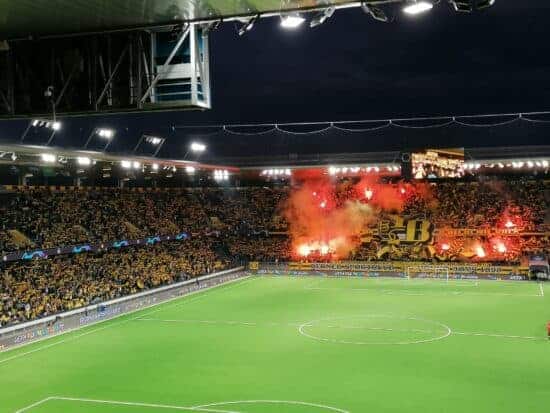 The Wankdorf Stadium before a Champions League Match against Ferencvaros in 2021. (Image: Vincenzo.togni, CC BY-SA 4.0, via Wikimedia Commons)

The City of Bern, Switzerland

Bern is referred to as Switzerland’s ‘federal city’, and is the fifth-largest city in the country. The official language is German.

Bern was originally built on a hilly peninsula with the Aare River surrounding much of it, but as the city grew so did the town. Now the picturesque sight of all the bridges offers many photo opportunities.

One of the best stories about the town is the actual origin of the name. Local legend has it the founder of Bern, the Duke of Zahringen, said he would name the region after the first animal he met on the hunt. That turned out to be a bear, and Bern was born. 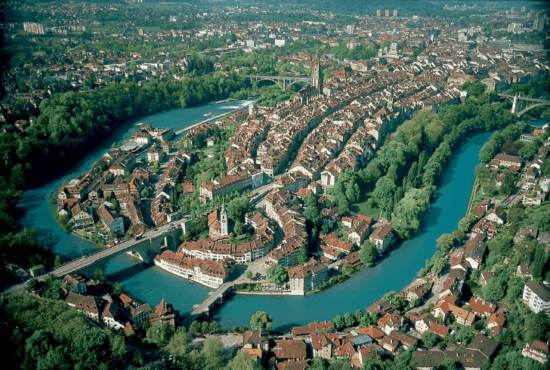 Here at the matchups between Young Boys and Manchester United: 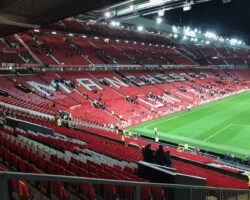