Manchester City start their 2021-22 Champions League journey facing one of the fastest-rising clubs in Germany before traveling to France to face the Messi-led PSG squad. We have previously featured PSG (and offer tickets to their home fixtures), so now let Groundhopper Soccer Guides introduce you to RB Leipzig of the Bundesliga. 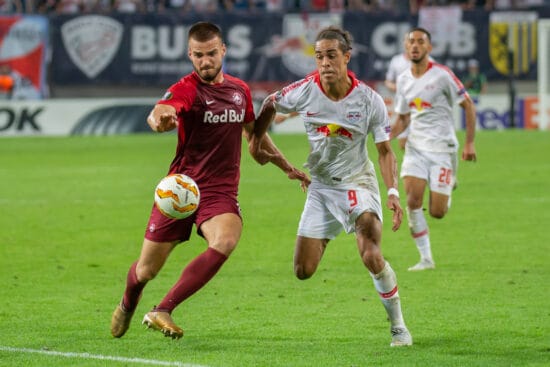 RB Leipzig have made the Champions League group stage each of the last three years. (Image: Steffen Prößdorf, CC BY-SA 4.0, via Wikimedia Commons)

One of the newest clubs in the world, RB Leipzig was founded in 2009 when Red Bull purchased the playing rights of then-fifth-tier club SSV Markranstadt. The company poured many millions into the club, which rose from the fifth tier to the Bundesliga in just seven seasons.

RB Leipzig gained promotion for the 2016-17 season, and reached the Champions League in 2017-18 after finishing second place in the Bundesliga.

Since gaining promotion, RB Leipzig have finished top-six in the league every season, including no lower than third each of the last three seasons.

The club has reached the group stage of the Champions League for the third straight season as well, and went to the semifinals in 2019-20. Last season they were grouped with Manchester United, and after a win in the first leg (3-2) fell in the second (0-5).

Naturally, this kind of get-rich-quick success, combined with a real lack of history, has brought out the contempt of more traditional clubs’ fans and the resistance of established giants. This story from The Athletic goes into it a bit more.

As you might expect, it’s pretty much brand new and highly rated. Red Bull Arena holds around 43,000 for football and is rated as UEFA Class 4 (the highest level) for its facilities. It was built in 2004, hosted some games in the 2006 World Cup, and was renovated in 2015. 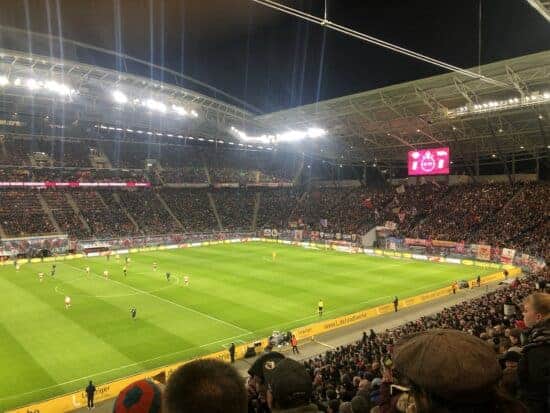 Renovated in 2015, Red Bull Arena is one of the top stadiums in Germany. (Image: Berlinschneid, CC BY-SA 4.0, via Wikimedia Commons)

The City of Leipzig, Germany

With 1.1 million people in the area, Leipzig was the second-largest city in East Germany. Today it’s a modern financial hub and is highly rated as a place to live, having basically been reinvented following an almost complete industrial crash after the reunification of Germany.

Leipzig is well known as a major center for music. One of the most prominent opera houses in all of Germany is the Oper Leipzig. The Leipzig Gewandhaus Orchestra was established back in 1743 and is one of the oldest in the world. 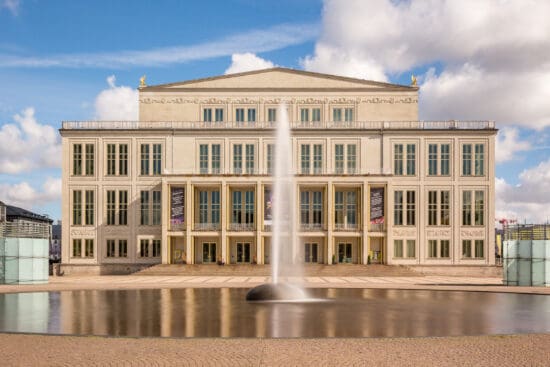 Here are the matchups between RB Leipzig and Manchester City: