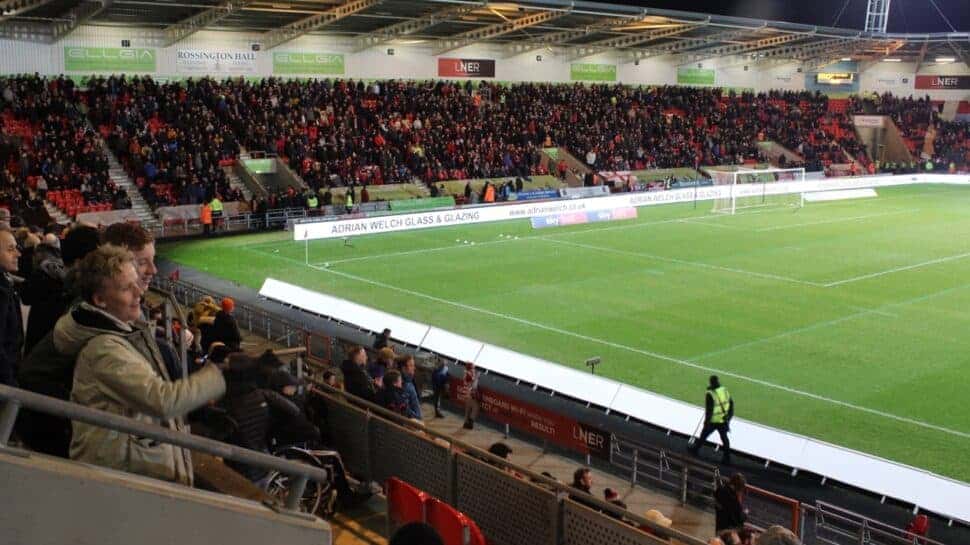 Here is a video showing aerial views of all the stadiums in League One for the 2020-21 season.

If you don’t know your way around English football, this is tier 3 of the overall pyramid of English leagues (learn more about all that here.) Americans can think of this as roughly AA baseball, but they are completely independent clubs. They can play their way to the second tier, the Football League Championship, or down to League Two.

I have been to quite a few of these places, among the 100+ games I have seen at 60+ grounds. Included in my League One games are Burton Albion, Charlton Athletic, Doncaster Rovers (photo above), Portsmouth, and Oxford United, where honestly most of the entertainment came from the two lads sitting in front of me.

Enjoy the video, and also check out this one about new stadium plans around England.