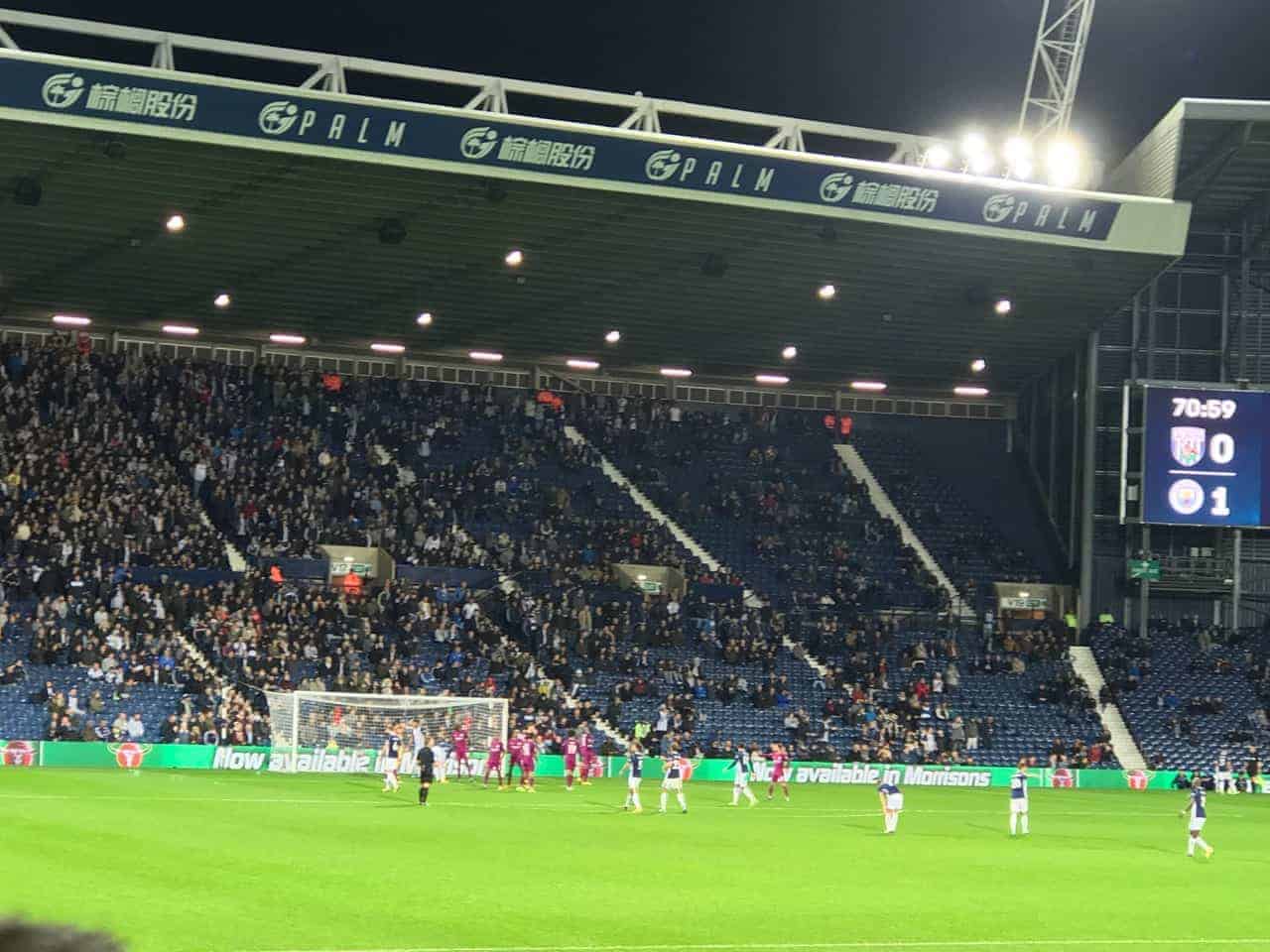 One of several big ones in the Birmingham area, West Brom has been a yo-yo club bouncing up and down the divisions for years; their fans also bounce and sing “Boing Boing” when they score.

LOCATION: West Bromwich (it’s BROM-itch), which to us foreigners seems like just another part of Greater Birmingham, in the West Midlands

NICKNAMES: The Baggies, perhaps because factory workers in the old days attended games in their baggy work clothes. Sometimes also the Albion; the Throstles, for the bird on their crest; and the Stripes.