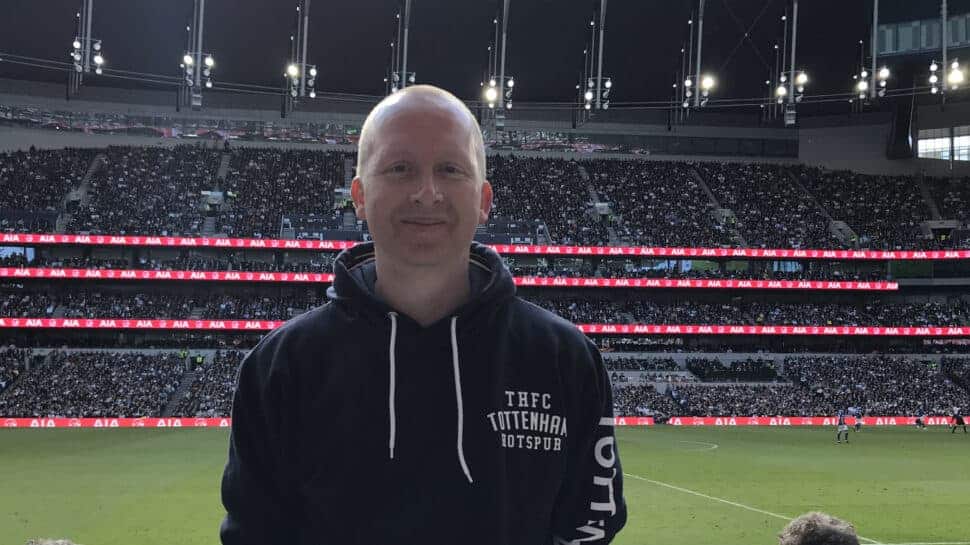 A little self-introduction. My name is Brian Reinhardt, and I am extremely excited to be coming aboard Groundhopper Guides and once again becoming involved with my favorite sport, soccer.

I was born in Pittsburgh, Pa., and after graduating from West Virginia University with a degree in public relations, I have been in Raleigh, N.C., working in the NC State University Athletics Department for over 20 years.

My love of sports started when I strapped on my first pair of shin guards back when I was five years old. In fact, besides a couple of years of American football where I was the world’s smallest tight end, soccer is the only sport I played during my youth. I was able to play on multiple teams during different parts of the year all over Pittsburgh. 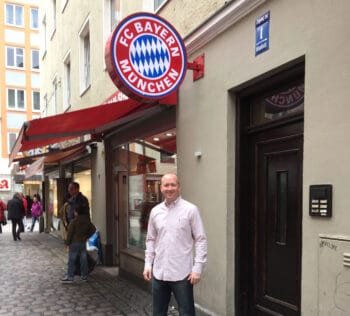 Soccer led me to Europe for the first time, as I got to spend a month on a U.S. Select team playing in Germany, Denmark and Sweden; that really kickstarted my desire to go to Europe every year and explore every country.

I played soccer all the way through high school, and I still love the memories of playing indoor soccer in particular. I gave up the sport when I started college, even though a few schools were looking at me to continue playing, but I just wanted to be a normal college student.

But the game and passion for it has just stuck with me all these years — from working as the NC State men’s soccer PR contact for 13 years, to playing in adult leagues here in Raleigh (I called it a career at 35 — this right knee isn’t the same as it was in high school), to waking up early Saturday and Sunday mornings to watch each and every EPL game on TV, to playing pickup games on freezing February days. 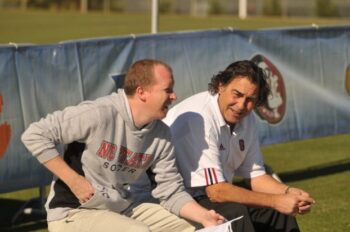 I worked with Coach George Tarantini for 13 seasons at NC State. A native of Argentina, his brother hoisted the World Cup trophy in 1978.

The game is special, and I can’t wait to be more involved with it once again!

I first met Paul via email in 2018. My wife and I wanted to take a two-week tour of some European countries to celebrate our wedding (we ended up going to Iceland, Ireland, Scotland and England in the spring of 2019).

I love to do research, so I set out to find us tickets so I could attend my first-ever EPL game. Easier said than done. I spent a ton of time figuring out the tricks to get tickets, coming away almost each day with the impression it was never going to happen.

I stumbled back onto Google, a little defeated, and luckily came across GroundhopperGuides.com. Reading through Paul’s site gave me hope, so I asked if he could help me get tickets.

After multiple follow-ups and even more questions, I went all in for a hospitality package while we were going to be in London to visit Tottenham’s new stadium (a whole other story is there about all the stadium delays and figuring out when it would actually open).

Then came the wait to actually get over to London and get these tickets in hand. And I was not disappointed: not only two tickets, but a great upgrade that gave us seats at midfield just six rows up! Fantastic, not to mention the FREE beer at halftime (I’m a big IPA beer-snob). 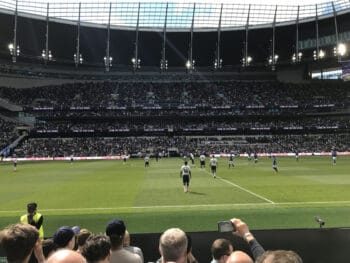 What an experience, my first EPL game!

The experience went so well, that when my wife and I planned a trip to Spain for 2020, I once again hit Paul up for Real Madrid tickets, and once again he came through. But then Covid happened, so maybe we can turn those tickets into 2026 World Cup tickets here in the U.S.

But back to myself, which to be honest, is weird and hard ‘telling my story.’

In July of 2018 I married my wife Amanda. We met in Raleigh, and even before the first date, we learned we both started out WVU the same year in the same dorm – but never knew each other – small world!

She shares my love of traveling, and has been my traveling companion to many different parts of the world I would never have imagined getting the chance to explore (we are both trying to get to all 50 states before we are 50 and visit as many countries as we can – I’m up to 15). Although she might not be the biggest soccer fan, she loves my interest in the game and is always willing to go to any game in any country I can get tickets for. Heck, part of our honeymoon was going to the season finale at Tottenham Stadium the first year it opened.

I’m really thankful to Paul and Alethea for having me jump aboard and once again be involved with my favorite sport. I look forward to doing a lot of behind-the-scenes work on the site, newsletter and social media, but also getting back into researching and writing about the game of soccer.

Feel free to contact me with any interesting story/blog/video ideas, or just to chat soccer at [email protected]. 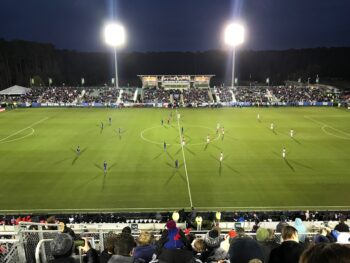 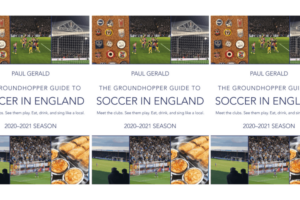 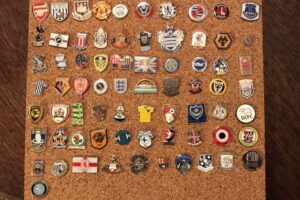 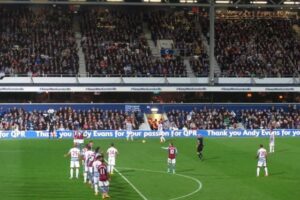