Tottenham sit atop their group in the Europa Conference League, and now face Vitesse in back-to-back games. Groundhopper Guides introduces you to the Spurs’ foe from the Netherlands. 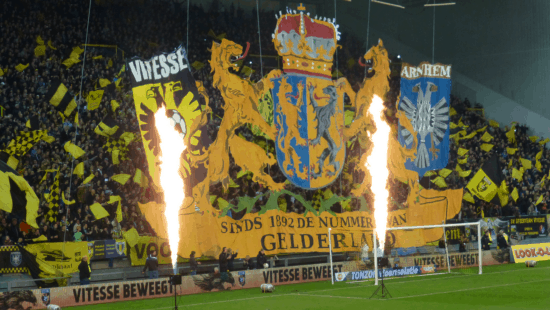 Vitesse are based in the city of Arnhem and play in the Dutch Eredivisie. Founded in 1892, the club is the second-oldest club in the Netherlands after Sparta Rotterdam. Vitesse have never finished higher than third place in the top tier of Dutch football, and are often thought of as a stepping stone for future top players, as they have sold many players in the transfer market.

When the club was formed in 1892 by students, they chose a French name to avoid sounding elitist. Vitesse means “speed.” Initially, it was a dual-sport club competing in cricket during the summer and football in the winter.

From 1898 to 1915, Vitesse lost in the final of the Dutch national championship six times.

During World War II, play was forbidden in open air stadiums, and Vitesse’s field and clubhouse were completely destroyed.

The Dutch Eredivisie was formed in 1956, but Vitesse did not gain promotion to the top league until the 1971-72 season. They played in the group stage of the UEFA Intertoto Cup in 1978-79, and have competed in nine UEFA Cups and five Europa League tournaments since 1990. Their fourth place finish in the Eredivisie last season qualified them for this season’s Europa Conference League. 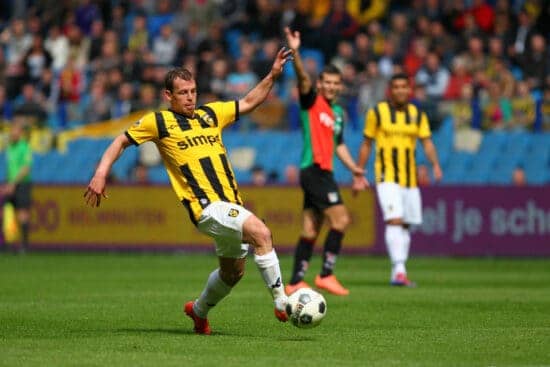 The stadium has a retractable roof and the slide-out grass pitch can be removed for concerts. 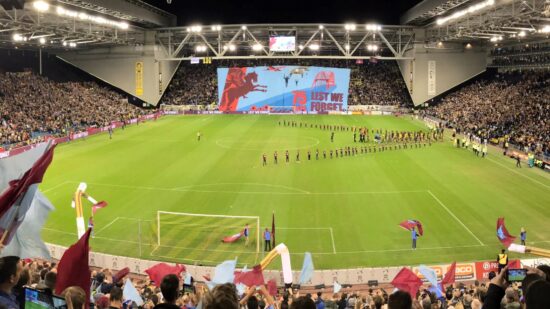 The City of Arnhem, Netherlands

Arnhem is located in the eastern part of the Netherlands, and sits on the banks of the Nederrijn and SintJansbeek Rivers.

During World War II, the British and Polish were both given the task of securing the bridge at Arnhem, but were unsuccessful as the Germans advanced and overtook the city. The 1977 movie A Bridge Too Far is based on these events. The current bridge at the location is the third version, as the first two were both destroyed during the war.

Arnhem was rebuilt after the war, and now has over 160,000 inhabitants. The city is known for its Burgers’ Zoo and the Netherlands Open Air Museum which features eighty historic houses, farms and windmills. 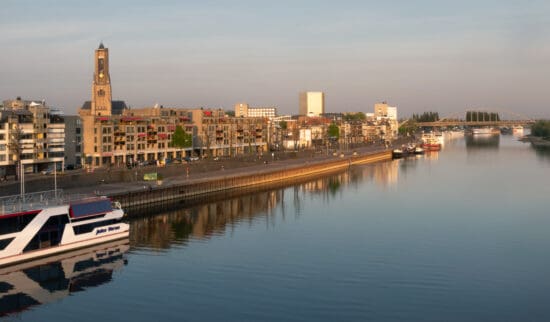 A view down the river towards the bridge. (Image: Michielverbeek, CC BY-SA 4.0, via Wikimedia Commons)

Here at the matchups between Vitesse and Tottenham: