Did a New Stadium Cause the Downfall of Darlington F.C.?

‘Build it and they will come?’ Not even a new 25,000-seat state-of-the-art stadium could save cash-strapped Darlington FC from being expelled from the English Football Association. 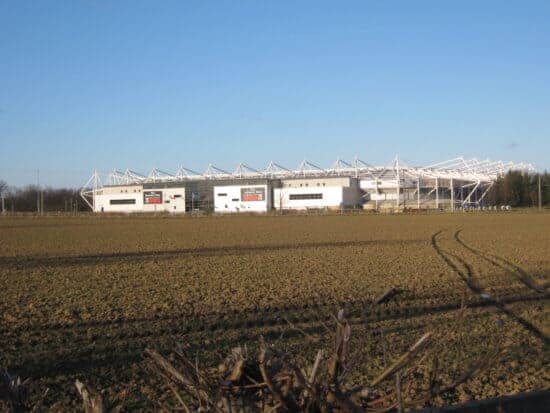 The club was founded in 1883 in Darling, County Durham, England. The Quakers have spent much of their existence in the lower tiers of English football, and claimed team trophies in the Football Conference (now National League) in 1990, and then in the Fourth Division (1991) over the last 30 years.

Following a turbulent decade of failing to pay debts and entering administration multiple times, and while enduring many ownership changes and relegations, the club was expelled from the Football Association in 2012. A phoenix club, Darlington 1883, was quickly put into its place, but that place was the ninth tier of English football, the Northern League Division One.

The newly formed club went on to earn two straight promotions and, after paying off all debts incurred under the previous owners, the FA approved the club’s request to change the name back to Darlington F.C. in April 2017.

Darlington have played the last five campaigns in the National League North (the sixth tier of English football), finishing 19th in the 2021-21 campaign. 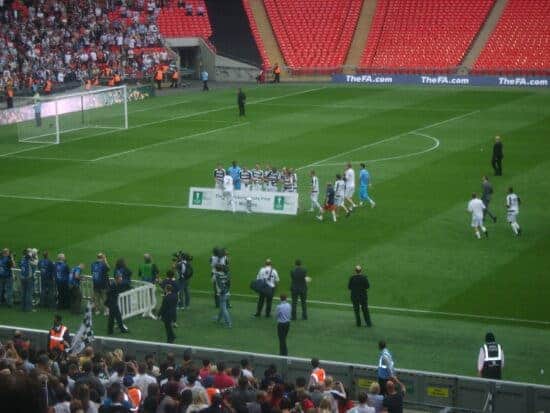 With a highly debated $300m pounds of net wealth coming mainly from his kitchen counters business, George Reynolds bought Darlington Football Club prior to the 1999-2000 season. While the new chairman immediately paid off the club’s debts, he also laid out plans for a new £20 million stadium.

Feethams Ground had been the home of amateur football games since 1860. The Quakers started playing there in 1883. As the stadium was in poor condition with a water-logged pitch, Reynolds’ solution was to build a new 25,000-seat stadium, with the ambition of getting Darlington to the Premier League.

Yet Darlington had just 2,800 season ticket holders at Feethams Ground the season before they moved into the new stadium. 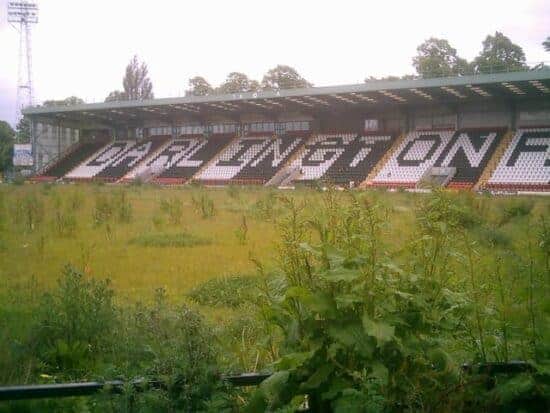 This was what Feethams Ground looked like two years after Darlington left. (Image: Mark Harrington)

Construction progressed, and on August 15, 2003, Reynolds Arena was opened. However, with limited parking and poor public transportation to the venue, plus attendance restrictions due to local planning regulations, there was never an expection of capacity crowds.

For the 2003-04 campaign, Darlington earned an 18th place finish in the league standings and average attendance was just 5,023.

To make things worse, Reynolds had to take out a £4 million pound loan to cover the final cost of the stadium. The club was once again forced into administration and Reynolds ultimately resigned in January 2004. He was later arrested on suspicion of money laundering, and served time in prison for tax evasion.

The stadium was eventually sold to the Darlington Rugby Club, and the Quakers no longer play their home games in the venue. Ironically, Darlington are ineligible to earn promotion to the next tier of English football because their current ground does not meet National League standards.

This video chronicles the whole ordeal with George Reynolds as Darlington’s then-owner: