Fancy an English Soccer Tour? Get in Touch! 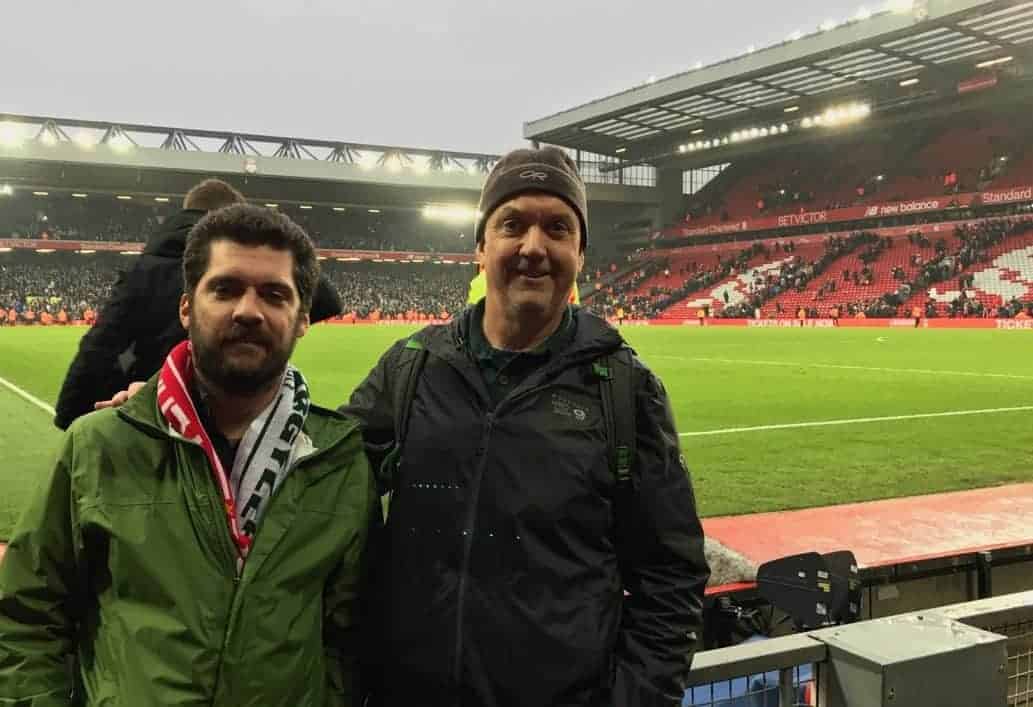 My buddy and me at Liverpool, where were far from the only out-of-town visitors.

Are you interested in going on a soccer tour of England? 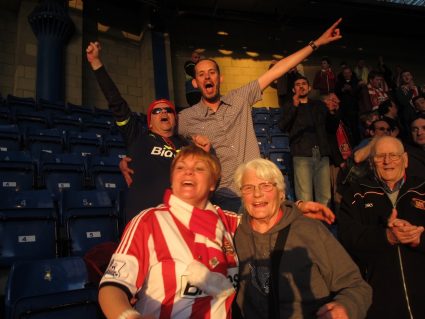 Some of my Sunderland friends.

I have been researching and writing The Groundhopper’s Guide to Soccer in England for a few years now, and it is set to be published this summer. (Reserve your copy today for just $15!) I have also been helping people design their own trips with consulting and VIP ticket sales. Along the way, I have learned quite a bit about the game, the culture, and the clubs.

So, I have decided to practice. And I am inviting you to come along.

Over the Christmas holiday, sometime in December 2018 and January 2019, I am looking for company on about a one-week soccer tour of England. It will be similar to past holiday-time trips I have done; see my 2017-18 itinerary as an example.

I am talking about probably five games in perhaps two or three different cities, depending on how things break down. (We won’t know the 2018-19 schedule until mid June). It would include Premier League and lower-league games, and probably an FA Cup game.

This is a very informal, highly flexible tour. The basic idea is that I lay out an itinerary and cost, which won’t really be official until at least November, and then we go for it. We only need a couple of people to make it official.

If you’re interested, get in touch. It should be a blast!