The 2021 UEFA Champions League final between Manchester City and Chelsea was the eighth time two clubs from the same domestic league have faced off for Europe’s top team trophy.

The UCL, which was previously called the European Cup, was first contested in 1956. It took over 40 years until we saw two teams from the same league compete in the final – in 2000, when Real Madrid beat Valencia.

It should be noted that until 1997 only the champions and defending champions of their respective leagues were allowed to participate. Expansion of the tournament happened in 1997 to allow some second-place finishers, and another expansion in 1999 allowed certain leagues to be represented by third- and fourth-place teams.

An all-Premier League final has now happened three times. The first was in 2008 when Man U secured the trophy over Chelsea on PKs, a game most famous for Chelsea legend John Terry, with a chance to win it with a penalty kick, slipping and bouncing the shot off the post. In 2019, Liverpool downed Tottenham, 2-0, in the other all-England final. Chelsea raised the trophy in 2021 with a 1-0 win over Premier League champion Man City.

This chart shows the UEFA Champions League finals when two clubs from the same country competed for the trophy:

Here’s a look at the three all-England finals: 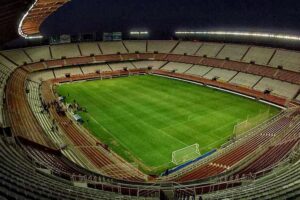 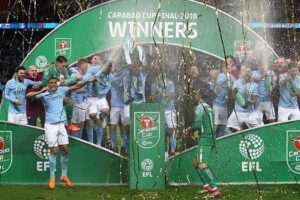