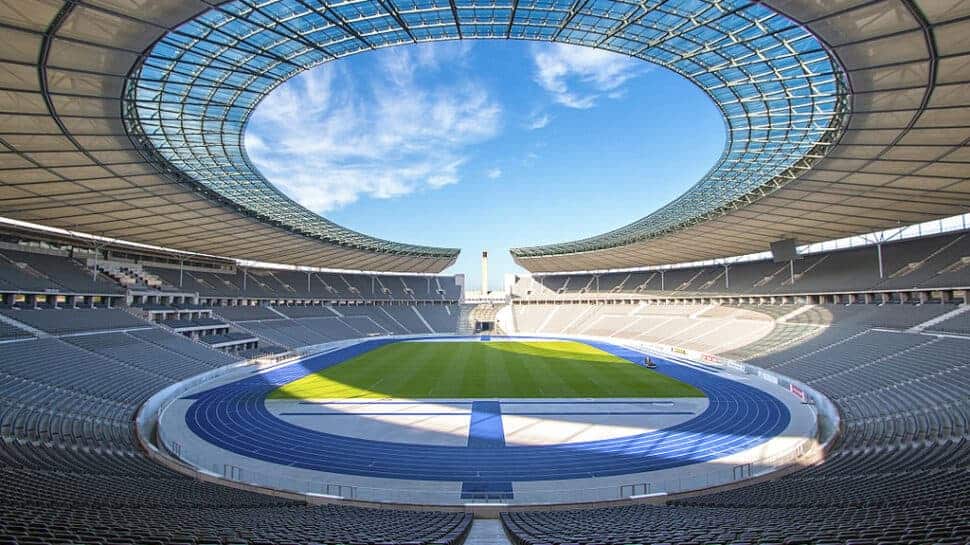 Looking to see a Bundesliga game in Berlin? Groundhopper Soccer Guides is an official reseller of Hertha Berlin tickets and hospitality. Here is a look at what we have available.

Seeing a Game at Hertha Berlin

Hertha are one of two Berlin clubs playing in the Bundesliga, the top tier of German football — the other being the historically smaller Union Berlin.

Hertha’s home is the 74,000-seat Olympic Stadium or Olympiastadion, about six miles west of Berlin’s center. It was built for the 1936 Olympics, but the area had hosted sporting events for decades before that. The stadium was extensively renovated for the 2006 World Cup and is now the most prominent and famous stadium in Germany. It hosted the 1974 World Cup Final and the 2015 Champions League Final, and every year it hosts the German Cup Final.

The area around the stadium is an upscale and lovely place with lots of parks and excellent public transportation.

For more background on the club and city, check out our Groundhopper Guide to Hertha Berlin. 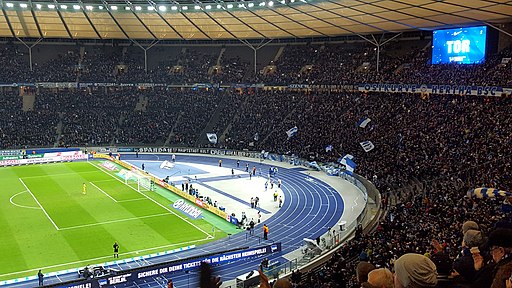 Getting More Than One Seat Together at Hertha BSC

At this moment, we are only able to guarantee two seats next to each other at Hertha Berlin. In cases where you want three together, we will do our best to put the third in the row just behind the other two. If you want four together, it will be in two pairs as close to one another as we can manage.

This may change throughout the season, and we may have more options than are listed here, so definitely check with us directly by filling out the form below if you are interested in Hertha Berlin tickets.

Our Hertha Berlin Tickets: Where are They?

All seats are in the upper tier (ring 2), but we don’t yet know the block or row numbers for our seats. This may vary from game to game. Again, contact us regarding any particular game you are interested in.

For reference, here is the seating chart for Olympic Stadium. Click the image to expand and download.

What does it cost to see a game at Hertha Berlin? With reference to the seating chart, here are some sample prices for the lowest end of opposition (Arminia) and the highest end (Bayern Munich). The Borussia Dortmund or Union Berlin games will be just a little less than Bayern Munich.

And remember, these prices are per seat for two seats together.

Tickets will be delivered via email.

These are not official quotes; fill out the form below for a complete, up-to-date Hertha BSC quote.

At this time, we do not have any Hertha Berlin hospitality to offer, but that may change during the season. So stay tuned here or fill out the form below, and we will get back to you ASAP.

Looking for Hertha Berlin tickets? Fill out this form, and we’ll get back to you shortly. Be sure to check your spam folder, as sometimes our responses wind up there. 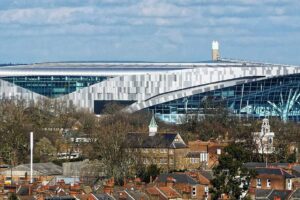 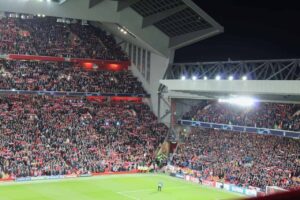 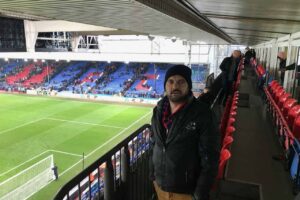