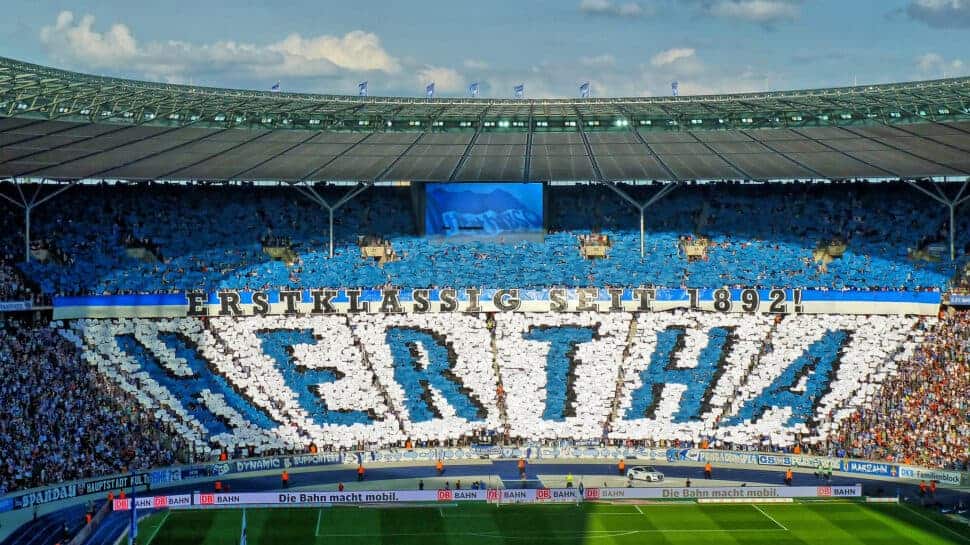 Commonly referred to as Hertha BSC, and sometimes Hertha Berlin, or simply Hertha, they are one of two German Bundesliga clubs from Berlin. The club is known by the affectionate nickname Die Alte Dame (The Old Lady), and Hertha is also a reference to the fertility goddess. The club was originally named for a steam ship, just because the two founders apparently thought it was a cool name, and their colors come from the ship’s blue and white smokestacks.

LOCATION: Hertha is based in the Westend neighborhood in the borough of Charlottenburg-Wilmersdorf in the western part of Berlin. Their stadium is about six miles west of Berlin’s center.