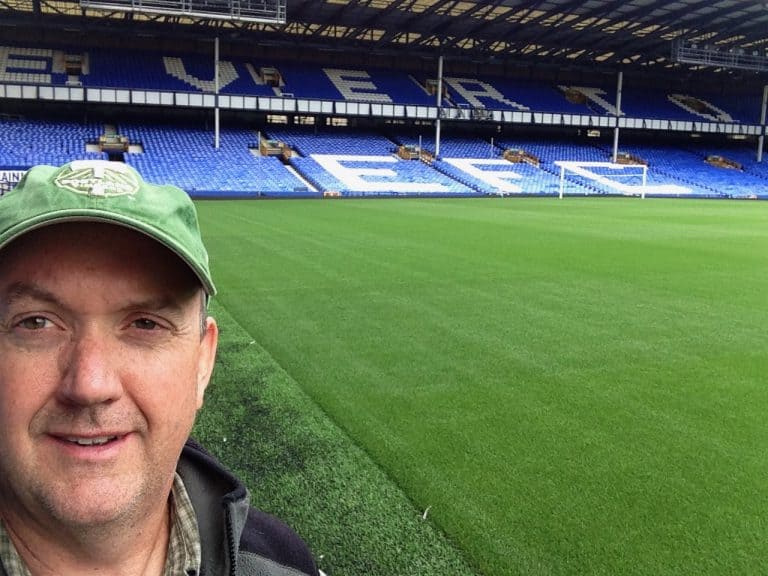 This whole thing actually started from my core mission in life: Go to interesting places, do interesting things, meet interesting people, then share the story and maybe help others do the same.

I have been a professional writer and ardent traveler since the mid-1980s. A little while before that, I used to watch a highlight show called “Soccer Made in Germany,” and I fell in love with the game and the singing of the fans. I decided I would have to get to one of these games one day. Starting in college in the 80s, I had a career in newspapers, mostly in sports, and by the 90s I had moved to Portland, Oregon. I became a freelancer, specializing in sports, travel and the outdoors, and along the way I have written five guidebooks to Portland and Oregon. The best known is the best-selling 60 Hikes Within 60 Miles of Portland; one that I self-published was Breakfast in Bridgetown: The Definitive Guide to Portland’s Favorite Meal. For more on all of that, see PaulGerald.com. I am also a devoted fan of the Portland Timbers, a member of the Timbers Army, and actually got to see them win the 2015 MLS Cup on a magical night in Columbus. The soccer book idea came from a simple combination of facts: I love to travel and write, I love soccer, and nobody has ever written a book like this. All I needed to know! Also, near as I can tell, nobody else is offering consulting or guiding services to American fans heading to England to watch games. 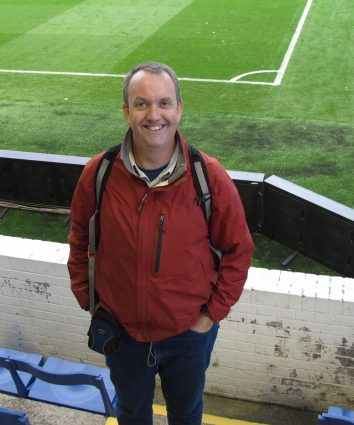 My first game in England was at Arsenal with Dermot of my “London Family” — a 2-1 loss to Aston Villa on the last home day of the 2010-11 season, a game in which I got to see Robin Van Persie score for the Gunners and Michael Bradley play for Villa. I visited The Emirates, heard the (mostly Villa) fans, and had seen that people could actually go to these games. I was hooked. Since then, I have seen over 100 games all over the UK and Europe, which you can read about elsewhere on this site. I have also learned a bit about the clubs and how it all works, and I am thrilled to be sharing it with you. I hope you enjoy the site and decide to keep up by reading our Groundhopper Newsletter. You can also buy our book, The Groundhopper Guide to Soccer in England.
We use cookies on our website to give you the most relevant experience by remembering your preferences and repeat visits. By clicking “Accept All”, you consent to the use of ALL the cookies. However, you may visit "Cookie Settings" to provide a controlled consent.
Cookie SettingsAccept All
Manage consent