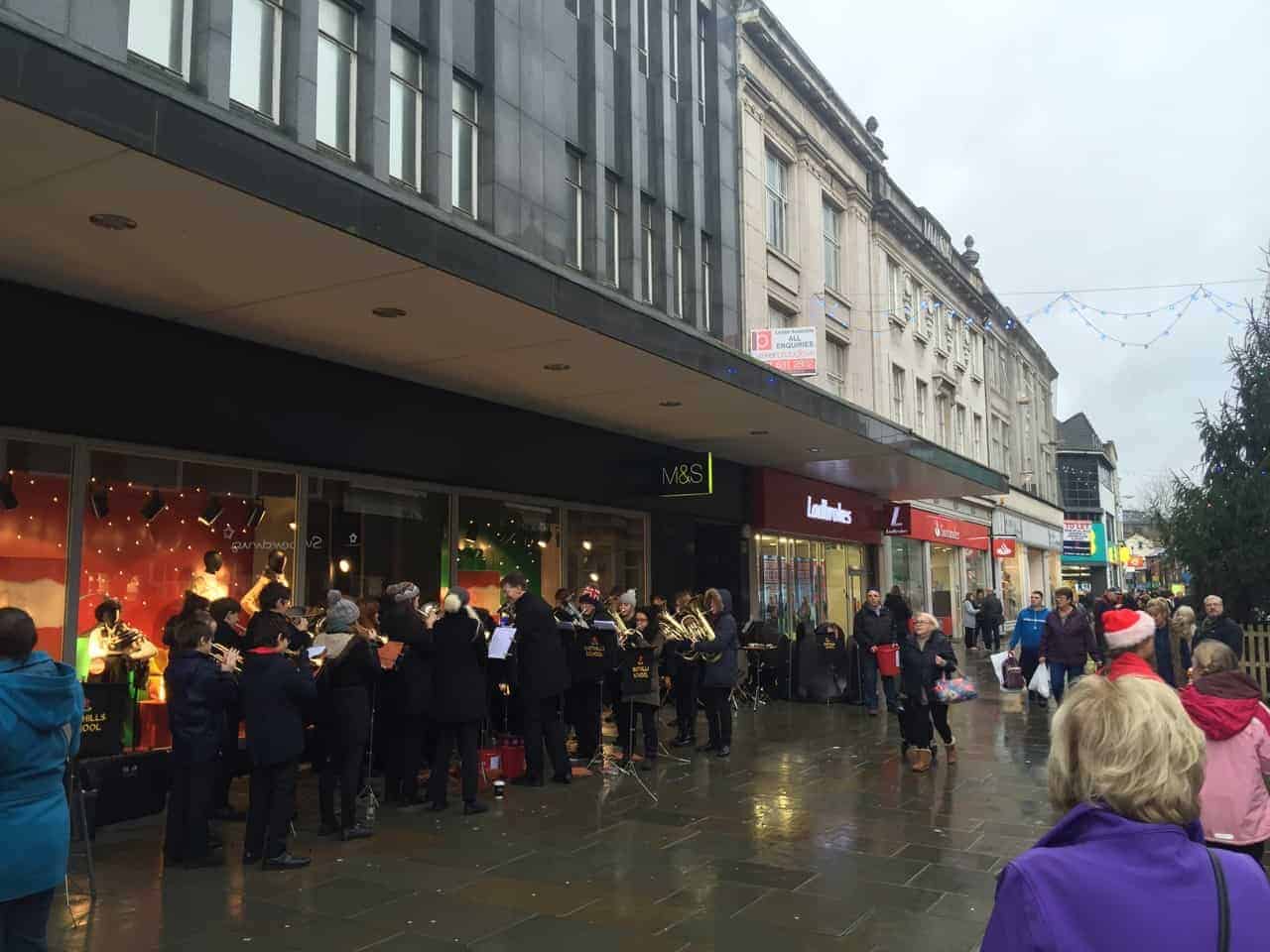 Friendly little Bolton is like many medium-sized English cities I’ve been to on my soccer tours. Imagine a college town like Eugene, Oregon, but with an industrial past and an active train station in the middle of it.

(Update: This post was written in December 2015, and I haven’t been back to Bolton since. So things might have changed. But with the Trotters down in League Two, I honestly doubt I’ll get back soon to find out.) 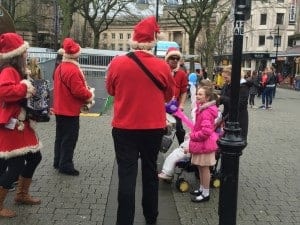 Like many of these towns, Bolton has turned its old downtown into a pedestrian mall, and like Eugene, that mall is not exactly lined with designer clothing shops and small-plate Spanish cafes. It’s more like Pound-Stretcher and nail salons, pharmacies and gambling shops. (Gambling is ubiquitous in England!)

In this case, the downtown area was nicer than perhaps it usually is, because it was Christmas season and they had a Winter Festival going on. There was a school band playing holiday tunes, a Santa’s Cabin with a long line of moms and little ones, a skating rink, a tipi with some form of entertainment going on inside, and then a hipper, swingin’, possibly intoxicated Santa band that was actively engaging little kids on the street and making them sing and giggle.

I would later realize that a Winter Festival is actually Stage 20 of the Standard Northern English Town Story.

Some more scenes from the centre: 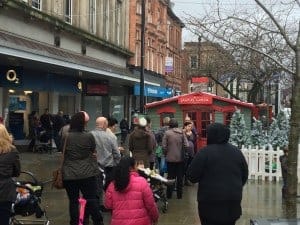 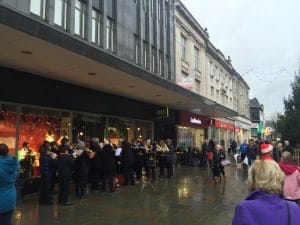 Also like many English cities, Bolton is making an effort to revitalize this downtown, with a big “interchange” being planned around the train station. Still, it’s basically a city core of two- and three-story buildings, mostly brick, filled with newer mid-grade shops and the occasional older, more traditional shops. At 20 minutes from central Manchester, I suspect it’s now largely a bedroom community as well.

As an example of the old-time shops, I came across this little pasty shop with its display window filled with … I’m not sure what. A Manchester Tart? A Whist Pie? Aussie Crunch? Barm Cake? I had to appeal to my English friends on Facebook for help.

What I do know of Bolton’s history is really from Wikipedia. Other than going to a game there and catching up on internet tasks at the hotel, I didn’t see much. From what I read, though, it was mostly a mill town, with more than 200 cotton mills in 1929. 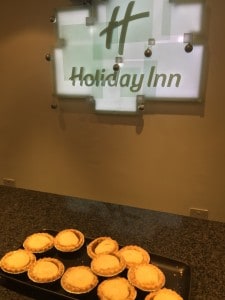 I will say this: It seemed a right friendly town. Starting at the hotel, where they had welcome pies out, I found everyone to be quite pleasant, even when they couldn’t make out my goofy accent. (I did even worse at theirs.) What they didn’t have at the hotel, though, was a room ready for me. So I left my bag and headed for the football ground.

I stopped on the way at a camping shop to get a daypack for games; the employee there was a Bolton Wanderers fan and, as always, I noticed two things right off: One is that football is an express route into the local culture, and the other is that, as an American, all you need is a tiny scrap of information to impress the locals.

In this case, I knew that Bolton were bottom of the table and that Fulham, their opponent that day, had no manager. So I wasn’t expecting a classic. From there, we spent several minutes talking footy and the shared misery that being a fan brings with it.

Next up, I needed a meal, and I saw a fish and chips restaurant called Olympus. I do love my fish and chips, but I don’t often get them in a proper sit-down restaurant — usually more like a stand-up joint or a truck outside a game … which I usually regret. So in I went — and was greeted by someone holding the door and showing me to a table. Well, now! 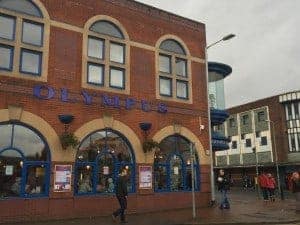 If you cross a Shari’s with your standard old-person café, you would get Olympus Chippy, but with much better food. I sat near the door and watched that doorman greet a parade of pensioners and families, and I thoroughly enjoyed a classic meal of haddock, chips, mushy peas, and white bread. Actually, the white bread was disgusting. 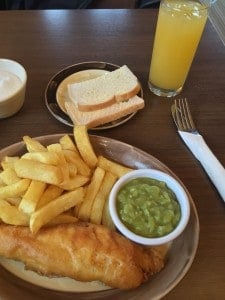 I also enjoyed the confusion when I told the woman at the counter that I wanted an Orange Crush, thinking that’s what the menu said — only (A) she didn’t understand my goofy accent and (B) it said Orange Squash. I guess that’s just watered-down orange juice; how British.

Still, as a sign of how my time at Bolton went, she apparently told some of the staff that I was American, because a few of them came over to say hello and ask where I was from, what brings me to Bolton of all places, and how’s my haddock.