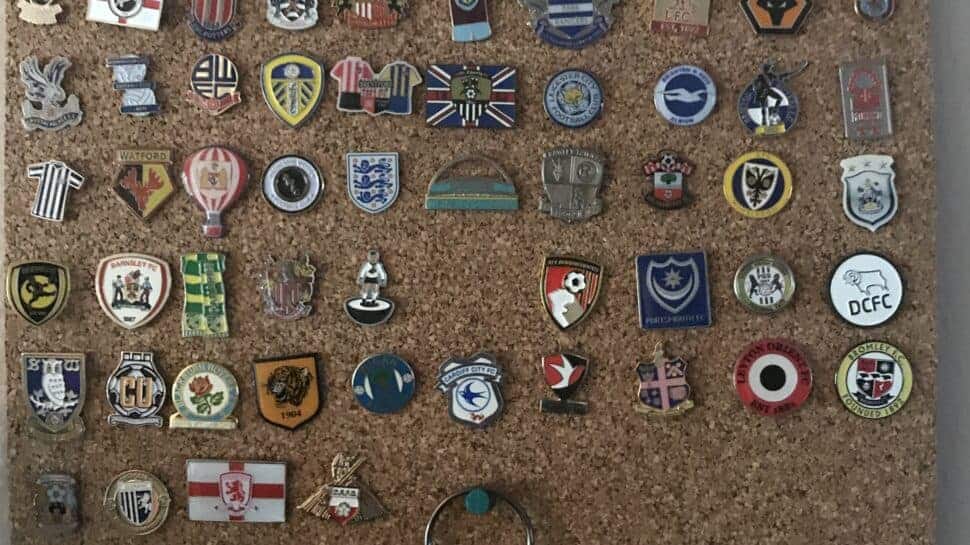 Here is my pin badge collection, as of February 2020, from the English soccer clubs I have visited since 2014–in the order I went to them.

As of February 2020, I have seen 126 games at 69 different grounds around England and Wales, including 63 of the 92 league grounds and all of the clubs currently in the Premier League and Football League Championship.

Until this year there were a couple of gaps in the collection. That’s because in the early days I wasn’t into the badge thing — I’m not even sure I knew they existed — and a couple of those clubs I hadn’t circled back to for my badge just yet. I also lost my Oxford United badge somehow. So on a recent trip, on arrival at Heathrow, I just took a coach out to Reading, then a train to Oxford, just to get a couple of damn badges.

Sound crazy? I’ve done it before. I once spent my arrival “Zombie” Day taking a three-hour coach to Birmingham and public transit to West Bromwich, just to get a badge from The Hawthorns — all on the way to a game in Barnsley!

This groundhopping thing makes you do some goofy shit.

Here’s a fuller picture of the collection (click to expand). 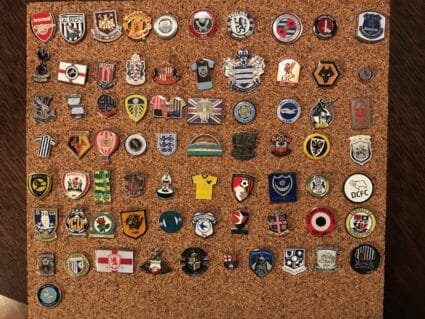 Confused? Check out my Consulting and Ticket Services 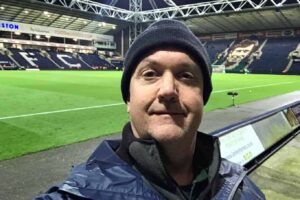 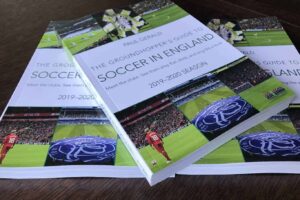