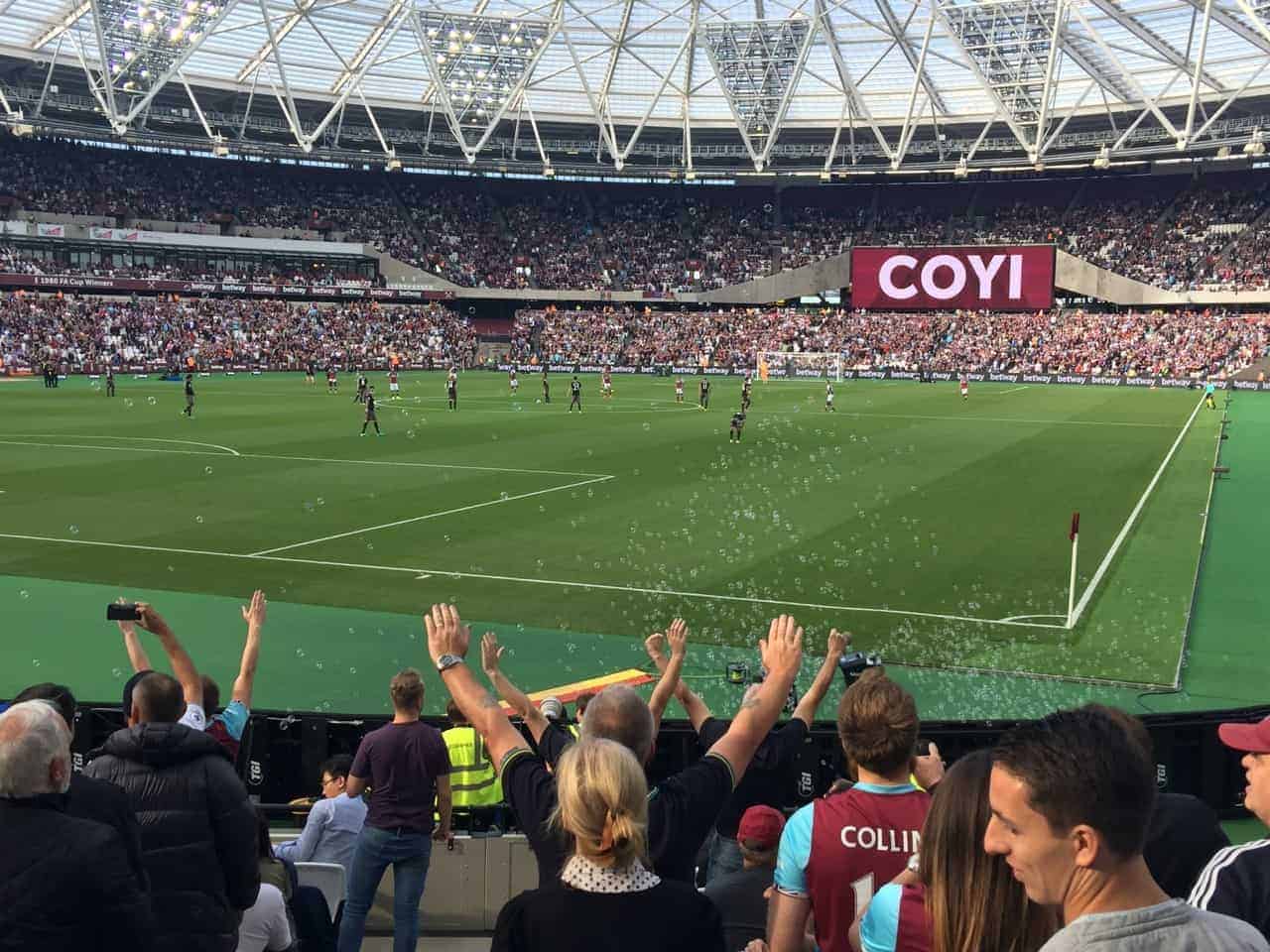 As I have traveled around England these last few years, going to 100 games and counting, I have noticed a trend which I recognize from the America of my youth. 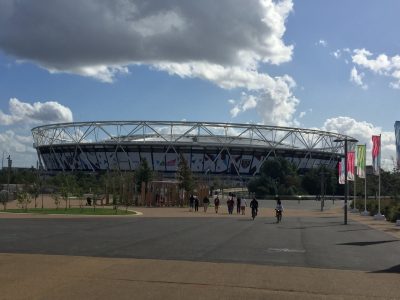 England is busily tearing down, or “rebuilding,” their old grounds in the middle of their towns, and replacing them – sometimes nearby, but often out in the suburbs – with comfortable, clean, dull, sterile, stadiums that few people seem to genuinely like.

Sure, sometimes they confess that it’s nice to have legroom and not be constantly breathing the scent of piss and stale beer, but in the next breath they will say they miss the atmosphere, and their seating neighbors, at the old dump.

For example, just Google the stadiums at Stoke City, Reading, Southampton, Sunderland … they are all quite literally the same place. And it’s a nice place. It is, with luxury boxes added, essentially Three Rivers Stadium or Memorial Stadium (in any number of US cities) or Candlestick Park. 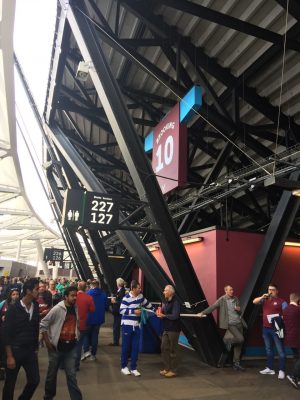 My hope, then, is that England will, as America did, come full-circle and start building new, modern, comfortable places modeled after the old, character-filled grounds. See, for examples, see pretty much every Major League Baseball stadium in America. It all started with Camden Yards in Baltimore, a revelation when it opened and a template ever since. May England soon find its Camden Yards.

All of this was on my mind as I settled into the absolutely gorgeous London Stadium at Queen Elizabeth Olympic Park in East London — aka Betty Park. It hosted the 2012 Olympics, and now it is home to West Ham United Football Club. It is gleaming, magnificent, nearly epic … and surrounded by vast expanses of concrete and reclaimed industrial waterways posing as pocket parks.

To walk there from the train is to be herded from a mall on the edge of a multiple-crane construction site (apartments and condos everywhere) in what was once a mighty industrial area, into a manicured semi-theme park in which a perfectly circular stadium sits, freshly labeled Home of the Hammers. 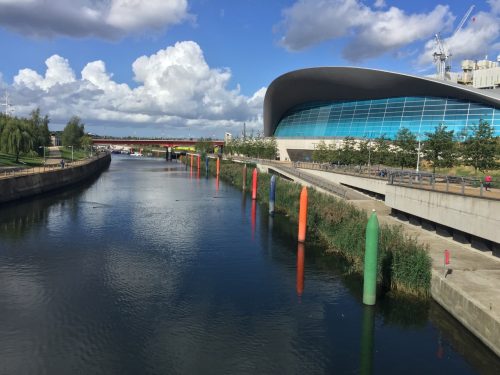 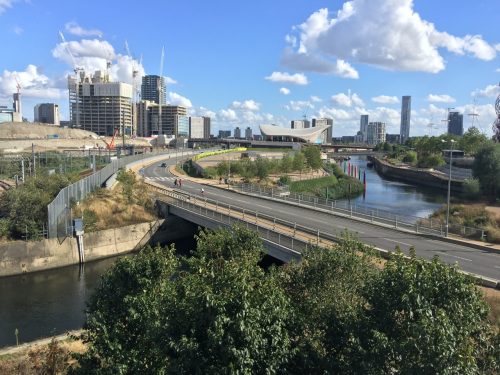 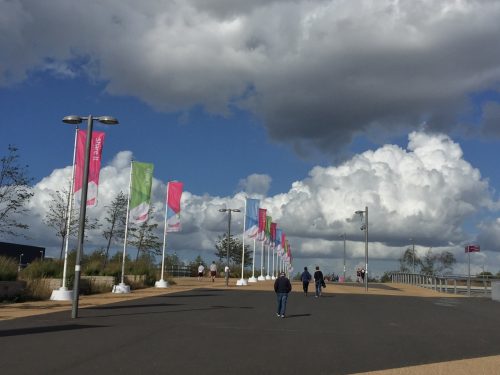 Plaza where Olympic medals were handed out. 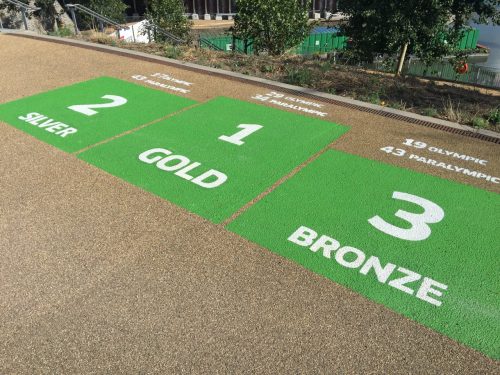 You can stand where they stood! 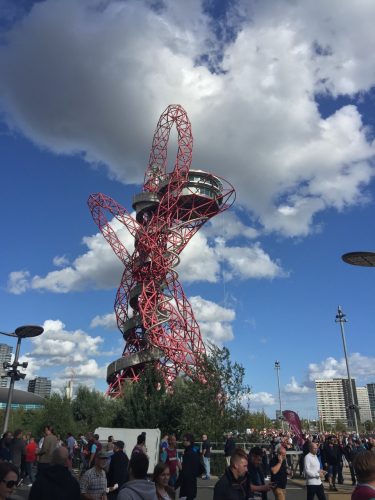 I’m told you can rappel or slide off this. 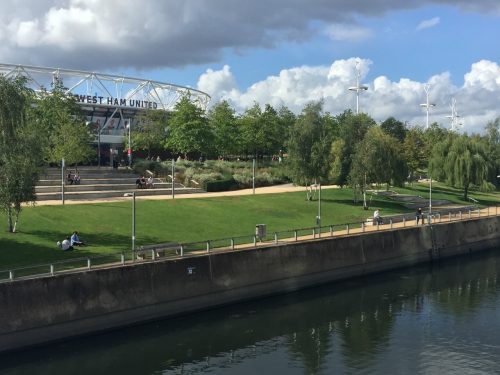 And oh, how West Ham had big plans for their new home. Last year, in their final season at the Boleyn Ground, they made a big run, got a spot in the Europa League, signed a bunch of expensive players, sold a pile of new season tickets, and prepared to launch for the big time. Then they got knocked out of Europe by someone called Astra Giurgiu, suffered the annual injury to their star player Andy Carroll, and then – just before I saw them – twice gave up four goals in a home game and settled into 18th place, out of 20, down in the Relegation Zone with full-time inhabitants Sunderland. 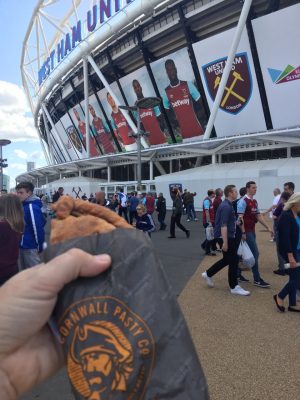 So let’s just say that, as I bought a Cornish Pasty for 6 quid – they couldn’t even adorn the new place with real food trucks? – and did my traditional walk around the ground, I wasn’t weaving through an extremely happy set of Hammers. When I took my seat, though, I found myself gawking at the view, which I appreciated in particular since, to get there, I had to (A) purchase a 40-pound annual membership and still (B) enter a lottery to get into this game. So at a total cost of 80 quid, some $105 on the day, it better be a nice view!

And it was, though the field seemed a bit far away, “epic” and “cozy” not being mutually-appearing qualities. I did, however, have lovely neighbors who welcomed me and showed interest in my project, then shared some observations of the match and chuckles at the songs.

I had also looked forward to hearing them sing “Forever Blowing Bubbles” with about 20,000 additional voices, so I was a little disappointed to miss the opening chords. 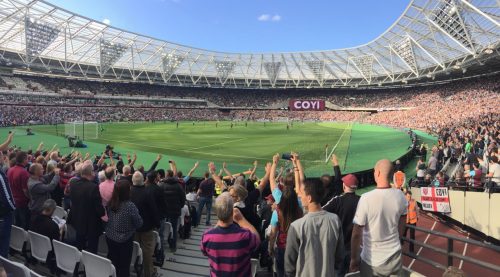 Yes, they can still knock it out, because yes, they still believe, and yes, West Ham’s dreams are still basically bubbles that fly so high, then fade and die. And by the way, don’t you just love the accent on “high” and “sky” and “die”?

I was there in 2016, when West Ham were truly awful. In the week before I saw them, they had blown a 2-0 lead at home to Watford, losing 4-2, and then were knocked out of the EFL Cup, at home, by, yes, Accrington Stanley! I had to look them up on the map. My neighbor said their fans never quit singing the whole game, to which I could only say, “I imagine not. Anyway, someone here ought to enjoy themselves.” 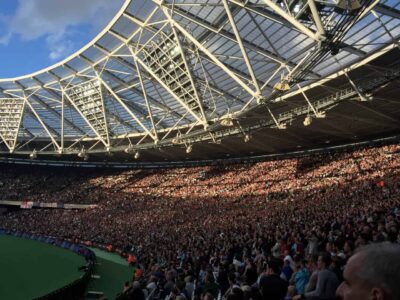 As Southampton slowly took control of this game, leading 1-0 at halftime and eventually 3-0 at the end, the tension and frustration among the home fans grew and grew. Early on, they were getting after the visitors with taunting songs like “You only sing when you’re winning” and “We forgot that you were here,” but as the debacle dragged on, it was the Saints fans bellowing out “When the Saints Go Marching In” and “Is This a Library?” After the third goal went in and Hammers headed for the exits, the Southampton folk sang one of my favorites, “Cheerio,” as they waved them out of their fancy new building.

West Ham, fans, meanwhile, showed only pockets of support throughout the ground. Apparently the club, when doling out season tickets, broke up the core support that used to sit together in the Sir Bobby Moore Stand at Upton Park. Now Bobby Moore and Trevor Booking are just signs on opposite ends of a single, gleaming bowl. And as the clock ticked to 90 and the stands cleared out, one of the pockets off to my right, which earlier had bellowed with “Bubbles” and “We’ve Got Payet,” devolved instead to singing, to the common Guantanamera tune,

Stayed at the Boleyn,

We should have stayed at the Boleyn.

We should have stayed at the Bo-leyn.

I’m sure better days will come to West Ham; at least I hope so. Great set of fans, traditional club, amazing history, and now a fantastic stadium. For now, their aim will be to settle in, find their voice, and hope they aren’t hosting Accrington Stanley in the league next year. 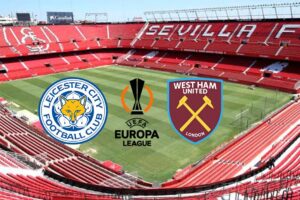