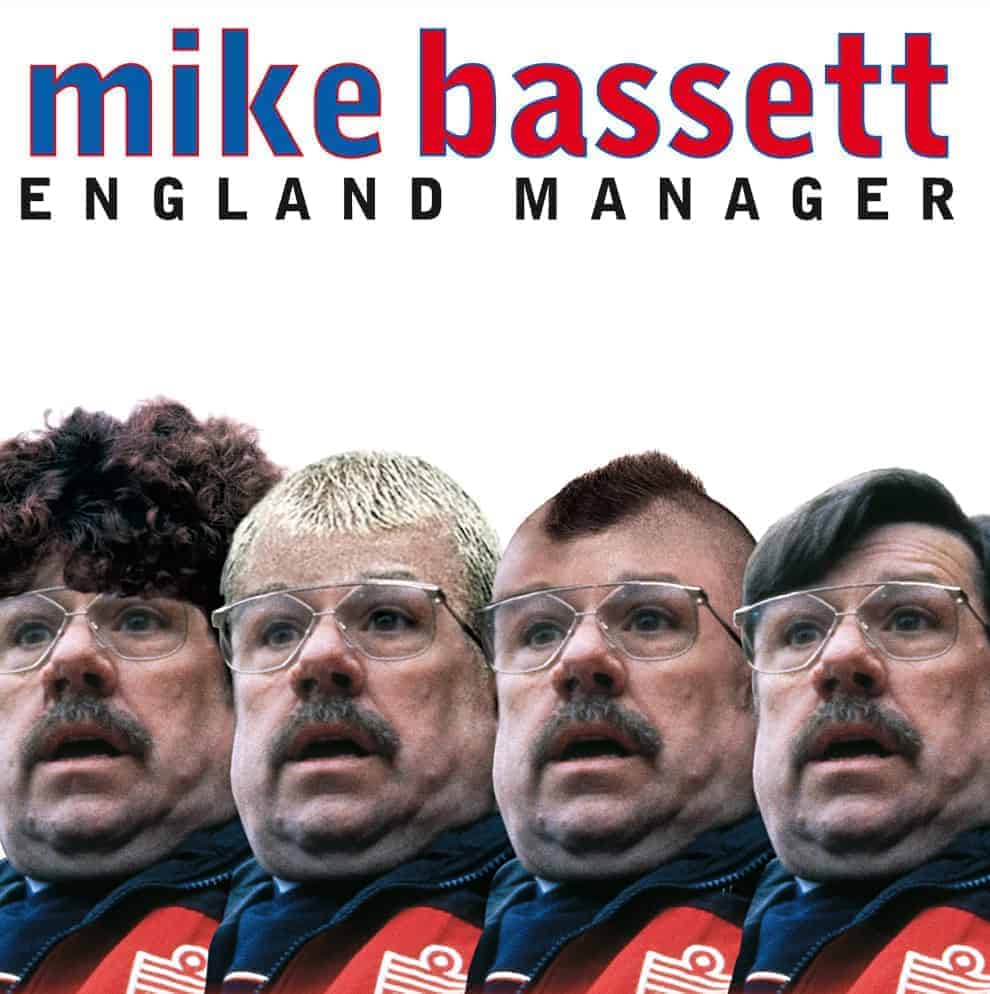 What can be more fun than taking a bunch of well-known cultural figures, packing them into a parody of a well-known actual event, and then making them all look silly? 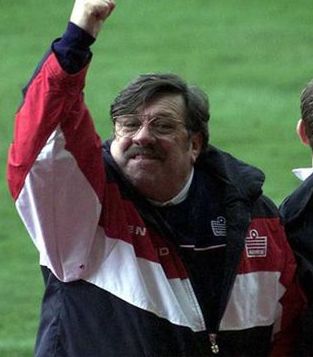 Manager Bassett, either happy or angry, it’s hard to tell.

Even if you don’t have any idea who or what is being referred to, this can be a lot of fun. And so it is that I laughed my way through the film Mike Bassett, England Manager (Amazon Prime), even though I didn’t catch a single one of the countless references to apparently well-known (English) people and events.

Even without the background knowledge, the stereotypes are everywhere: the clueless old farts that run the Football Association, their difficulty finding anyone to work for them (one is a loudmouth and one is apparently incarcerated), the absurd players, the vicious media, the awful team song, and then the desperate hiring as coach of a man who just won some stupid cup tournament that no one’s ever heard of. (The Mr. Clutch Cup isn’t a real thing, but the Checkatrade.com Trophy is.)

He, Mr. Bassett, is a buffoon, but an entertaining one with a good heart and an old-fashioned belief that England should play the 4-4-2. He brings along one assistant who’s literally a used-car salesman trying to sell everyone a car, and another who says exactly whatever the other person wants to hear, even if it’s the opposite of what he just said.

And here I should pause and say that all three of these are based on well-known people from a well-known time in English football: the national team’s failure to qualify for the 1994 World Cup under manager Graham Taylor, who came from a lower-division club and brought two assistants with him who apparently form the basis of these two assistants.

Taylor wasn’t an idiot, near as I can tell — he is beloved at Watford, where there’s a stand named for him — but apparently he came off poorly in the original documentary this is all based on, An Impossible Job. The general thrust of that one is that you would have to actually be an idiot to take the England job. 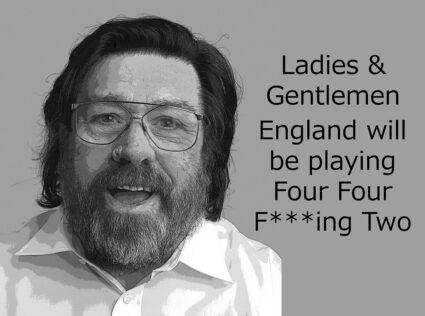 Bassett, meanwhile, inherits a team which, again, I am told, resembles an English team of the 90s: the playboy midfielder (David Beckham), the psychotically violent center half (Vinnie Jones), the zero-confidence striker (Emile Heskey). It’s a total disaster. They lose to Poland and Belgium by a combined 5-1, then draw at home to Slovenia — but qualify for Brazil because Luxembourg somehow beat Turkey.

It doesn’t really matter how they do in Brazil, but along the way you get to see scenes which I’m sure are part of the English football fan’s mind in much the same way your average American baseball fan can quote Bull Durham:


It’s all totally absurd, and it’s all really good fun. And if you then (like I did) go and do a little research into what the hell it’s all about, you just might learn something as well!