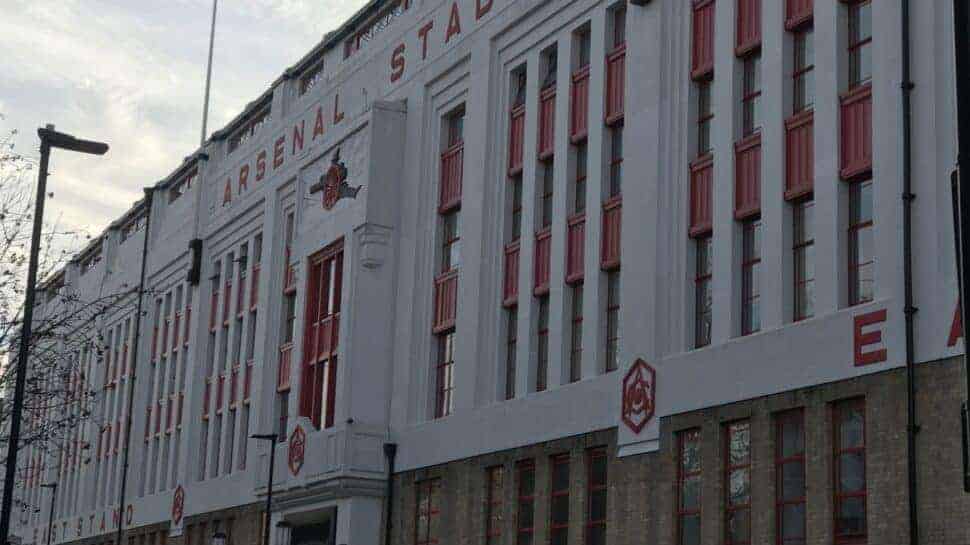 Please note that this is mainly a review of the soccer book called Fever Pitch — less so the movie, and certainly not the American film of the same name.

It’s a very important distinction, because if you say “Fever Pitch” to most Americans, they think of this horrible American movie about the Boston Red Sox. But we’ll get to that. Let’s go back to the beginning, to the real Fever Pitch. 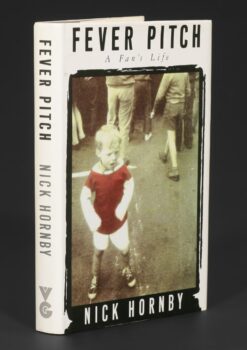 Cover of the first UK edition of Fever Pitch. (Click the image to buy on Amazon.)

Nick Hornby is a lifelong Arsenal supporter in the real world. In 1992 he wrote a memoir about a completely obsessed football fan. And I am not even sure “obsessed” is the right word. We think of men who follow sports teams as somehow charming or maybe lacking a bit of perspective. But Hornby is, by his own admission, kind of a dick at times.

But he’s a terrific writer, and the book is lovely. Nothing else I’ve read comes close to describing the sports-fan experience nearly as well as this one. It starts with his dad (doesn’t it always?), haunts his childhood, confuses jobs and relationships, tortures his adulthood, and finally delivers ultimate bliss.

When Hornby wrote the book he was married, and in the book he tells a few stories about their early days of dating. His wife seems to be into Arsenal, but in what you might call a normal way. She enjoys the games, but she also has a life beyond them. 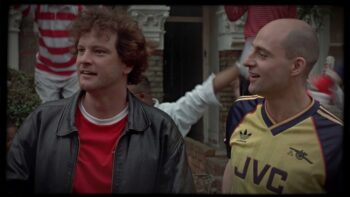 Colin Firth and that guy from Kingsmen, here in the UK film version of Fever Pitch.

Well, this relationship was all the film industry needed to know about. In 1997, they made the British Fever Pitch film, with Colin Firth and Ruth Gemmell, basically all about the relationship — as films do. Hornby did write the screenplay, so as a fellow writer, all I can say is that I hope he got a nice big check for rewriting his own book!

Firth and Gemmell are fine, though, and aside from focusing too much on the relationship, it’s a fun film. It can be hard to find; I had to hit up a local video shop, which actually still exists in my hometown of Portland.

One nice thing about this film is that it includes some proper footage from Arsenal’s old stadium at Highbury.

Then there’s the American movie called Fever Pitch which, honestly, I refuse to even watch. Nothing against Drew Barrymore or Jimmy Fallon, but having already contorted the book to make it a love story, I can only imagine what abuses Hollywood unleashed upon Hornby’s work. I hope he got a really big check for that one!

One funny story about the American Fever Pitch, though. They filmed it in 2004, when the Red Sox made the playoffs, and in the screenplay they assumed Boston would lose — because, as of the summer of 2004, they always did. But after they took out the Yankees to win the American League and then won the first three World Series games against St. Louis, the producers flew Fallon and Barrymore down to St. Louis, had them attend Game 4 in character, and then, when Boston won it, run onto the field to kiss and celebrate.

What Happened to Nick Hornby after Fever Pitch?

Nick Hornby is still an Arsenal fan, poor guy. He went on to write several other books, including High Fidelity (made into a film with John Cusack), About a Boy (Hugh Grant), A Long Way Down (Pierce Brosnan), and Juliet, Naked. He also started a foundation to fight autism in honor of his son. 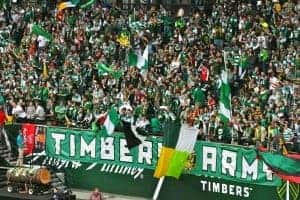 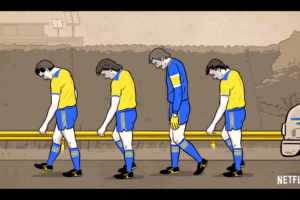