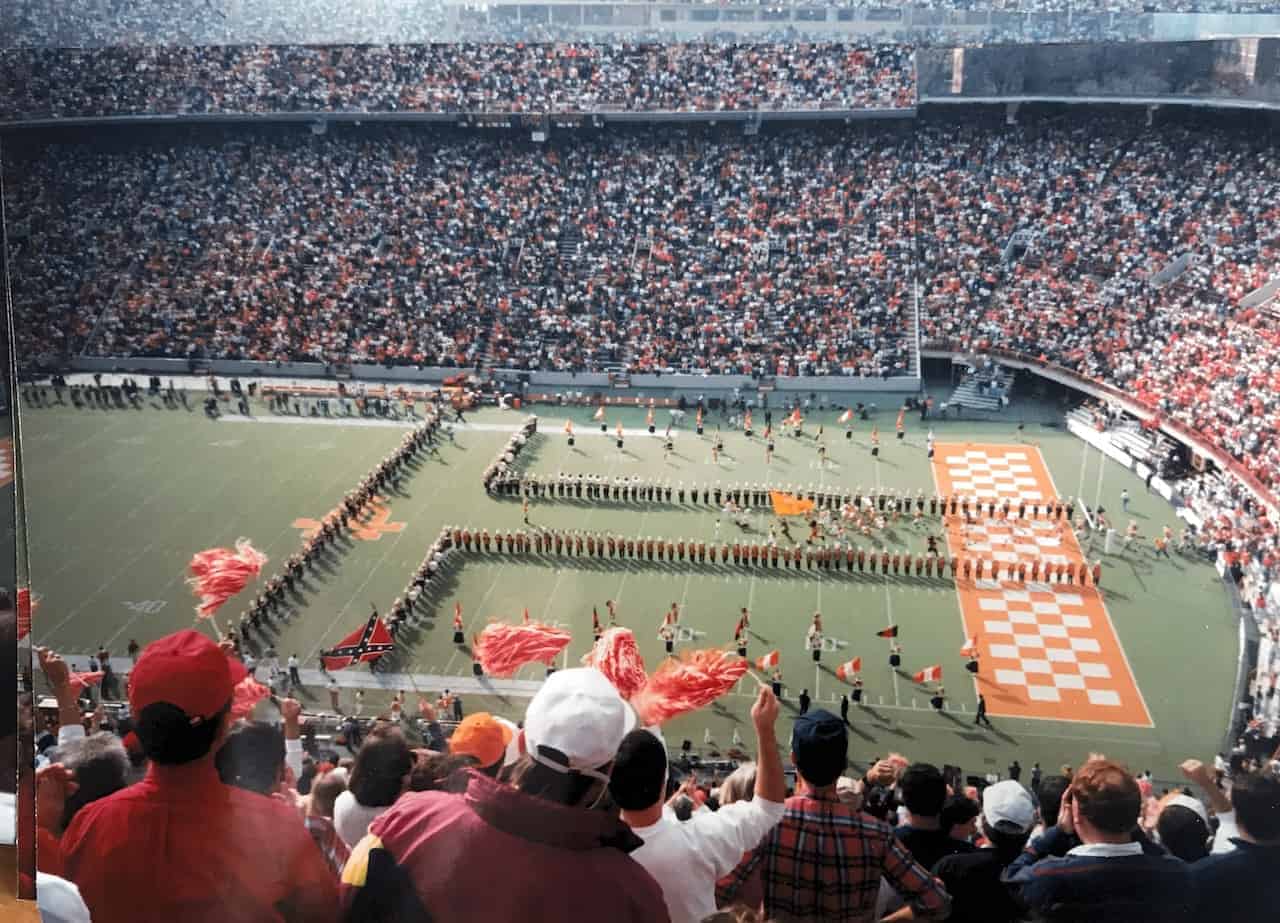 I Took an Englishman to a Tennessee Vols Football Game

Before I started helping (mostly) Americans see soccer games in England, I was a sportswriter and a travel writer. One of my stories from that time is when I took an Englishman to a Tennessee Vols football game.

I am now a veteran of well over 100 English soccer games at more than 60 football grounds around the United Kingdom. I try to explain soccer to people, help them see games, and share all I can about the supporter culture as I learn it, mostly from English people.

But in 1991, the roles were reversed. I was 25, living in Tennessee where I grew up, and a follower of the Ole Miss Rebels football team. I went to see them play American football against the Tennessee Volunteers in Knoxville, and the night before, in a youth hostel in Gatlinburg, I met an English guy named Neal.

Neal was on a cultural tour of the southeastern US, and my default setting is to see and do interesting things, then help others do the same. And I like to tell stories.

So here’s the story — written years later for the Memphis Flyer newspaper — of how I helped Neal explore the big orange slice of American culture that is UT Vols Southeastern Conference college football at Neyland Stadium. Just like I now help Americans understand soccer in England, this was one time when I got to explain to an Englishman how American football is played.

Read “On the Orange Side” over on my original, personal site, PaulGerald.com.

(See if you can identify the mistake I made in writing that column — something in there that almost certainly could not have happened.)