Leicester City opened their Europa League group stage action with a draw at home against Napoli (2-2), and now travel to Poland for their first away game. Groundhopper Soccer Guides introduces you to their opponent, Legia Warsaw of the Ekstraklasa. 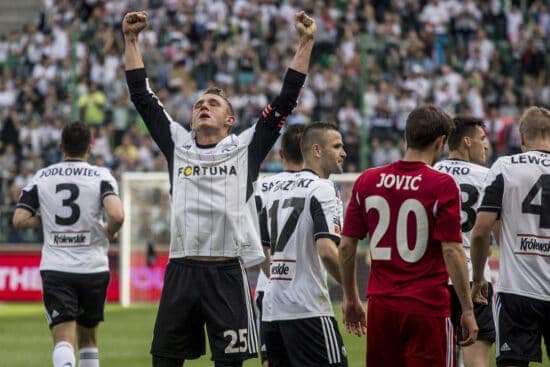 Legia Warsaw have won the most Polish football league titles of all time. (Image: Maciej Baranowski, CC BY 2.0, via Wikimedia Commons)

Legia Warsaw is the most decorated Polish club, having won a record 15 Ekstraklasa league titles and another record 19 Polish Cups. The club is the only one in Poland to avoid relegation from the top flight since World War II.

The club was originally formed in 1916 during World War I as a team for the Polish Legions, and was then reactivated in 1920. It was renamed Legia in 1923 after it merged with another local club.

Despite their domestic success, the 2021-22 Europa League is the first time in five years the club has qualified for the group stage of a European cup competition. With its last five league titles, the club earned a spot in the Champions League, but each time early losses pushed Legia Warsaw down into the Europa League.

The stadium’s name translates loosely to Polish Army Stadium in English. It has been the home of Legia Warsaw since 1930 and has a current capacity of 31,800.

The stadium underwent a complete reconstruction from 2008 to 2011, and only a small part of the original building was preserved. Stadion Wojska Polskiego is the seventh largest stadium in Poland, with amenities including a heated field, underground parking and a club museum. 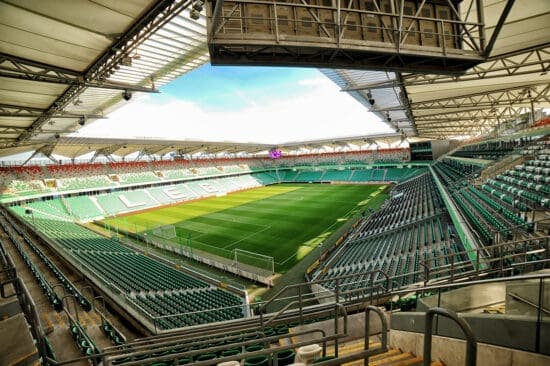 Warsaw’s stadium is often referred to as the Polish Army Stadium. (Image: Валерий Дед, CC BY 3.0, via Wikimedia Commons)

The City of Warsaw, Poland

Warsaw is the capital of Poland and its largest city. It sits on the Vistula River in the central part of the country. Warsaw has an estimated population of 3.1 million people, making it the seventh-largest capital city in the European Union.

When the city was founded and made the capital in the 16th century, it was given the nickname ‘Paris of the North’ by the royal family due to its elegant architecture.

During World War II, Warsaw was decimated by the Germans, and 85 percent of its buildings were left in ruins. The historic Old Town was rebuilt and is now a UNESCO World Heritage Site due to its meticulous reconstruction. Poland joined the European Union in 2004 and Warsaw has since experienced its largest economic boom. 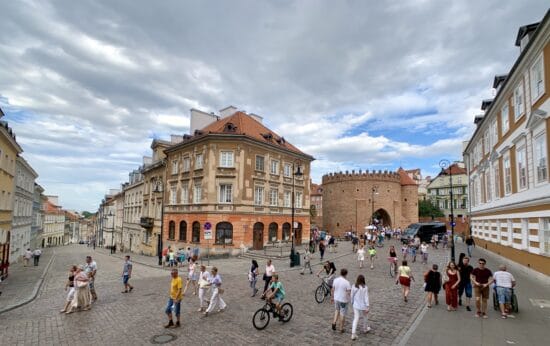 Here at the matchups between Legia Warsaw and Leicester City: