West Ham opened their Europa League group stage action with a 2-0 road win over Dinamo Zagreb, and now the Irons return to London Stadium for their first home contest of the competition. Groundhopper Soccer Guides introduces you to their opponent, SK Rapid Wien of the Austrian Bundesliga. 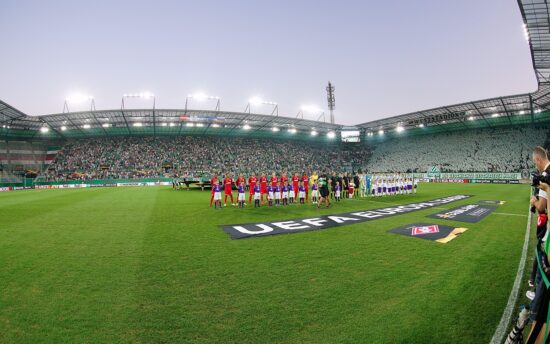 Officially named SK Rapid Wien but commonly known as Rapid Vienna, the Green-Whites play in country’s capital in the Austrian Bundesliga. The club won the very first league title back in 1911-12, and have gone on to win a record 32 championships.

Rapid Vienna have finished in second place in each of the last two years in the Austrian Bundesliga. Their last league title was in 2007-08.

Rapid Vienna are playing in the Europa League for the 10th time in the last 12 years. Last year they finished third in group stage action, falling to Arsenal twice, and most recently reached the knockout stage in 2018-19.

With a seating capacity of 28,000, Allianz Stadium opened in 2016 with a preseason friendly against Chelsea. The ground is on the site of the former Gerhard Hanappi Stadium, which served as Rapid Vienna’s home from 1977-2014. 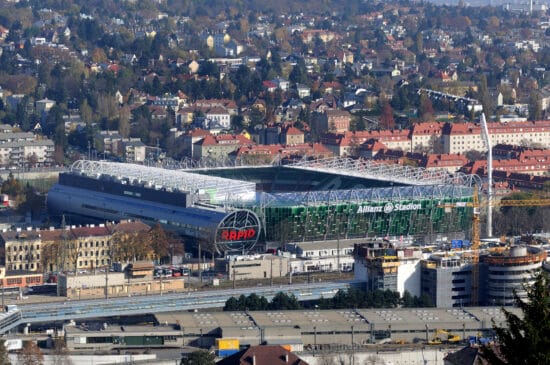 The City of Vienna, Austria

Vienna is the capital and largest city in Austria with 2.6 million residents, nearly one-third of the country’s population. It is also the second-largest German-speaking city in the world after Berlin.

Located in the eastern part of Austria, it is close to the borders of the Czech Republic, Slovakia and Hungary.

Vienna serves as the host city to many international organizations, including the United Nations. It is also known as the City of Music, as both Beethoven and Mozart called Vienna home. 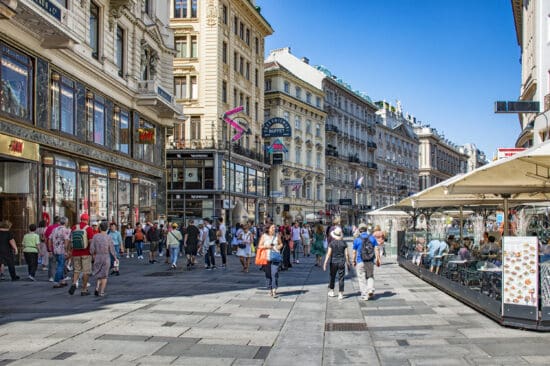 Here at the matchups between Rapid Vienna and West Ham United: