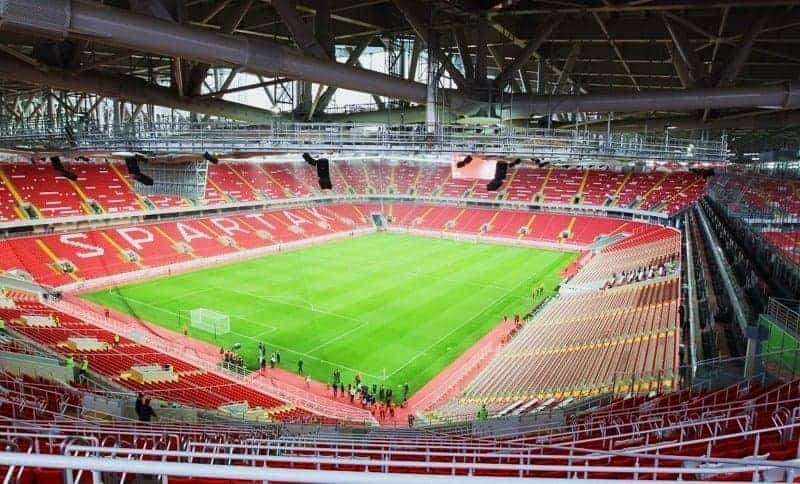 Leicester City sit at the bottom of Group C after a pair of games in the Europa League, and now face Spartak Moscow in back-to-back contests. Let Groundhopper Soccer Guides introduce you to their opponents from Russia’s Premier League. 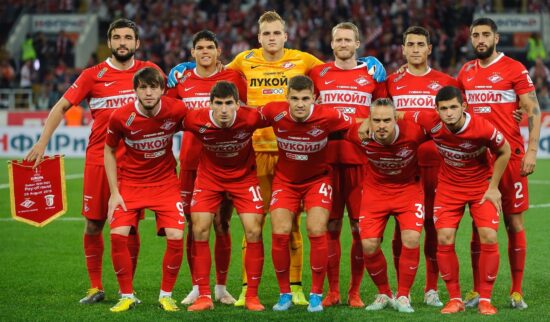 Spartak Moscow is the most successful club in the top tier of Russian football, having won a combined 22 titles in what is now called the Russian Premier League. The club’s greatest European success is when they reached the Champions League semifinals in 1990-91.

When clubs were formed in the Soviet Union, the domestic teams were created by police, army, and even railroad workers. That is why many clubs have Dynamo (from the Greek word meaning “power” or “power in movement”) or CSKA (Central Sports Army Club) as part of their name. Spartak was created by a trade union (a public organization) in 1883, and that is why their nickname is still The People’s Team.

When the structure of football changed in the Soviet Union in 1926, the club’s first sponsor was a food workers union. The club has since changed sponsors numerous times.

In 1936, the Soviet Top League was formed, and Spartak Moscow finished second behind heated rival Dynamo Moscow. The two clubs have since dominated Russian football.

Located in the northwest part of Moscow, the 45,360-seat stadium is one of the top venues in Russia. In addition to hosting games for the Russian national team and the home matches of Spartak Moscow, five games of the 2018 World Cup took place there (including when England was eliminated on PKs against Colombia in the Round of 16).

The stadium was inaugurated in 2014 and cost $232 million to build. 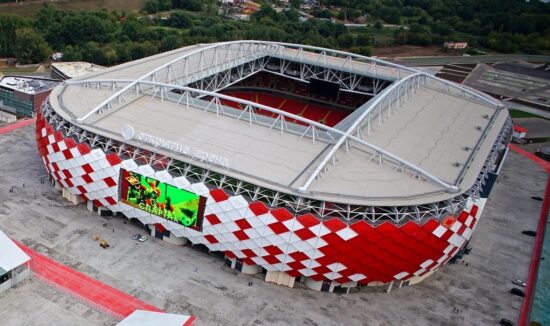 The City of Moscow, Russia

Moscow is the capital and largest city in Russia. It is located on the Moskva River in the center of the country with over 20 million residents in the metropolitan area, which covers over 10,000 square miles.  Moscow is the largest city by land area on the European continent.

The city is home to many UNESCO World Heritage Sites and receives an estimated 4.8 million tourists each year. 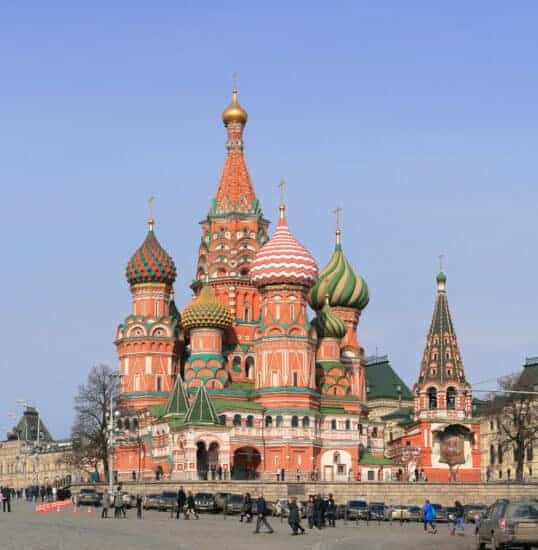 Here are the matchups between Spartak Moscow and Leicester City: