After a comeback performance in the second leg of the playoff round in the first-ever Europa Conference League, Tottenham open group stage action with a trip to France. Let Groundhopper Soccer Guides introduce you to Stade Rennais FC of the French Ligue 1.

UPDATED September 17, 2021: Stade Rennais opened with a 2-2 tie against Tottenham in the first game of the group stage. 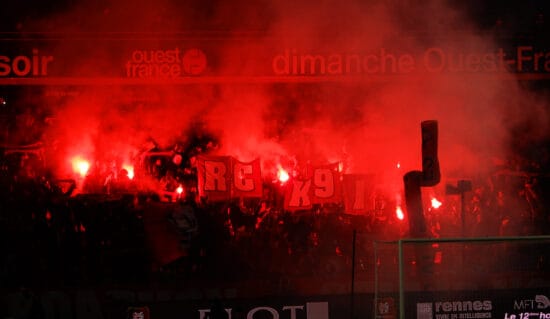 Originally founded in 1901, Stade Rennais FC, also known as Rennes, was one of the founding members of France’s first division of football. They are nicknamed Les Rouge et Noir, based on their popular red shirts with black shorts and socks that comprise their home kits.

A sixth place finish in France’s Ligue 1 last season qualified Rennes for the 2021-22 Europa Conference League. They advanced past Rosenborg of Norway in the playoff round, 5-1 on aggregate.

Rennes advanced to the group stage of last season’s Champions League, their first time qualifying for the UCL. They were grouped with Chelsea, Sevilla and Krasnodar, but only came away with one point for the six games.

Overall, this is the fourth straight season Rennes are playing in a major European competition. They made the knockout Round of 16 of the Europa League in 2018-19 (falling to Arsenal) and the group stage the following season.

The City of Rennes, France

Rennes is located in the northwest of France, and is 433 miles from London across the English Channel. The city’s history dates back more than 2,000 years. A massive fire in 1720 ruined most of the medieval wooden center of the city which was then partially rebuilt in stone.

Rennes was mostly rural until the 1950s, which saw a boom in population due to the growth of the industrial and business sectors. The city now has over 218,000 residents. In 2002, it became the smallest city in the world to have a Metro line.

As recently as 2018, Rennes was dubbed ‘the most livable city in France.’ 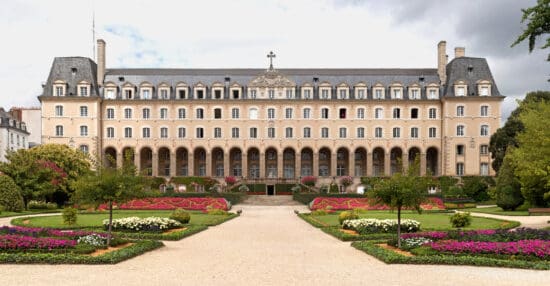 Here at the matchups between Rennes and Tottenham: