West Ham United sit atop Group H of the Europa League with a perfect six points after two games. They now face Racing Genk in back-to-back group stage games. Groundhopper Soccer Guides introduces you to their opponents from Belgium’s First Division A. 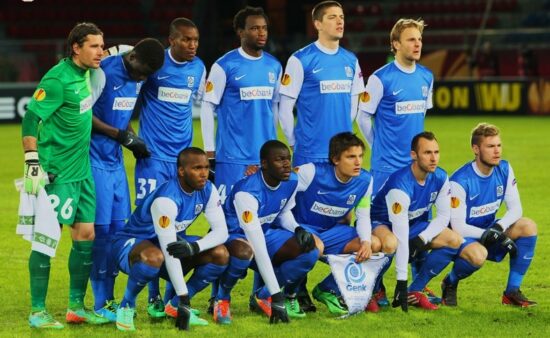 A fairly new club, having been formed in 1988, Genk have found success early. They have won four domestic trophies in Belgium (most recently for the 2018-19 season), and reaching the group stage of the Champions League three times (most recently in 2019-20).

The 23,718-seat venue was built in 1999 and is mostly used for football matches. In addition to Genk home games, the stadium has hosted the Belgium national team a couple of times, but not since 2010. 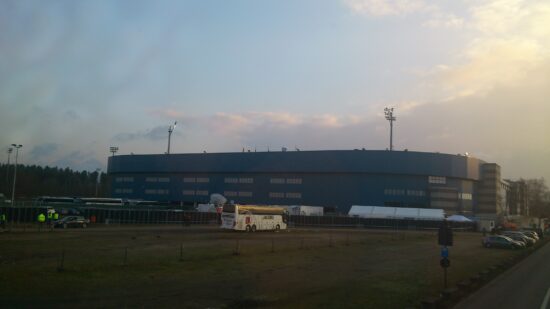 The U.S. national team played Italy in a friendly at Genk’s stadium in 2018. (Image: Geert Budenaerts, CC BY 3.0, via Wikimedia Commons)

The City of Genk, Belgium

Genk is located on the Albert Canal, and is one of the most important industrial towns in the Limburg province in northeast Belgium.

Coal was discovered in the city in 1901, and a rush of miners found their way to look for the “Black Gold.” The main coal mine closed in 1966, and Genk developed new industries utilizing its location on the canal. By the 1980s, all remaining coal mines were closed.

Besides touring parts of the old mining sites, tourists can visit an open-air museum, a planetarium, and many green spaces including the grounds of the Bokrijk Estate and a nearby national park.

Here at the matchups between Genk and West Ham United: