Playing in a European competition for the first time since 2016-17, West Ham United will make the journey to Croatia to open action in the 2021-22 Europa League. Let Groundhopper Soccer Guides introduce you to their opponent, Dinamo Zagreb of Croatia’s First Football League. 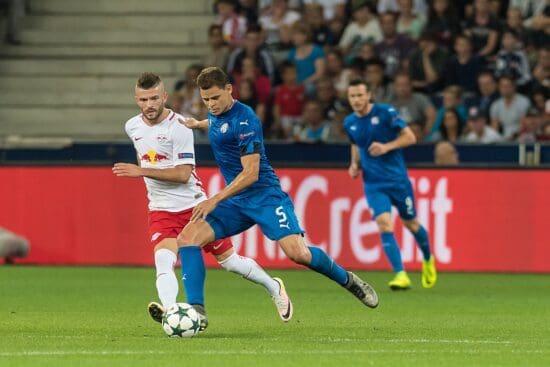 The most successful club in Croatian football history, Dinamo Zagreb have won 22 Prva HNL titles and 16 Croatian Cups, and have spent their entire existence in the top flight (dating back to 1946).

The club is the only Croatian club to win a European trophy, the 1966-67 Inter-Cities Fairs Cup, which they earned by defeating Leeds United in the final.

The club was originally founded in 1911 as HSK Gradanski, but was dissolved in 1945. That’s because, at the end of World War II, the new communist government of Yugoslavia considered the club as fascist and nationalist and disbanded them. The club rebranded and entered the Yugoslav First League in 1946-47.

After the breakup of Yugoslavia and the formation of the Croatian football league in 1991, Dinamo Zagreb have enjoyed great success having won each of the last four Croatian First Football League titles and 13 of the last 14 overall.

Dinamo Zagreb started in the 2021-22 Champions League based on winning their domestic league last season, but have fallen into the Europa League now. The club advanced passed Valur of Iceland in the first qualifying round, then over Omonia of Cyprus in the second qualifying round and over Legia Warsaw of Poland in the third qualifying round. The run came to an end in the playoff round, one step away from the group stage, when they lost to Sheriff Tiraspol of Transnistria.

Why do so many clubs in Eastern Europe have Dinamo in their name?

That question got us thinking, so we did some research. The best answer we came across was from Reddit user The_Antonin_Scalia:

In Eastern bloc countries, many teams were associated with government entities or factories. In pretty much every eastern European country, Dinamo was the Ministry of the Interior (police and secret police) team. Usually, there was also a team from the army (CSKA, Steaua, Partizan) and a team from the railroad company (CFR, Rapid București, Lokomotiv). In any case, Dinamo teams, due to their powerful connections in government, always had (and in many cases still have) the best players and facilities.

Along with serving as the home of Dinamo Zagreb, the stadium is also the home venue of the Croatia national team. Originally opened in 1912, the latest renovation came in 1997 and set the capacity at 35,123.

The stadium suffered significant damage during an earthquake in March 2020. Despite the damage, Dinamo are allowed to play in the stadium but the eastern stand (the biggest in the venue) is closed for all matches setting the capacity back to 25,912. 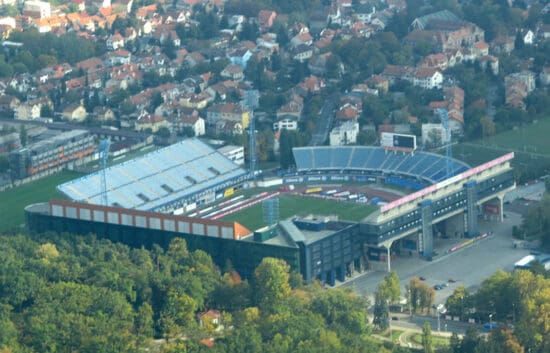 The City of Zagreb, Croatia

Zagreb, located in the northwest of Croatia at the slopes of the Medvednica mountain, is both the capital and largest city in the country. With a population of over 1.1 million, Zagreb makes up a quarter of the total population of Croatia.

The city’s history dates back to Roman times, and it is now considered a global city which welcomes well over one million tourists every year. 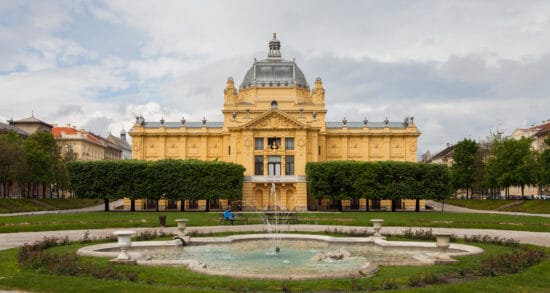 Here at the matchups between Dinamo Zagreb and West Ham United: