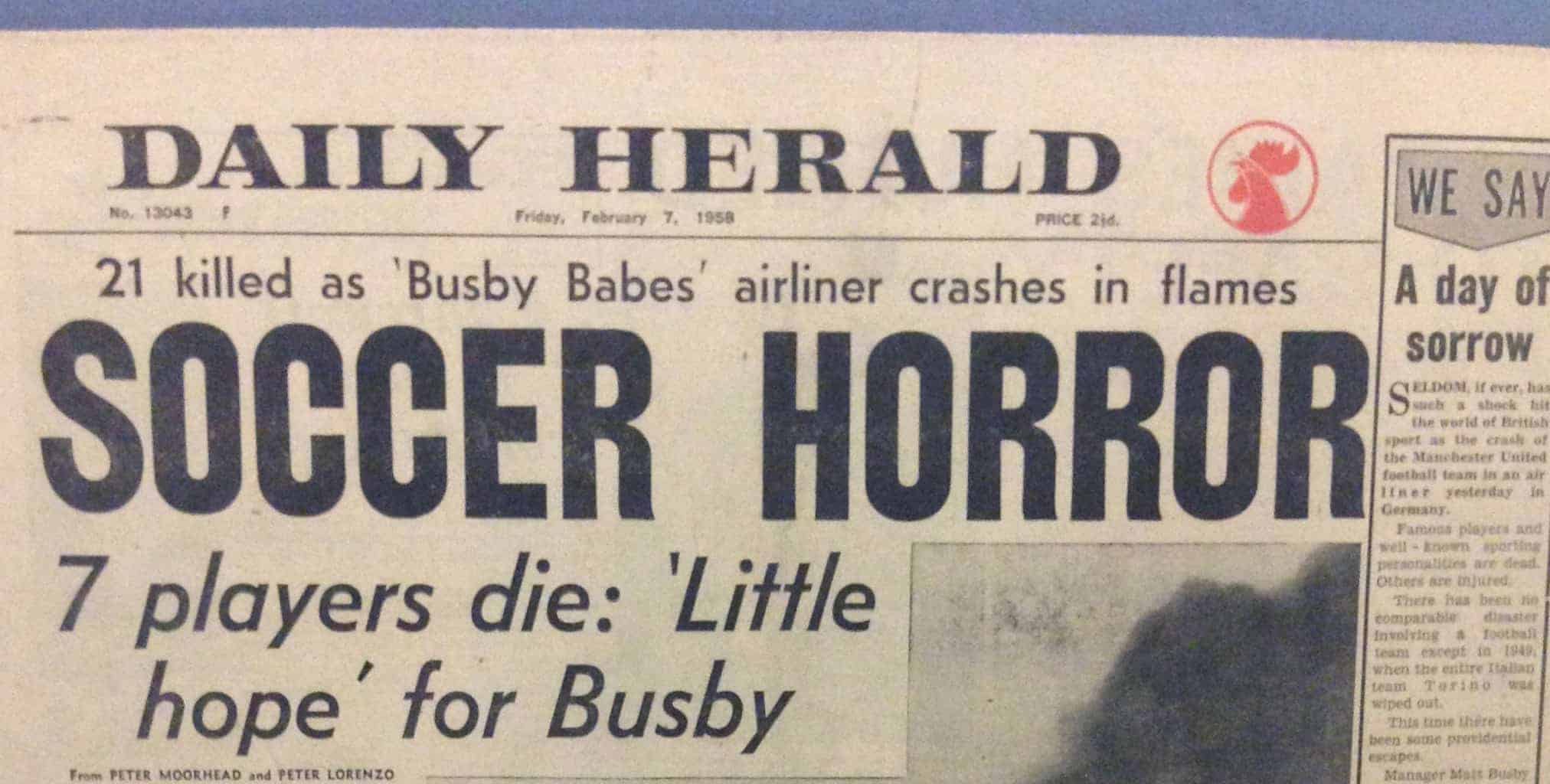 Why Do Americans Call it “Soccer”?

Over the course of my English soccer travels, one conversation has been repeated just about daily. It goes pretty much like this:

Actually, to give you the full picture, they don’t say “soccer.” They say something like “saw-kuh,” or sometimes they mock our American accent with an incredibly nasal “SOCK-errrr.” But it’s the tone you need to get: it’s equal parts annoyance, stick (an English term for giving you a hard time), and bewilderment (since in our football the ball is hardly ever kicked).

My official answer, which is true, has so far been, “As soon as I leave American air space, I call it football.” When I wrote my book, I had to say “soccer” because it’s mainly for an American audience – though I switch back and forth all the time.

But here’s what I want to say, but have only said to friends, about that word soccer: “It’s your bloody word! And it wasn’t that long ago you blokes were using it, as well!” 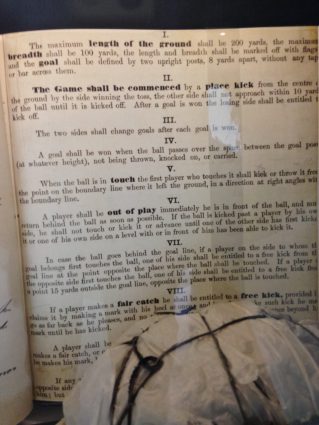 The Original “Laws of the Game.”

From this point forward, there were two official versions of the game: Rugby Football and Association Football. Soon enough, nicknames emerged to simplify things: rugger and soccer. So soccer comes from “association” and was invented by English people. Remember that.

Meanwhile, in the USA 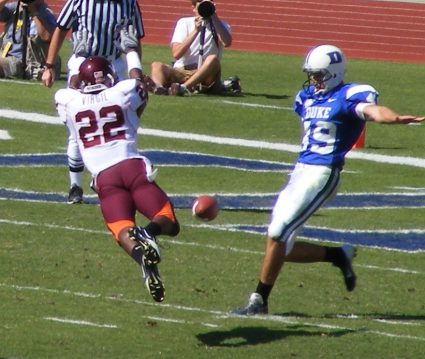 See, we kick the damn ball! (via Wikimedia Commons)

Over in America during this time, both forms of football were getting popular, but there was this other thing happening: in rugby football they were starting to throw the ball forward and do all sorts of other things, leading to a new game they called American Football. But this was confusing people with Association Football, so they adopted the English slang “soccer” for the latter in the 1920s, and started calling the game where they hardly ever kick it “football.” Ironic, I know. Occasionally American Football was called gridiron, but that was never a serious thing.

And then pretty much everybody in the States quit playing soccer and rugby, anyway, for about 40 years. But we beat England 1-0 in the FIFA World Cup in 1950, which I had to mention and which has to be the weirdest upset in the history of sports. In fact, the story goes that some English papers printed the score the other way  around because they assumed it was an error!

Critically, American Football become so popular that we just started calling it football. Rugby and soccer drifted into obscurity.

The Word Survives in England … And is Reborn in America 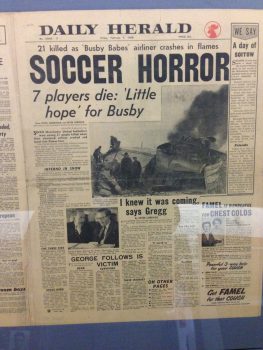 Meanwhile, in England, people actually used the word “soccer” a fair amount. The headline to the right is from the 1958 Manchester paper reporting on the Munich Air Disaster; I spotted it in the Manchester United museum. By about 1980, though, association football had become so much more popular than rugby football that they simply reverted to the current “football” and “rugby.”

Also in the 1970s, we Americans “discovered” this thing called association football, and decided it was cool. We formed a professional league and started paying attention to the World Cup. But since, by this time, our “football” had long since been the king of our sporting world, we had to call this “new” game something else. Obviously, we settled on its old English nickname, soccer.

As you will discover, this utterly infuriates many English people. They don’t seem to care that the Aussies, Kiwis, Canucks, South Africans and Irish call it soccer, as well. There is something about the combination of this game, that word, and us that sets them off. And, for a while, it really annoyed them that we were getting to be better at it then they were; we were getting out of our groups in the World Cup while they weren’t, and our record against them in World Cups was one win and one draw. But ever since Trinidad and Tobago, we don’t get to use that stick against them anymore.

And They Still Say “Soccer” in England!

One of the things I’ve enjoyed about my travels is seeing the word “soccer” pop up on occasion. Here, for example, from the Man U museum, is a magazine about United star Bobby Charlton: 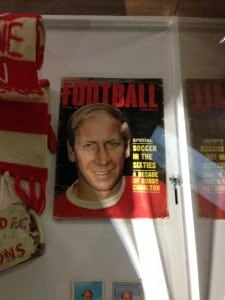 Even Football Magazine was saying soccer in the 1960s.

Yes, that’s from the 60s, but this is from Norwich City (then) of the Premier League just a season or two ago: 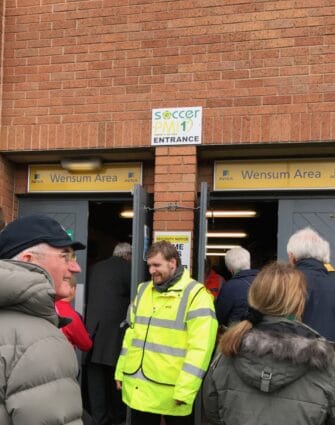 Alright, which Yank put that there?

So I’ll keep on taking stick from English people about “soccer,” and I’ll keep reminding them that they’ve never beaten us in the World Cup (we drew 1-1 in the 2010 Robert Green “Hand of Clod” game.)

I just want to point out that when I recently attended a game at Everton FC, I got there on the … ahem … Soccer Bus. In Liverpool, which isn’t in America. #EFC #Everton #groundhopping #BritsSayingSoccer #PremierLeague pic.twitter.com/gsCloPCtag

And then I’ll go back to the States and tell everybody how fantastic English Association Football is, whatever you want to call it.