What is the FA Trophy?

The FA Trophy (photo via thefa.com.)

The easiest way to think about the FA (Football Association) Trophy is that it’s just like the FA Cup, only for semipro and amateur English football clubs.

Let’s learn more about the FA Trophy — currently known as the Buildbase FA Trophy, as it is sponsored by the builders’ supply chain — starting with a quick background on the structure of English football.

The Leagues and Cups of English Football

Imagine a pyramid of leagues, with the Premier League at the top, the Football League making up the next three levels, then the National League at tier 5. Below that, with each level, there are more leagues, starting with the National League North and South at tier 6. It goes 10 levels down and includes dozens of leagues with hundreds of clubs competing for their league championship. All of this is connected by the system of promotion and relegation.

There are also “cups,” or knockout competitions, the biggest of which are the FA Cup for basically everybody and the League Cup for the top four fully professional tiers. The FA Trophy is the third most important of these; it includes teams from tiers 5 through 8.

History of the FA Trophy

The FA Trophy was founded in 1969, back when the Football Association made a firm distinction between amateur and professional teams. If a team paid any players anything, they could not enter the FA Amateur Cup, but these semipro teams had no chance in the FA Cup against fully professional clubs. So the FA Trophy was created to give semipro teams a shot at getting to Wembley to play for a trophy.

In 1974, the FA stopped making such distinctions, which ended the Amateur Cup and left us with the FA Trophy and FA Vase as competitions just for the non-league clubs below tier 4.

Current holders are Bromley, a South London club in the National League. They defeated Wrexham in the 2022 final, 1-0, in front of 46,000 people at Wembley Stadium. 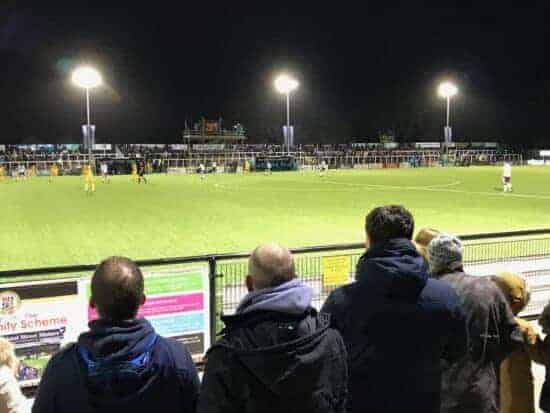 As with the FA Cup, the FA Trophy starts with qualifying rounds for the lowest-tier teams. And like the FA Cup, these early rounds are “regionalized” to help these tiny clubs and their supporters with travel costs.

Also, as with the FA Cup, with each round up until the Third Round Proper, a new batch of clubs enter the competition for the first time.

After this, it’s a standard random draw through the semifinals, with games at each club’s ground.

All games are now settled on the day, meaning no replays; if a game is drawn after 90 minutes of regular time and 30 minutes of extra time, it goes to a penalty shootout.

The Final is always played at Wembley Stadium in London.

Wembley Stadium is the site of the FA Trophy Final and almost all other championship games in English football.

The FA Trophy Final is held at Wembley Stadium on the first Saturday after the FA Cup Final, and it is generally held on the same day as the FA Vase Final, also at Wembley. The FA refers to this as “Non-League Finals Day,” with the two games typically kicking off around Noon and 4 p.m. 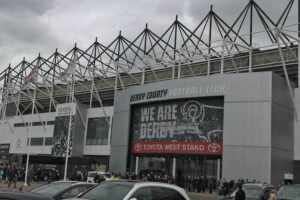 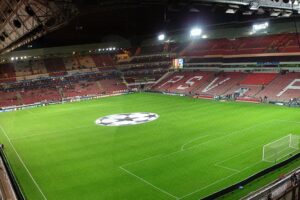