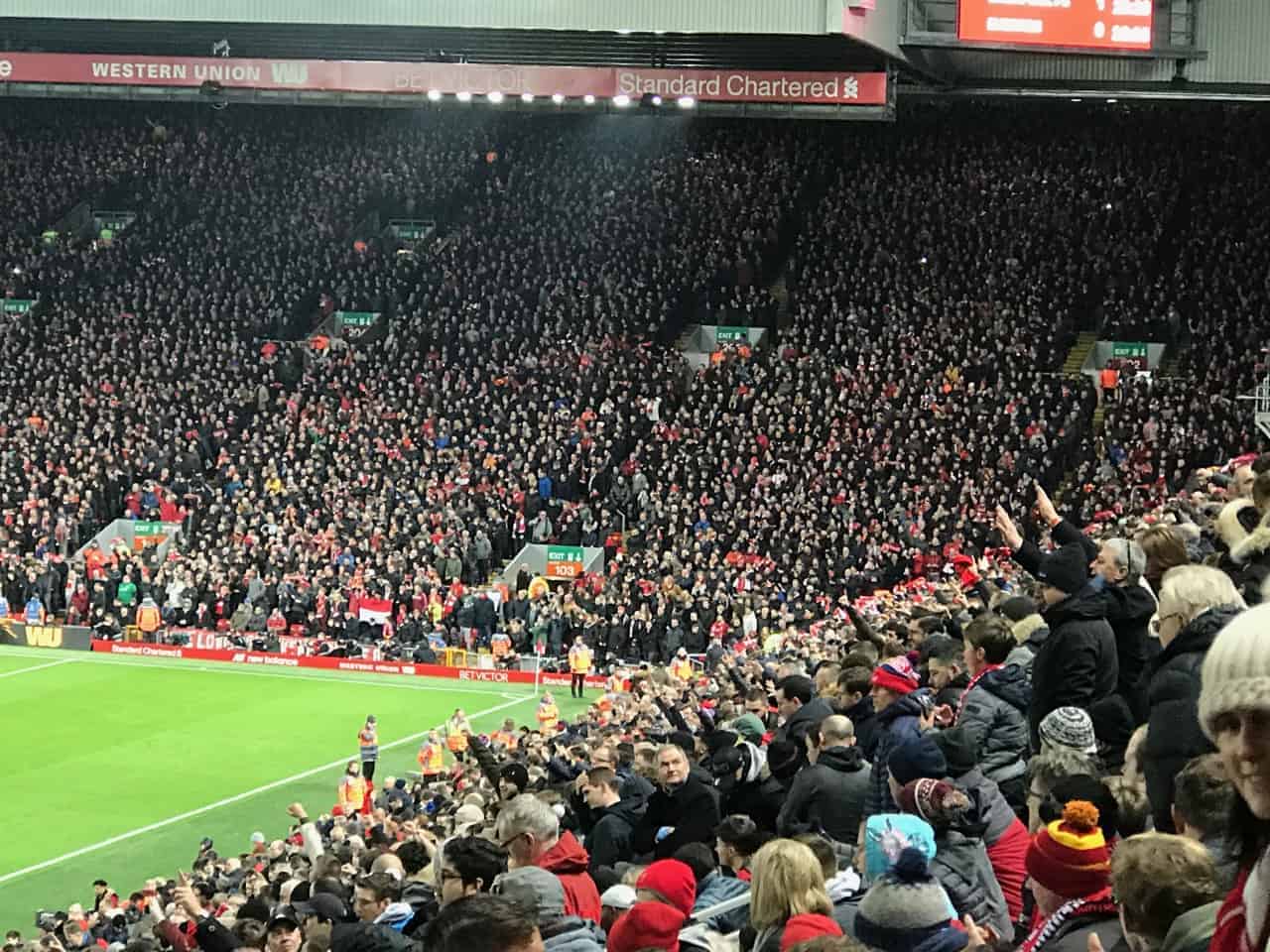 What is this “Allez Allez Allez” Song in English Football?

What is this “Allez Allez Allez” Song in English Football?

If you pay attention to the singing at English soccer games, you will have heard a particular song spread all over the game the last year or two. The chorus and the name is “Allez Allez Allez,” accompanied by much hopping and waving of scarves, and the lyrics vary from club to club.

Updated February 17 with the West Bromwich Albion version, thanks to reader Paul R. Want to add your club’s version? Get in touch.

It started, at least in England, during the 2017-18 season when Liverpool were making a run in the UEFA Champions League. They played a game at Porto in Portugal, where the locals were singing a song adapted from an old Italian dance tune called “L’Estate Sta Finendo” (“The Summer is Ending”). That song had made its way through the Italian leagues before Porto picked it up.

Liverpool fans started singing it with their own lyrics:

We’ve conquered all of Europe
We’re never gonna stop
From Paris Down to Turkey
We’ve won the fucking lot.
Bob Paisley and Bill Shankly
The fields of Anfield Road
We are loyal supporters
And we’ve come from Liverpool
Allez allez allez!

Here’s a video all about it, featuring some off-the-chart Scouser accents.

It became a Liverpool favorite that year and then it spread around the UK. But that spread started as mockery. You see, Liverpool (going for European title number six) lost the final that year, to Real Madrid in Kiev, with the winning goal by Welshman Gareth Bale, and Liverpool’s star player Mo Salah was famously injured (“accidentally,” of course) by Madrid defender Sergio Ramos. This inspired Manchester United to start singing lyrics first tweeted out by their legend Gary Neville. It refers as well, to United’s 1999 team that won the Premier League, FA Cup, and UEFA Champions League.

They thought they’d conquered Europe,
Celebrating six,
Thank you, Gareth Bale,
Made them look like dicks.
The 26th of May,
Always in our heart,
United won The Treble,
The Scousers fell apart.

Manchester City came in with their own version:

All the way to Kiev
To end up in defeat
Crying in the stands
And battered on the streets
Ramos injured Salah
Victims of it all
Sterling won the double
The scousers won fuck all!

To keep the fun going, this season City made a run in Europe as well, but they lost at home to Spurs when the apparent winning goal was waved off by video review. Cue Tottenham fans:

City thought they won it
But Tottenham pulled it back
Wanyama in the middle
Llorente in attack
Sterling scored the winner
The Etihad went mad
The ref went to the camera
But it was disallowed.

I have seen and heard other clubs singing this tune, and here are the versions I’ve tracked down. If you know of any others, leave a comment or get in touch.

You can’t get a ticket
It’s never gonna stop
Fans from Norway and Scotland
Are sitting on your Kop
You brag about your five times
You talk about your fame
You call yourself supporters
But you never go to games!

Every Saturday we follow
London’s greatest team
Unai Emery’s army
Herbert Chapman’s dream.
All over the country
And into Europe too
We follow the Gunners
And we’re Arsenal through and through!

Every week we follow,
The boys in claret and blue.
We conquered all of Europe,
In 1982.
The Villa boys from Aston
We travel near and far,
You will hear us singing,
From the stands of Villa Park.

From Athens down to Stockholm
From Munich to The Dam
We’ve conquered all of Europe
And we fucking hate West Ham
The ball was on the spot
When Drogba took the shot
We’re the only team in London
And we’ve won the fucking lot.

They said that he’s a scouser
He’s really gold and black
His name is Conner Coady
He’s the leader of our pack
The lad is fucking magic
He’s Wanderers through and through
He hates the f*cking Albion
The Villa and the Blues!

We’ve Conquered all the Midlands,
The Black Country too,
Villa Park, St. Andrews, 5-1 at Molineux
Astle is the King
And Cyrille Regis too
Super Bobby Taylor, we’ll sing this song for you.

This was for their trip to the Europa League in 2018. And “the bastards” refers to their arch rivals Blackburn Rovers.

Staying down forever
Is what the bastards said
In 1987
They thought our club was dead.
But we’re on our way to Europe
Back where we belong
Wherever you will see us
We’ll always sing this song.

We’re the famous Cardiff City,
We come from Sloper Road,
When they talk about the Welsh Cup,
We’ve won it fucking loads.
We beat Real Madrid,
We won the F.A. Cup,
But still you don’t believe us,
The Blues are going up!

This one was actually written by a player named John Egan, debuted at their promotion celebration party, and sung ever since. They even have multiple verses!

We are Sheff United,
They call us the Blades.
We’ve got Billy Sharpe
He’s a legend at the Lane.
Basham and O’Connell
Overlapping down the wing
Duffy, Fleck and Norwood
With his fucking ping.
(chorus)
Chris Wilder is our gaffer
He leads us all the way
Playing proper football
The Sheff United way.
He stuck the paper on the wall
They called us journeymen.
Now we’re going on a journey
To the fucking Prem!