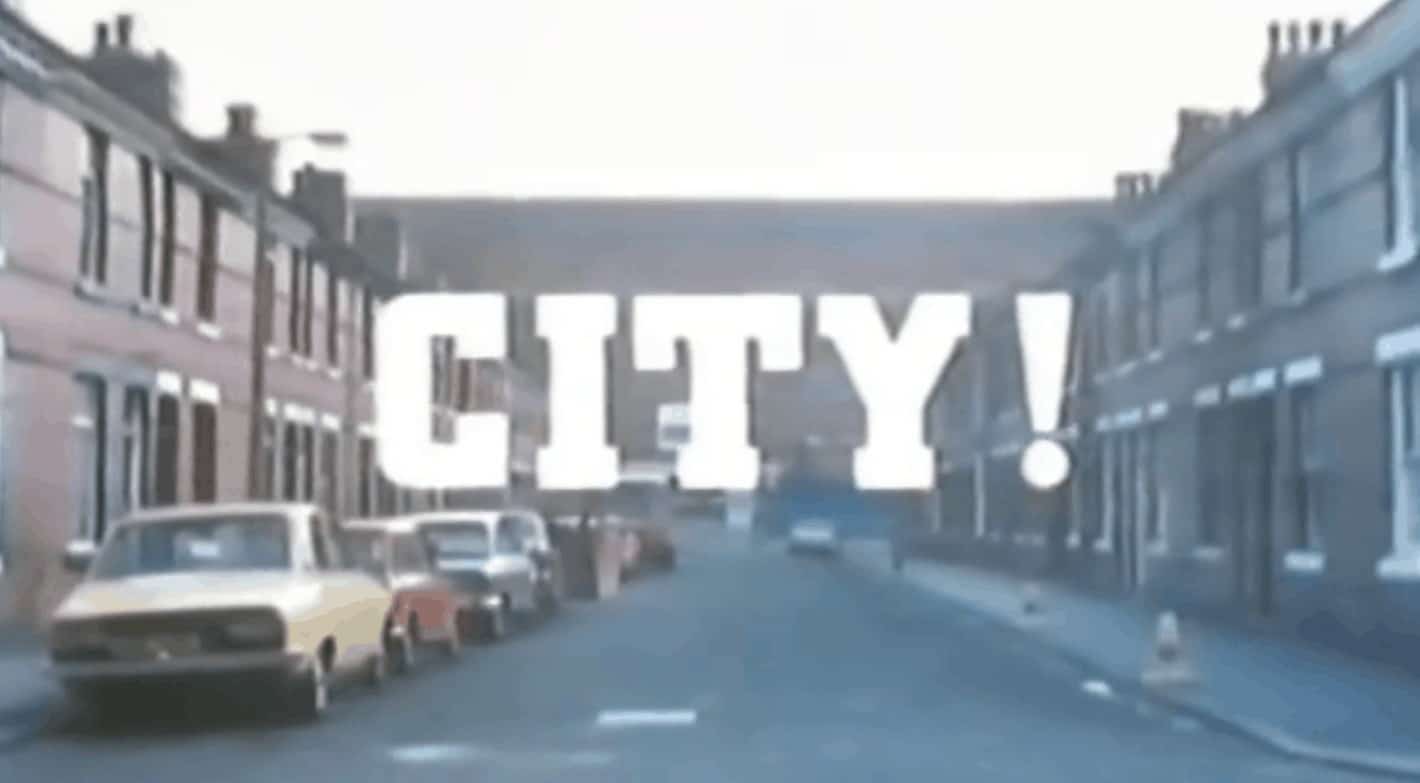 “City!” is a Blast to the Past of English Football

The “behind the scenes” video of a football club has become almost a cliché at this point. But there was a time when that wasn’t the case. And if you want to visit that time — as well as time-travel to a place so long ago that Manchester City was a struggling club — then head over to YouTube and check out “City!” 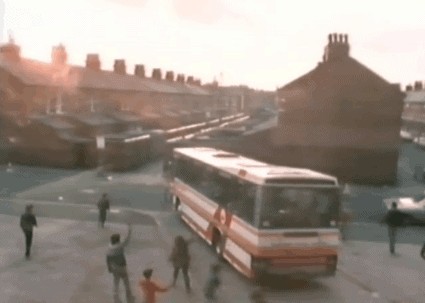 If you’ve only been around for a few years, you probably assume that Manchester has always had two mighty footballing behemoths, one red and one blue. That has rarely been the case in history. The blue side, City, went 45 years without a league title. And even the “red devils” at United actually got relegated for a season in the 1970s!

Also, Manchester City wasn’t always housed in the impressive and almost sterile Etihad Stadium they are in now, a home surrounded by training pitches and other facilities with a tram stop just on the edge. They used to do their thing over at Maine Road, the “Wembley of the North,” which was smack in the middle of a neighborhood and doesn’t even exist anymore.

Relative newcomers might also assume that top-flight football in England is, by its nature, a glamorous world filled with international stars. Also not true — and also a veneer which will be thoroughly peeled off by watching “City!”

The story, from 1981, is simple, and familiar. A struggling club and its struggling manager try to find a way through, and — I’ll just say it — they don’t. This leads to a new manager coming in, giving pep talks, rallying the boys, and so on. But three things make “City!” special. 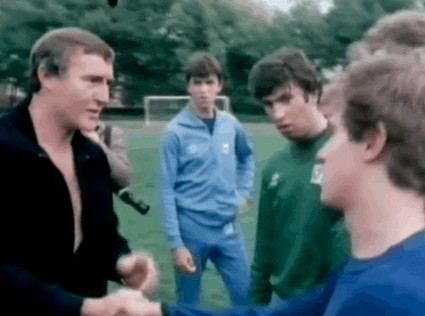 The manager saying goodbye post-sacking — in front of the cameras!

One is the aforementioned historical and cultural factor. Football in 1981 was a place where managers smoked on the sidelines, dressing rooms were the size of closets, pitches were terrible, and crowds were like swaying, baying hordes somewhere in the misty backgrounds of grainy films.

The other special factor about “City!” is the level of access. You can already guess the manager gets sacked; here, you get to see the board do it! Then they interview him afterwards. And then he comes back and says farewell to the players. Does that even happen anymore?

The third is the presence of the legendary manager Malcolm Allison, whose 30-year managerial career included two stints at City and two at Crystal Palace. He is here in all his chain-smoking, fur-wearing glory. Check out the open shirt in this shot where he’s saying goodbye to his players!

It’s basically a one-hour show on YouTube, available in six 10-minute posts, and it’s really worth a look. Here is part 1.