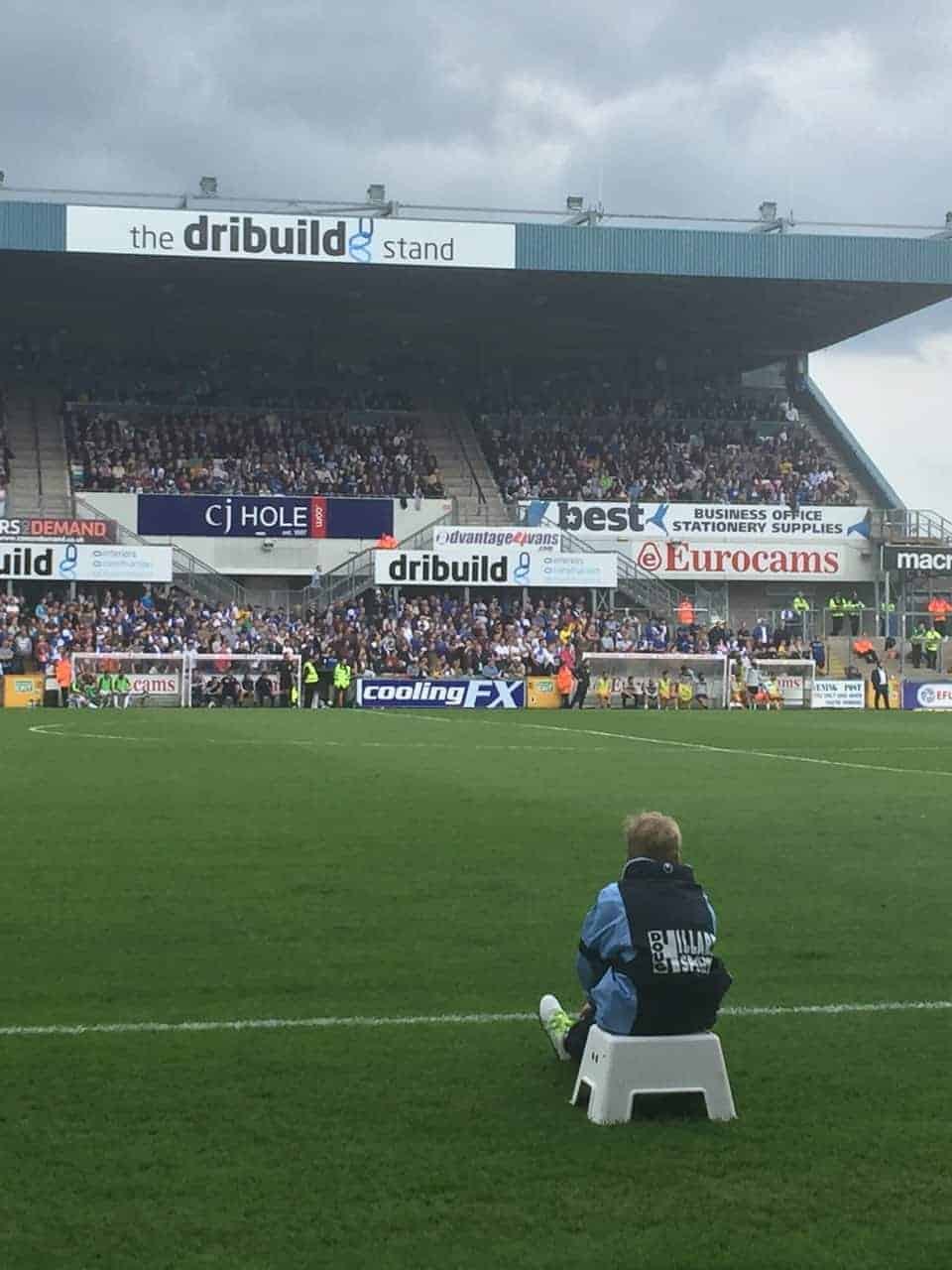 Bristol Rovers are a friendly little club in a goofy stadium in a very cool city.

NICKNAMES: You might think it’s Rovers, but that’s part of their actual name. No, they are The Gas because their old stadium was near a gasworks that had quite the odor. Bristol City fans made fun of them for it, but being English, they took the insult as a matter of pride and carried on. So you get to hear “gasheads” yell, “Come on, The Gas!” They are also called the Pirates, and that’s the character you’ll see walking around the ground.