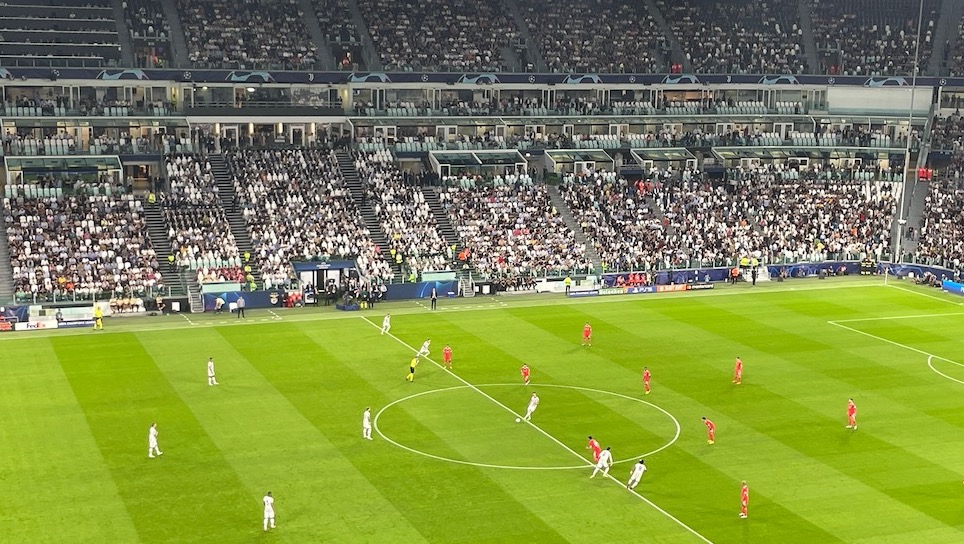 The winningest club in Italian football, Juventus’ 36 league crowns are almost double that of the next highest club total (both AC Milan and Inter Milan have 19). The squad also holds records with 14 Coppa Italia and nine Supercoppa titles.

NICKNAMES: While the name Juventus comes from the Italian word for youth, the club’s most common nickname is Vecchia Signora, or “Old Lady.” They are also called I Bianconeri (The White and Black) for their uniforms.

Some of the links below are affiliate links, meaning Groundhopper Guides may receive some compensation if you make a purchase after clicking one of these links.
Shop More Juventus FC Fan Gear on Fanatics.com
We use cookies on our website to give you the most relevant experience by remembering your preferences and repeat visits. By clicking “Accept All”, you consent to the use of ALL the cookies. However, you may visit "Cookie Settings" to provide a controlled consent.
Cookie SettingsAccept All
Manage consent