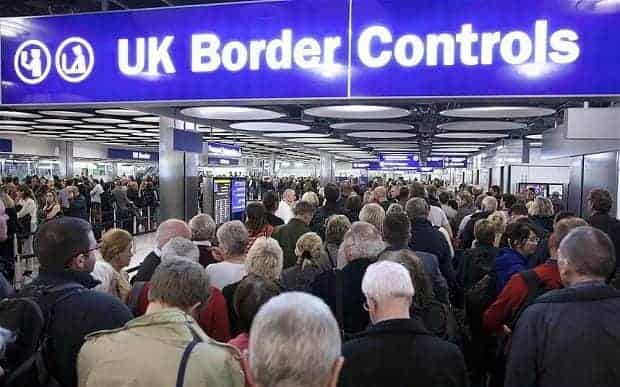 Here’s an example, from 2017, of what coming through UK customs for an English soccer trip used to be like. The new kiosks have screwed this all up.

Coming through customs into the UK is starting to feel quite familiar.

First there is the somehow sudden arrival, after 8 or 9 hours in the plane. Then the odd feeling of standing up again. The slight fuzziness with some excitement coming through.

And then the Eternal Heathrow Walk. Somehow my flight is always in the hinterlands of this enormous airport, and I walk past dozens of empty gates before finally arriving at my favorite part … 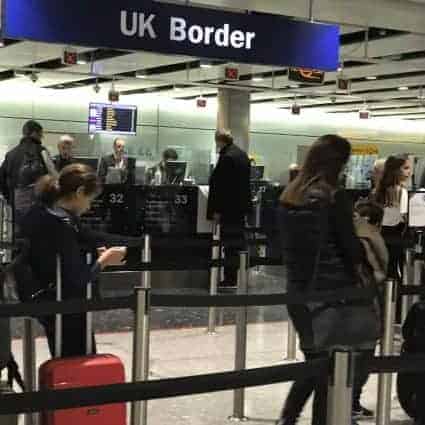 Probably an illegal photo, but I was sleep deprived and giddy.

“What brings you to the UK,” the agent asks.

“No, I’m here to watch your football.” And then I wait for the next question, which duly arrives:

“Which club do you support?”

“Fulham,” I say, “though it’s more like I pay close attention to them. My heart is with Portland in MLS.”

Sometimes I invite them to guess where the word soccer came from. But this guy was too quick for me.

“And which clubs will you be seeing?” It’s time to show my bona fides.

“This time it’s Burton Albion (a raised eyebrow), then Barnsley vs. Huddersfield (eyes wide and locked on me), then Norwich, Stevenage and Swansea.”

It’s right here where I feel really, really cool. I am not, you see, like the other Americans — for example, the guy a few spots back with the Everton scarf and Minnesota United jacket. I ain’t your standard World Cup and Premier League clown. I know my shit, bub.

“So you actually know your way around, then?”

My final chance to impress: “Oh,” I say casually. “It can be. I have seen some positively dreadful football.”

His smile seals my satisfaction. “And not to mention the weather,” he adds.

We exchange smiles, my heart swells, and I am admitted back into my second home.

Next up: the flat white, SIM card top-up, then a train into London.

Confused? Check out my Consulting and Ticket Services 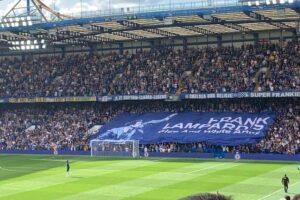