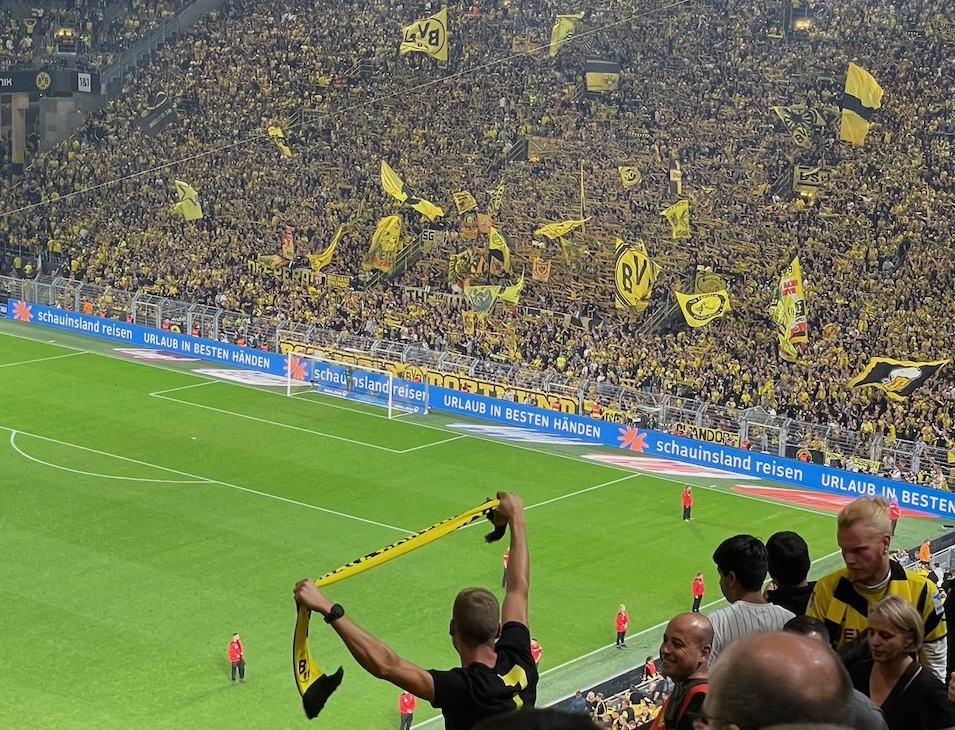 While it’s safe to call Dortmund “Germany’s second team,” after the almighty Bayern Munich, for many groundhoppers it’s a more appealing destination. And that is simply because of the atmosphere. The Black and Yellows play in Germany’s largest stadium (81,000 seats) and Europe’s second-largest club stadium, and they have the world’s highest average attendance (80,000+). Most famous of all is their 24,000-seat South Stand, known as the “Yellow Wall.” Combine all this with what is generally a youthful, attack-minded side, and seeing a game at Dortmund is high on many groundhopping to-do lists.

Some of the links below are affiliate links, meaning Groundhopper Guides may receive some compensation if you make a purchase after clicking one of these links.
Shop More Borussia Dortmund Fan Gear on Fanatics.com
We use cookies on our website to give you the most relevant experience by remembering your preferences and repeat visits. By clicking “Accept All”, you consent to the use of ALL the cookies. However, you may visit "Cookie Settings" to provide a controlled consent.
Cookie SettingsAccept All
Manage consent