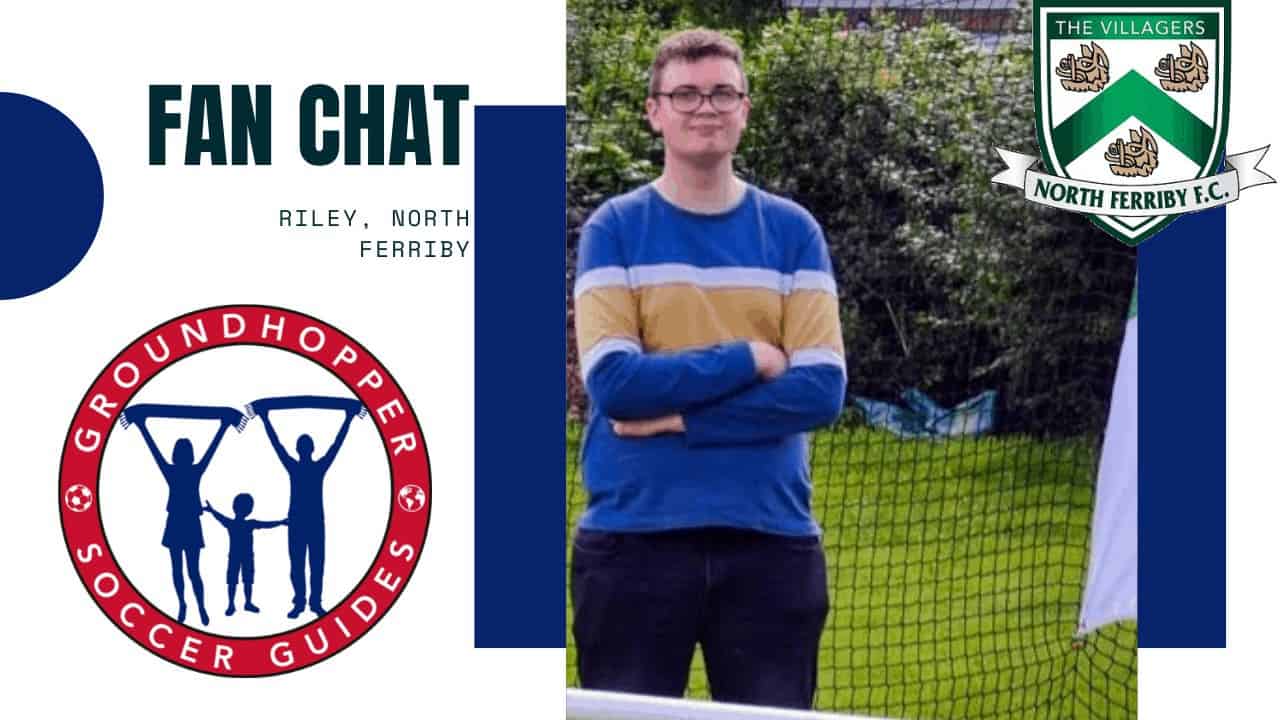 “Fan Chats” is our series of videos in which we visit with supporters of English football clubs, and the latest is a village club from Yorkshire, North Ferriby FC.

You can see all our Fan Chat videos here.

Getting to Know North Ferriby FC

The Villagers, as they are known, are an interesting story, because the club as it currently exists dates back just a couple of years. That’s when North Ferriby United went out of business, to be replaced by a “phoenix club” in the same ground and with the same supporters, just with new (and non-crazy) ownership.

Such is the story that Riley, our North Ferriby supporter, tells us — along with fun tidbits like taking his dog to games, which apparently one can do in the 10th tier of English football.

Also of note: The Athletic has been doing a series of articles on the best places to watch football in England, and remarkably, North Ferriby made the list! Here’s that article as some more background on the club.

And here is our Fan Chat with Riley of North Ferriby: