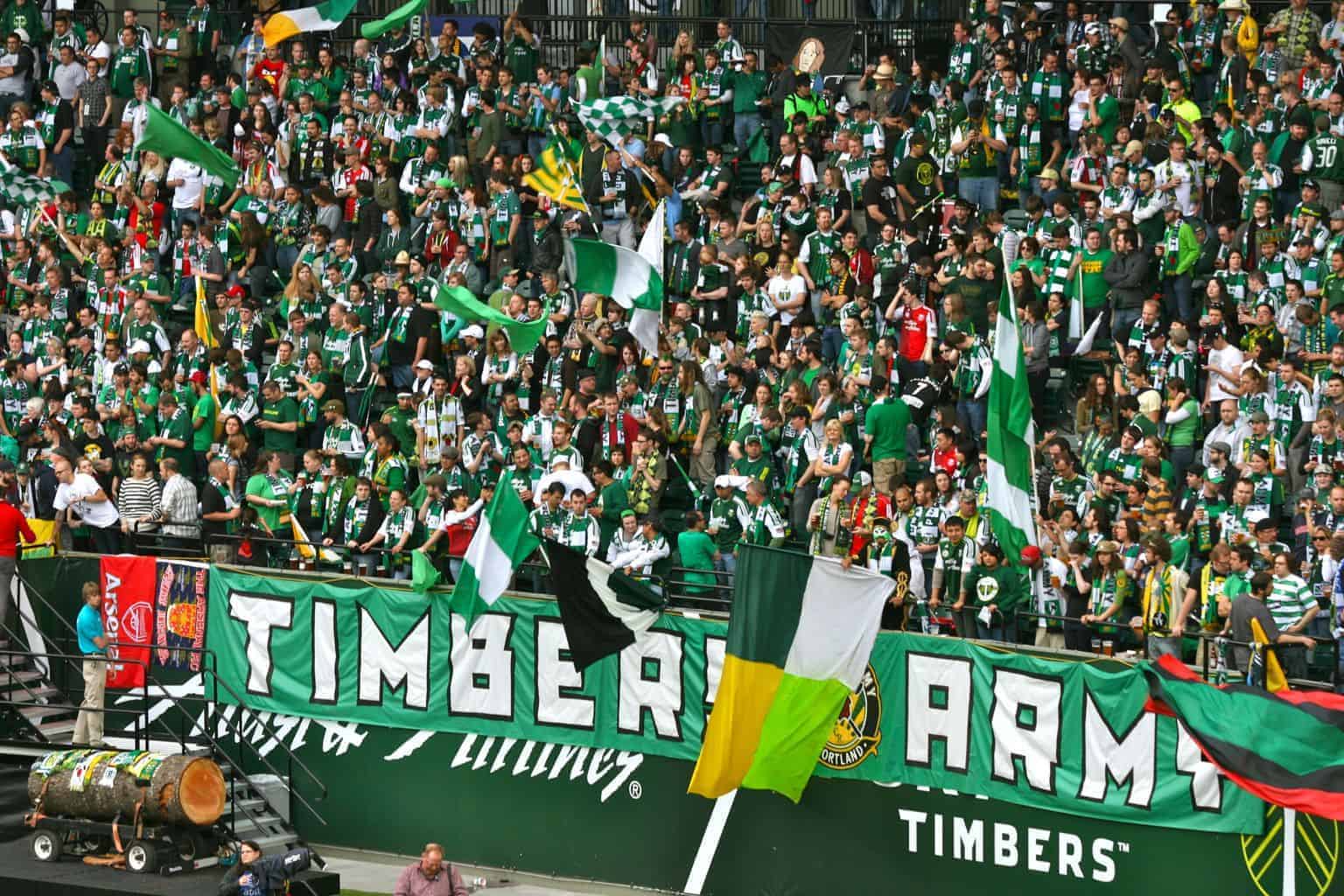 Reposting from 2016: A guest post from Austin Long, a Manchester United fan living in Atlanta. He has a particular interest in kits (aka jerseys) and was the host of a great podcast I appeared on a couple of times called The Soccer Nomad. He’s retired that now, but you can still follow him on Twitter @AustonLong1974.

I asked him to contribute something to the blog, so he is going to give us a little break from my Anglophile ramblings and discuss his journeys in MLS Supporter Culture. 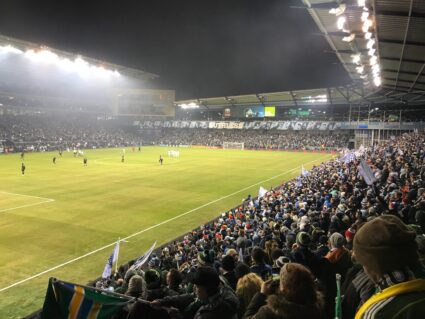 A couple of years ago I started a quest to visit all MLS stadiums.

Over time, however, the goalposts moved with an interest in groundhopping and a change in residence.

My first official MLS trip was in the summer of 2012. I went to the Pacific Northwest and had an amazing time. Due to my blog posts, I tapped a global groundhopping network. Combined with an inspiration by those who have visited dozens, hundreds, even thousands of venues and interest in the domestic game, I expanded my project to include teams outside the top flight.

I moved to Atlanta about two years ago, and the city is an easy drive to over a dozen stadiums at all levels of the US Soccer pyramid. Besides MLS games, I have been to NASL, USL and NPSL venues and hope to add the PDL in the near future. When I moved to ATL, I created a map (by no means 100% complete especially with the constantly changing US Soccer landscape) and was surprised at how many teams were around me. Plus ATL is a major hub so the rest of the country is not out of reach. 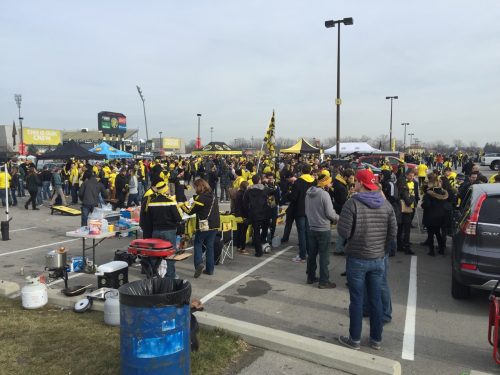 What I’ve found at each venue are passionate, engaged and loyal fans of the game, looking to support their club, regardless of the level, and looking to create a community. All ages, all types of stadiums, and all types of support have been encountered; it has been fantastic.

Most games I have attended include a pre game tailgate and march. Tailgates are great for meeting new people, talking soccer and creating bonds with other supporters. From my understanding of European soccer culture, most fans hit the pubs before the match and do their pre game activities inside rather than outside. The closest I came to a European experience was the game in Portland, where I went to the bar across the street for a bite to eat and some pints and then headed across the street to the stadium for the match.

Marches are another component of supporter culture and come in all shapes and sizes. Could be all the way from a few dedicated fans getting amped up for a match to the full on, city shut down, noise deafening, smoke filled March to the Match that Seattle puts on. Any march draws attention to the game and lets people know that something is about to happen and adds to the match day experience.

Supporters Groups themselves have all different flavors. From the easy going, watch the game, spend two hours together groups, to the hardcore, live and die with the team Ultra groups, America has everything. The entire spectrum is covered and it’s great because it allows fans to find the way they want to support. Not every group wants to sit in Kansas City’s Cauldron; not every parent wants their kids near Ultra groups. More and more supporter groups are communicating their type of support so that fans can find a group that fits their style of support.

With Atlanta United kicking off in 2017, I looked back at my trips to that point and put together my ideal supporter experience. Responses came thick and fast on social media with some in agreement and others pointing out that some aspects were not for them. Again, that’s great, as there is no one right way to support your team.

With the 2016 campaign winding down, I have already started looking ahead to 2017. I have set Google alerts for the schedule release of each level of the US Soccer pyramid. Once I have those I can put together my schedule for the 2017 season and begin the process of figuring how and when to get to new venues. Can’t wait to check out new teams and new grounds.

Read more about Austin’s groundhops, thoughts on kits and and soccer memories at the SoccerNomad blog. Also check out the SoccerNomad podcast, which focuses on Supporter Groups and kit design. Finally, follow him on Twitter @austinlong1974.