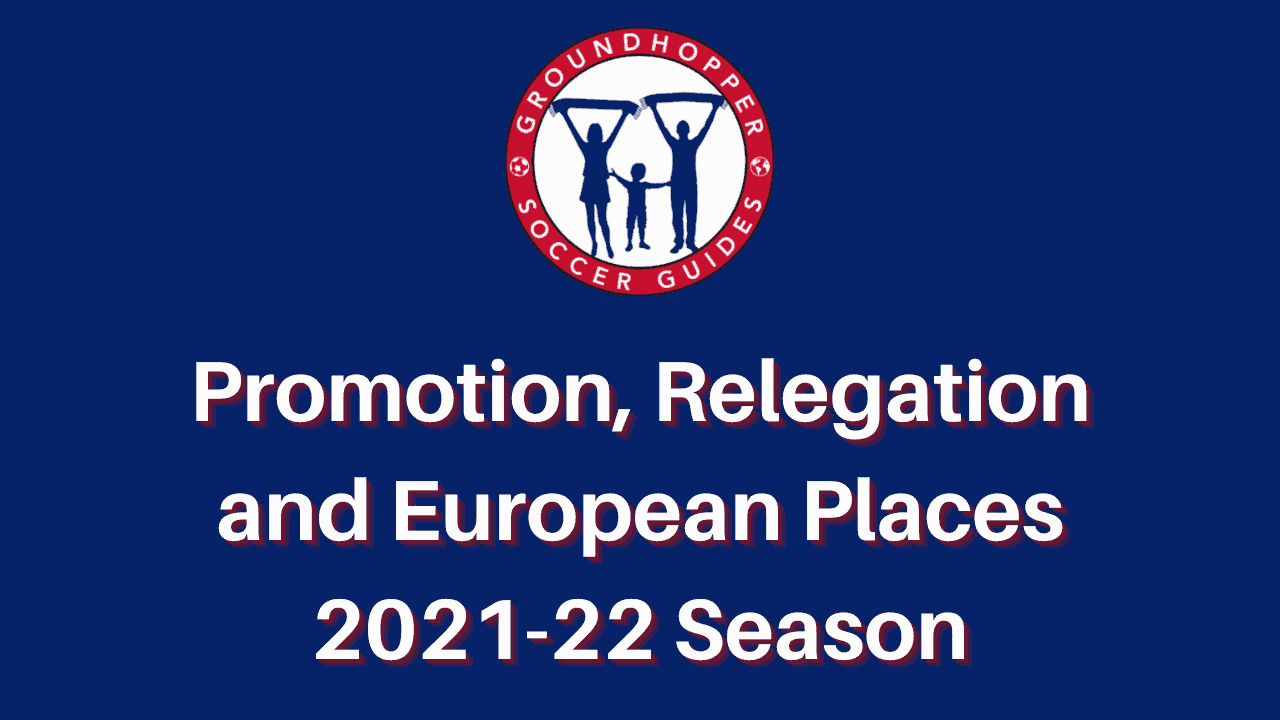 Which English soccer teams have been promoted and relegated after the 2021-22 season? Who’s in the Football League playoffs? Which Premier League teams have made it into Europe?

We’re going to track everything here until it’s all said and done. But first, some quick background.

How Does Promotion and Relegation Work in English Soccer?

The short version is that at the end of each season, the top three teams in each league go up a league for the next season, and the bottom three drop down a league. And there are a lot of leagues up and down the so-called pyramid of English football. There are some variables on this, like playoffs being involved to settle some promotions, plus the question of where the top teams in the top league get “promoted to.”

We’ll get to those, but here’s a complete explanation of how promotion and relegation work in England:

Yes, English soccer has playoffs — not to determine champions, but to determine some promotion spots. For example, in the Championship, the second-tier league just below the Premier League, the top two finishers automatically go up, then numbers 3 through 6 battle it out for the third spot. The final of that mini tournament, played at Wembley Stadium, is often called the “richest game in world football,” as the winner gets a share of the Premier League TV money.

Here’s more about the playoffs.

Here are the Promotions and Relegations from the 2020-21 Season

“Getting into Europe” or, Promotion from the Premier League

Since the Premier League is the top league in England, where do its top teams go “up” to? The answer is European competitions — and the same is true for leagues all over the continent, like Germany’s Bundesliga, Spain’s La Liga and Italy’s Serie A.

This is what is meant by the phrase “getting into Europe,” or getting into “the European places” at the top of the Premier League. In England, it basically breaks down like this:

Here’s more about getting into Europe.

Watch the Champions League on Paramount+ in the United States.

Here’s the final Premier League table from the BBC.

Watch All the EFL Playoffs on ESPN+!

From the Premier League down to the Championship

From the Championship up to the Premier League

Here’s the final Championship table from the BBC.

From the Championship down to League One

From League One up to the Championship:

From League One down to League Two:

Here’s the final League One table.

From League Two up to League One:

From League Two down to the National League:

From the National League up to the Football League Two

Here’s the final National League table from the BBC.