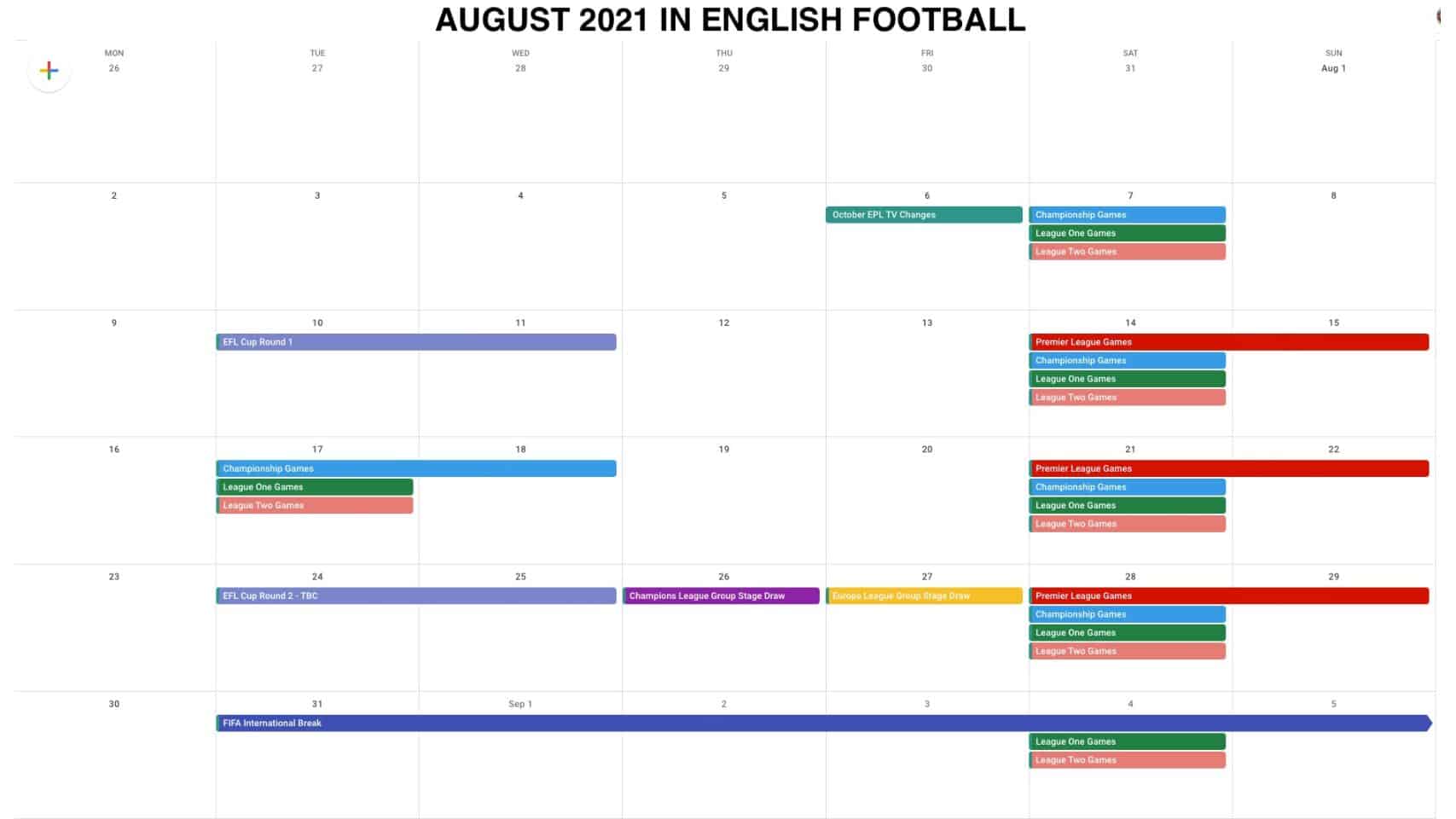 The 2023-24 Premier League season dates have been announced.

The Premier League’s “winter break” will also come back, as all clubs will have either the weekend of January 13 or January 20, 2024, off. The way that will work is that all games will be scheduled for January 13, and then with the so-called “October 11” TV fixtures announcement, half the games will be moved to the following weekend, thus giving all clubs one week off.

There will also be international breaks, with no games in the Premier League, during these weeks of the 23-24 season:

Also of note to those visiting England: The 2024 Champions League Final will be held June 1, 2024, at Wembley Stadium in London.

Check out the 2022-23 English and European football schedule.