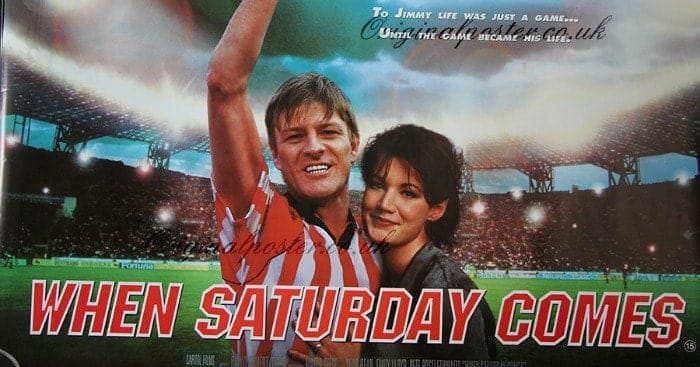 I’ve just finished watching the 1996 film When Saturday Comes, and I can’t decide if it’s an epic collection of clichés or one of the more down-to-Earth football films I’ve seen. I’ve decided it’s probably both.

Let me check myself here; it is most definitely an epic collection of clichés, and I suspect that’s one reason it’s so popular among English folks. Many of them have told me that, as part of my search for soccer-related distractions during the COVID lockdown, I simply must watch this film. (Granted, most of them are fans of Sheffield United, where the film was based and filmed.)

Having now seen it, I wonder about why people love it. Any or all of these could be true:

I could tell you the story, but honestly, I think you already know it. Still: aimless kid loves football, dad and society tear him down, he works in a brewery and drinks with his mates, he meets a beautiful redheaded Irish woman (did I mention clichés) and they fall in love, because hey, it pays to be tall, handsome and a footballer. He gets a break, blows it, everything falls apart, tragedy strikes, and then he goes full Rocky and starts jogging around in a sweatsuit. At one point he opened the fridge and, until he got a glass of milk, I felt sure he was about to put some raw eggs in the blender. 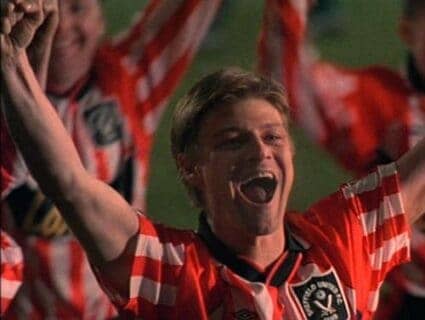 Now, where’s that girl I was destined to get?

All of this leads to, you know, everything working out great. And some live scenes from what looks like a balloon-filled Steel City Derby at Bramall Lane in the mid 1990s, with the blue-clad Sheffield Wednesday posing as Arsenal in one game and Man U in another. That neither wears blue is irrelevant; a filmmaker can’t waste a sellout crowd.

(Another funny thing: in the official poster shown at the top of this post, that’s not Bramall Lane, and the Irish lady, the adorable Emily Lloyd, is no longer a redhead. Who does these things?)

The football bits are done well — Sean Bean was solid at keepie-uppie — and I thoroughly enjoyed all the Yorkshire accents, with all the nowts and innits and ya-reyt? and “it were” and “what ya on about?” and talk of going “down pub.” I swear I want to marry somebody from Yorkshire; the accent just kills me, and we could just spend our life with her describing her days to me.

But I digress. For an American, When Saturday Comes is probably like if Rocky Balboa had the wife from Field of Dreams, the personal demons of The Natural and the dad from Hoosiers. It does have horrible early-90s music, but ladies take note: there’s plenty of naked athletic male flesh.

All in all, if you want to be conversant in football culture with your English friends, you should most definitely watch it. Especially if they be “Yawksha” folk, they’ll be chuffed to bits with ya!

And the easiest way to watch the whole thing? On YouTube. 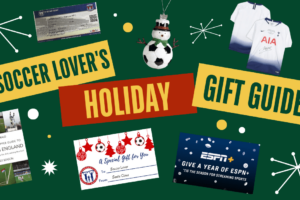 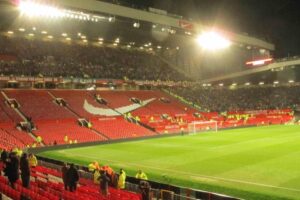