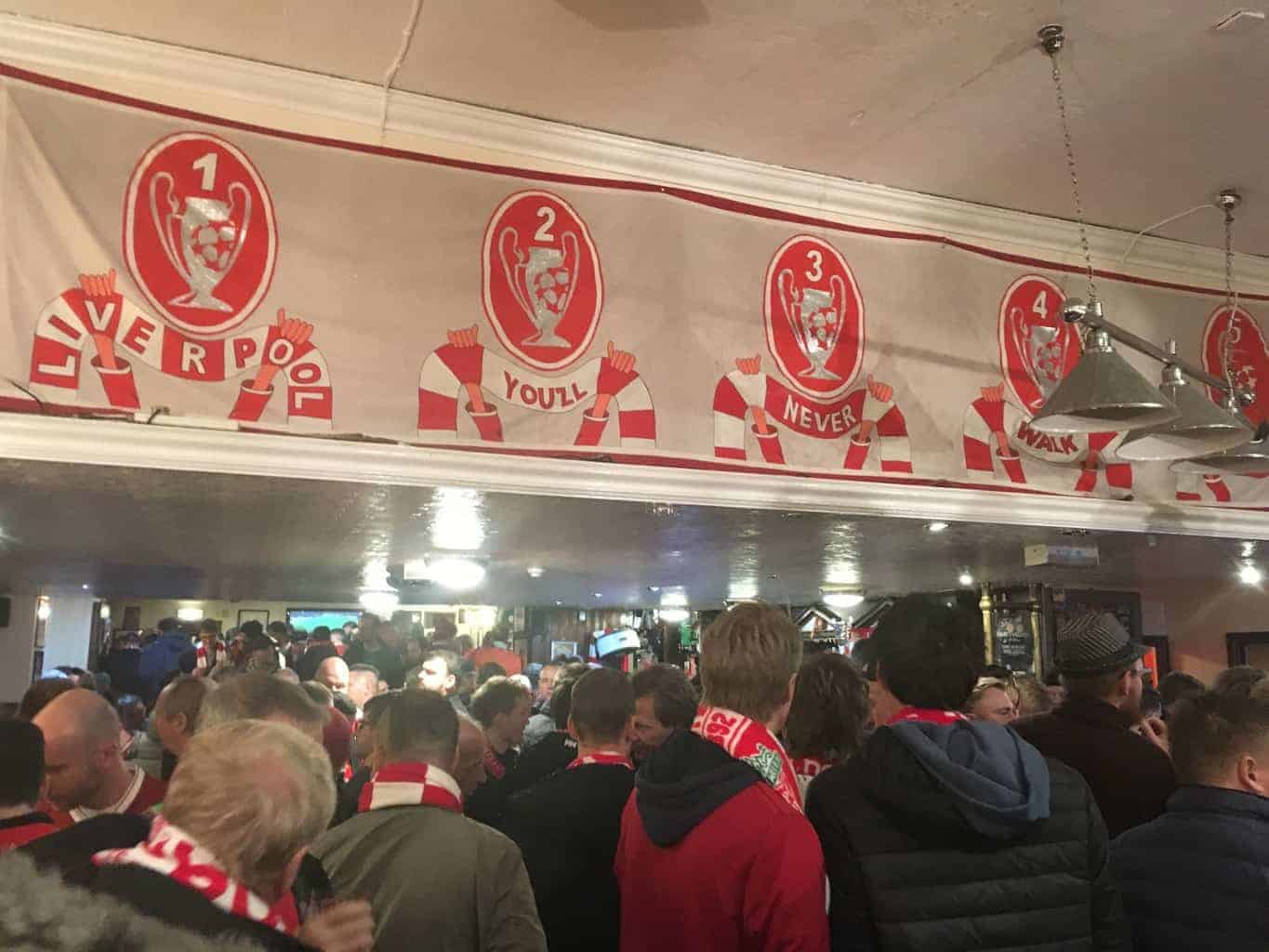 When Joe got in touch with me, he knew he wanted to see a Liverpool game at Anfield. And as it happens, I have several Liverpool hospitality packages for sale. 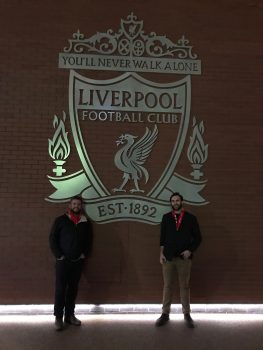 Joe and his mate at Anfield

The result was that Joe had a day that he describes as “surreal,” with great seats and a great match. What’s not to love? It helps that Liverpool beat Southampton, 3-0.

I asked him, as part of my “Reader Reports” series, to write up the experience and share a few photos, so at this point I’ll turn it over to Joe:

Could not have picked a better match to attend with the outcome obviously. The seats themselves were great, and as a first timer to Anfield, it was actually awesome to be directly across from the Kop. We actually got to see two goals on our ​side, both by Salah. I’ll recap the day a little bit here.

Had breakfast at our hotel downtown and decided to walk to Anfield, which was a bit far, but we had plenty of time as we got up and going pretty early. Definitely could have looked more into public transit or a taxi of some kind but that was no problem. 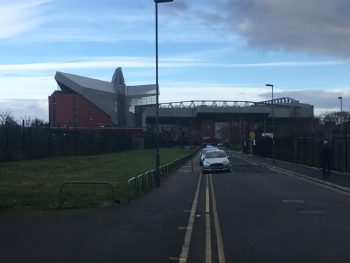 We got to Anfield and walked around, taking a bunch of pictures of the stadium itself and at a couple popular picture places. Figured out where our seats were and stopped in the gift shop quick before it got too crazy in there.

We had a couple pints at a pub called The Park, which was right across Anfield Road from the Kop. Was relatively empty when we first got there but eventually filled up so much that there was a wait outside for people to get in.

(Note: Joe had purchased a hospitality package that included the seats plus a pregame reception and meal at the Isla Gladstone Conservatory in nearby Stanley Park.) 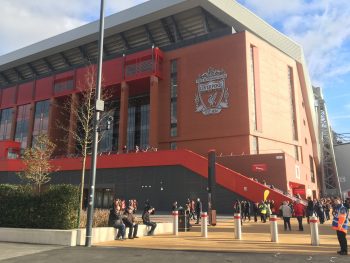 The famous Kop stand at Anfield

We left to head to the conservatory about 12:45 and got there about 1:00 and got seated a few minutes before the program began. There wasn’t much to it, was very fluid and flexible with people showing up at various different times. We probably showed up right about the middle of when folks were arriving, plenty were there already but lots came in after us.

We were greeted with a beer and then there was a bar where drinks could also be purchased. The drinks were very reasonably priced, which was pleasantly surprising. The food was excellent and facility itself was great. Staff, other attendees were all fantastic and friendly and then, right about 1:45 everyone started getting themselves together to head to Anfield. 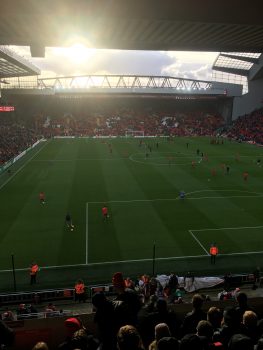 View of the pitch and the Kop from Joe’s seats in the Anfield Road Stand.

The seats (Anfield Road Stand, behind a goal) were great. It was all Liverpool fans around us, and people were from all over the world. I mentioned before that for a first time at Anfield, was actually fun to be able to watch all that was going on across in the Kop. The outcome was extremely favorable and everyone stuck around near Anfield after the match was done. 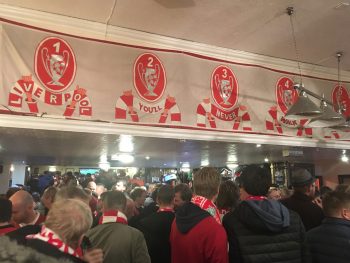 Inside The Park Pub near Anfield. The five badges are for Liverpool’s five European championships, the most of any English club.

We went back to The Park, which was full and everyone was just singing Liverpool chants all together. Such a surreal day and definitely would recommend this package for future first time visitors to Anfield.

Thanks again for your assistance and help making this happen! 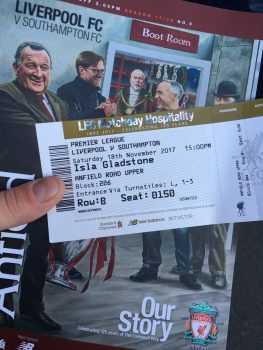 Thank you, Joe! I am always happy to help. Can’t always promise a 3-0 win for the home team with two goals scored in front of you, though.