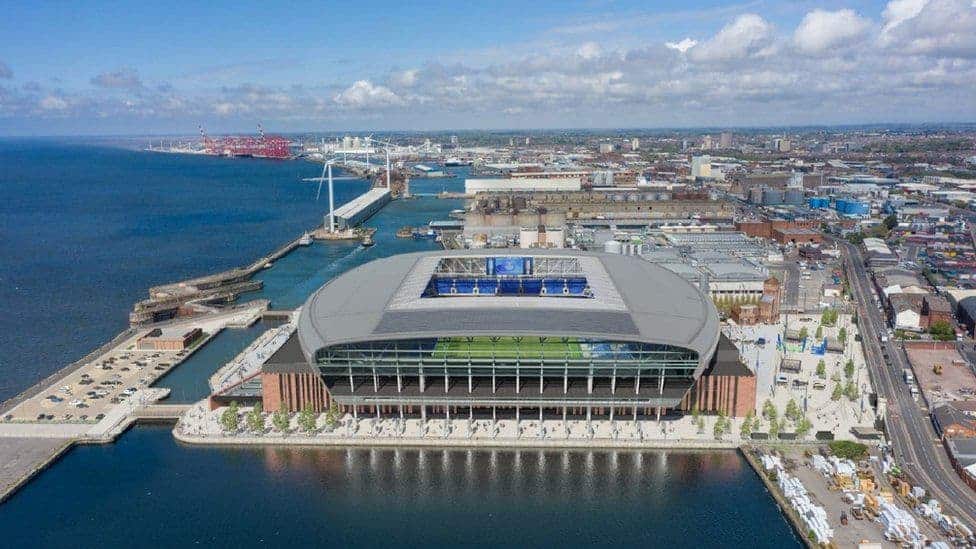 With the 2021-22 Premier League fixtures released, it is now time to start thinking about getting back to the grounds and enjoying the atmosphere of an English football game. With fans coming back to the stands, Groundhopper Soccer Guides has some updates on stadium projects in both the Premier League and the Championship.

Everton have played at Goodison Park dating back to 1892, but if the Blues have their “ambitious” way, they will move into a brand-new complex ahead of the 2024-25 season. 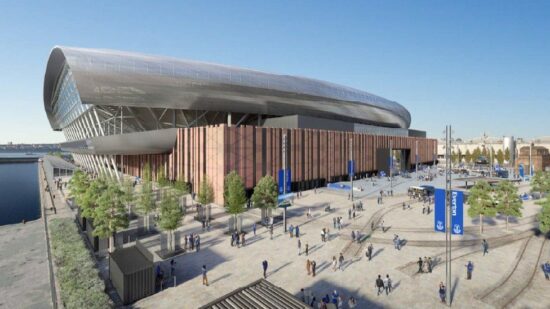 After reviewing over 50 sites, Everton chose to start planning the project for a new venue in 2017 at the Bramley-Moore Dock by agreeing to a 200-year lease of the property. It wasn’t until June 11, 2021, that the project received planning approval from Liverpool City Council, which marked the final government hurdle in getting the go-ahead.

The process will start with multiple surveys before a groundbreaking can take place. Since the project is slated to be built on the banks of the Mersey River, the bottom of the dock must be inspected and the dock wall examined for marine organisms.

Everton is confident work on the stadium will take place in 2021.

One description from the early planning stages notes that, “Everton have been told the club’s new stadium has the potential to be recognized as this decade’s version of the Guggenheim Museum.”

Ambitious indeed, but by the looks of early renderings, the stadium will be an absolute must-visit once completed.

Have a look at the new digs in Everton’s virtual flythrough:

Even though it’s just a tad over a decade old (debuting for the 2011-12 season), Brighton’s Falmer Stadium (now known as American Express Community Stadium), has received permission to increase the capacity.

There are also plans to upgrade the outside areas of the stadium, including the addition of a giant screen close to the train station along with a fan zone. 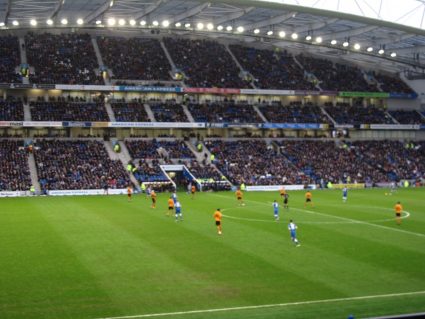 Kickoff at the Amex Community Stadium in Brighton.

Brentford are back in the top division of English soccer for the first time in 74 years, after winning the play-off final over Swansea to earn promotion into the Premier League. After a season playing without a home crowd due to Covid, Bees fans will finally get to enjoy the new Brentford Community Stadium, which opened for the 2020-21 season. 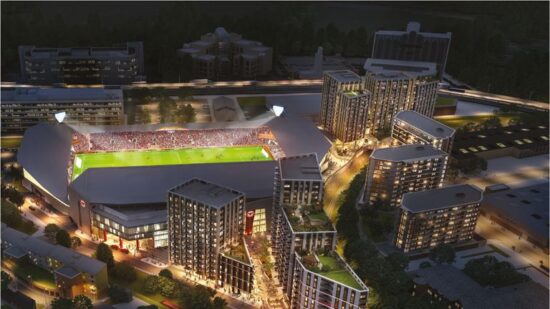 Brentford originally announced plans to move to a new stadium near London’s Kew Bridge in 2002. The project finally moved forward in 2012 when the club bought the 7.6-acre site, and originally aimed for competition for the 2016-17 season.

Work didn’t begin until March 2017, as Brentford worked to secure more land and had to work out an agreement to share the stadium with the London Irish rugby club.

The first game for Brentford in their new home took place in September 2020, a 2-2 draw against Oxford United in a preseason friendly.

The stadium seats 17,250 fans, and replaces Griffin Park which was the home to the Bees for 116 years. Brentford will have the smallest Premier League stadium capacity in 2021-22 (4,694 fewer than Burnley). The 56,890 capacity difference between Brentford’s new stadium and Man U’s Old Trafford (which holds 74,140), is greater than the total capacity of all but four of the 2021-22 Premier League venues!

Prior to its opening, Brentford provided its fans with a behind-the-scenes look of the new stadium:

After claiming top honors in the Premier League last season, Manchester City will actually reduce its seating capacity at Etihad Stadium — all for the purpose of securing more advertising money.

City plans to remove the first three rows of three of its four stands to double the height of the current digital advertising boards. The seating capacity will drop by 1,100 to 54,000 for the start of the 2021-22 campaign. 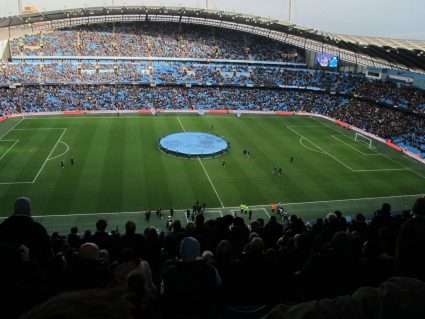 One of the most picturesque projects ongoing is the new stand being built along the River Thames at Fulham. Unfortunately, the club finished 18th in the Premier League last season and have been relegated to the Championship for 2021-22.

Craven Cottage has served as home to Fulham since 1896. In the summer of 2012, the club was granted permission to redevelop the Riverside Stand, in large part to increase capacity to 30,000 seats, since seeking another location to build a new stadium in London was not economically feasible.

After some pushback and debate about a ground-sharing with Queen’s Park Rangers, the old stand was not demolished until the start of the 2019-20 season. The project is on schedule for the new stand to be ready for the 2021-22 season.

Here is the most recent update provided by Fulham:

Championship club Coventry City have signed a 10-year agreement to return to the Ricoh Arena beginning with the 2021-22 season. 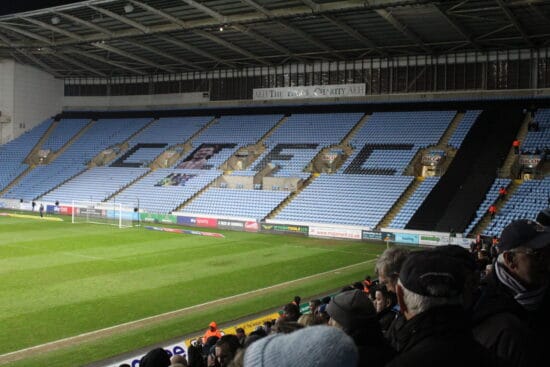 Coventry City will return to the Ricoh Arena for the 2021-22 season.

The Sky Blues had groundshared at Birmingham City’s St. Andrews Stadium (a 38-mile round-trip from Coventry) for the past two seasons.

After earning its first promotion in 51 seasons after the 2017-18 season, Coventry City failed to reach an agreement with Ricoh Arena owners Wasps RFC, a Premiership Rugby squad, to continue its lease.

Coventry originally announced plans to build a brand-new venue in Coventry, West Midlands, before coming to the lease agreement with government officials.

Sky Sports provide a recent update of the move: