The Non-League Pyramid, steps 5 and below.

Here are the playoffs, promotions, relegations, and European places during the 2019-20 season in English soccer. 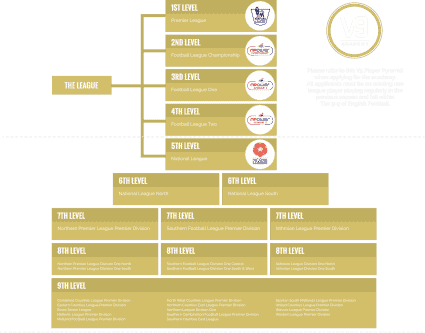 Looking for promotions and relegations in the 2020-21 English season?

For obvious reasons, this has not been a normal season. For example, on the pyramid of leagues in English football, everything below level six was declared “null and void,” meaning no champions, no promotions and no relegations.

At tiers 5 and 6, the seasons were abandoned with final positions decided based on points-per-game.

Above that — i.e., in the Football League and Premier League — read on. And here is more about promotion and relegation in general.

European Places in the Premier League

Champions League: the top four in England go for next season. That is Liverpool, Manchester City, Manchester United and Chelsea. Nice and simple.

Europa League: Leicester City for finishing 5th in the league, Tottenham for finishing 6th and getting Man City’s spot after they won the League Cup but also qualified for the Champions League, and Arsenal for winning the FA Cup.

From Premier League Down to Championship

From the Championship up to the Premier League

From the Championship Down to League One

Charlton, Hull and Wigan Athletic — the last because of a 12-point deduction resulting from their going bankrupt. They actually finished 13th in the table but got dropped to 23rd.

From League One up to The Championship 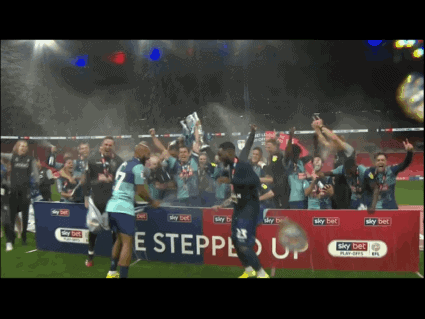 Wycombe Wanderers are going up!

League One abandoned its season and, based on points-per-game, crowned Coventry City champions and Rotherham United as the other automatic qualifier.

The third spot was determined by playoff, with Wycombe Wanderers beating Oxford United in the final at Wembley. It’s the first time in their 133-year history that Wanderers — an amateur team until 1974 and only in the Football League since 1993 — have made the second tier. Well done!

Get to know Wycombe Wanderers here.

From League One Down to League Two

Normally, four teams would go down, but this year Bury of League One went out of business. So only three teams will go down, with four coming up to fill the Bury-shaped hole.

From League Two up to League One

League Two also dropped their season and went points-per-game, meaning we had three automatic promotions and a playoff.

Promoted: Swindon Town, Crewe Alexandra and Plymouth Argyle automatically. Northampton Town lost their first playoff game at home to Cheltenham Town, 2-0, but stormed back to win that tie 3-2. Then they rolled Exeter City in the final, 4-0. So it’s up to League One for Northampton Town!

From League Two Down to the National League

Macclesfield Town, who have since gone out of business. Normally two would go down here, but since Bury FC went out of business last season, the Football League needs a net gain of one.

From the National League to the Football League Two

Barrow as champions plus Harrogate Town as the winner of the playoffs. 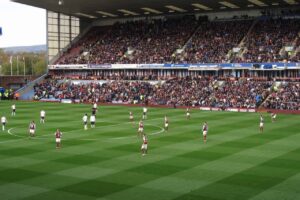 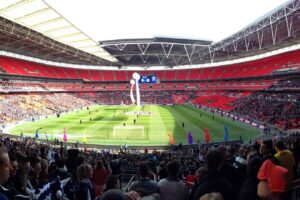