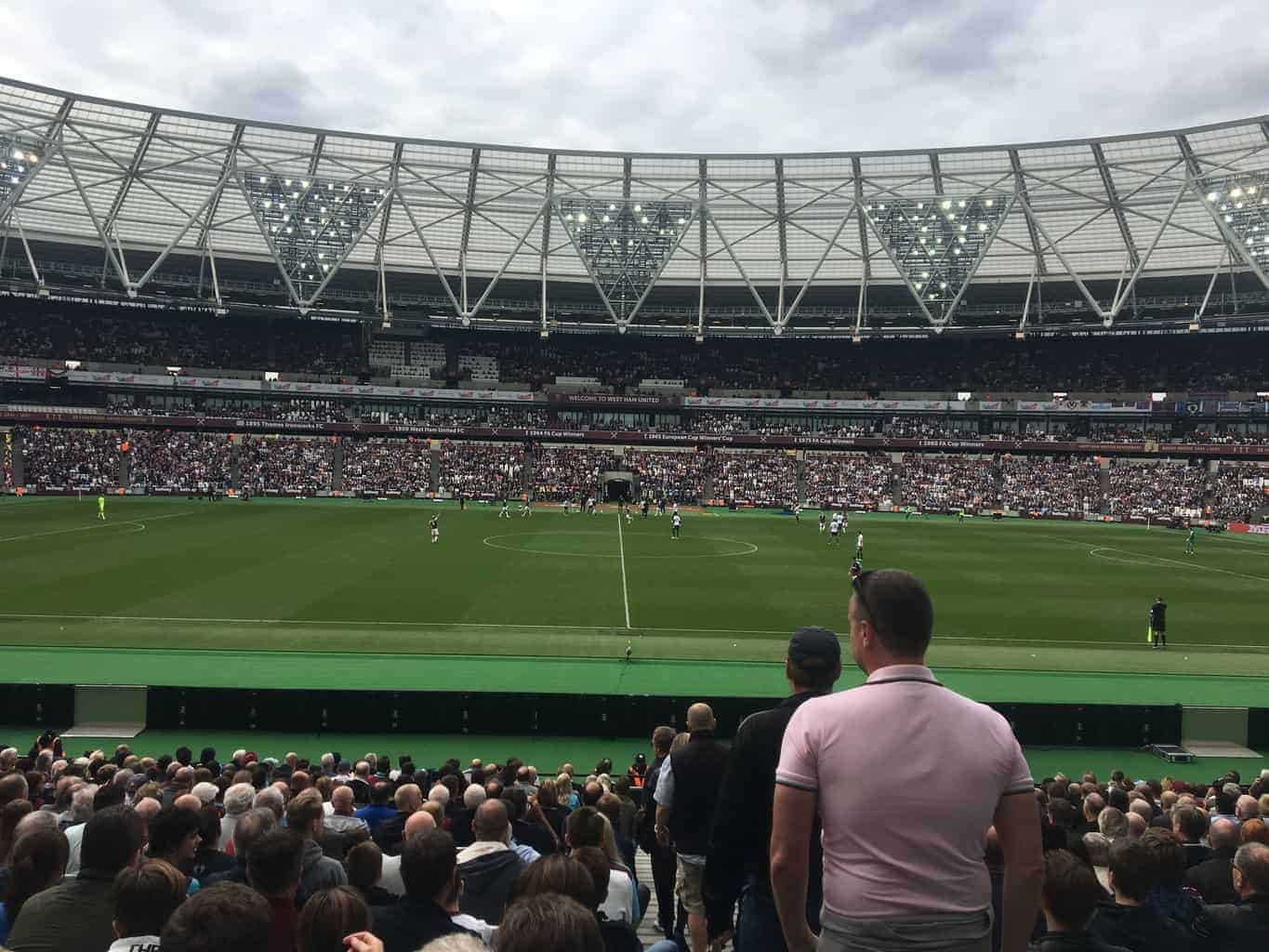 Reader Report: How to Buy Tickets for West Ham United

I get requests all the time from people looking to buy Premier League tickets. 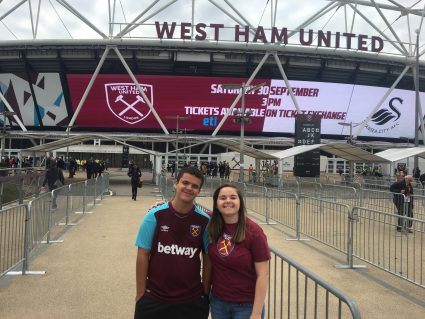 Most often, they are focused on Liverpool, Man U, Arsenal and Chelsea. Sometimes, though, they just want to see some games, and are willing to move “downscale,” let’s say, to get tickets. Those top Premier League clubs can be hard to get tickets for.

In Steve’s case, he first wanted to go to an Arsenal game, but that one got moved for television purposes and he couldn’t make it. So he focused instead on West Ham United, a London club in the second tier of the Premier League — still there, just not big-time anymore, and they play in the beautiful London Stadium, left over from the 2012 Olympics.

Related: How to Buy Tickets for an Arsenal Game

I told him, as part of my consulting services, that hospitality for West Ham v Tottenham, a London derby, would be $210 per person. That’s a seat in the end plus a voucher for a London bus tour. I also told him that I managed to get West Ham tickets a couple of times direct from them, so he went to look into that.

I’ve been emailing the box office for West Ham for the 9/23 game.  They gave me the lo-down on how to get tickets.  Kinda complicated, frankly.  I was hoping they’d say something like “Hi, thanks for your interest, can’t do such and such, but CAN do such and such, how about ……”  That’s certainly how it works when you call NFL and NHL and MLB teams in the States.  I’ve done it plenty of times!  So, I’ll play the game and follow their instructions for now.  And see how it goes.

As Steve was finding out, buying Premier League tickets is a completely different ballgame from the States. But he persisted, and well, he scored! Here is what he had to say.

So we’ve secured tickets to the West Ham / Tot game next week.  Here’s how we did it.  West Ham slowly releases tickets via their ticket-exchange system, first only to full “members,” then to additional categories of nearly-full members, then potentially in the last few days before the game to the general public.  Their game tomorrow, for example, is open to the public.  Very few seats, maybe 10 or so in just two sections. 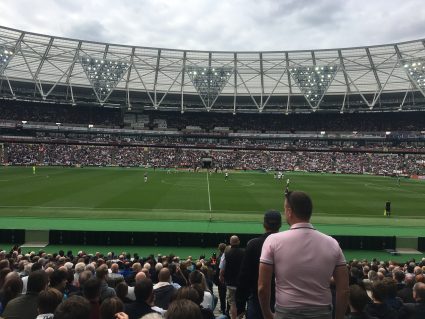 View from Steve’s seats — $150 each with a membership.

I signed my son up for a junior membership, which allowed me access to view the available tickets.  Cost me roughly $45 US to get him that membership (it comes with perks, but let’s be honest, it was just to unlock the seating map).  Once in, I found that there were roughly 150-200 tickets being offered for sale by season ticket members, and the prices were £62-82 — waaaay less than the secondary markets.  And after a section by section search, I found 4 different sets of tickets that were side by side.

So…  I got myself a membership, then my son and I each purchased our one-per-member ticket in side-by-side seats.  Mid-field lower level, row 8, roughly $95 US.   Then my neighbor who also wants to go did the same exact thing, and purchased two side-by-side seats one section over, row 22, same price. 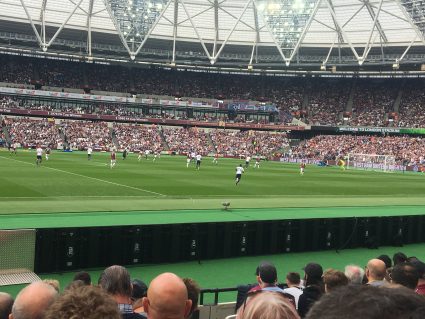 Steve’s neighbor got these for the same price!

We were about to purchase tickets on the very dark underground black market, 4 tickets (no specific seat details) from this unauthorized dealer which would have cost us approximately $475 US per pair.  Instead of worrying about the 3rd party underground reliability, and where the seats would be, we ended up getting 2 secured seats –good ones– through the team directly, total price, $307 US.  I’m THRILLED with this.

So yes, 4 of us are now West Ham members, which is kinda silly, but so what, we were on the brink of paying $240 a ticket not knowing where we’d be sitting, and now we have secure tickets at roughly $150 each.  I’m happy. 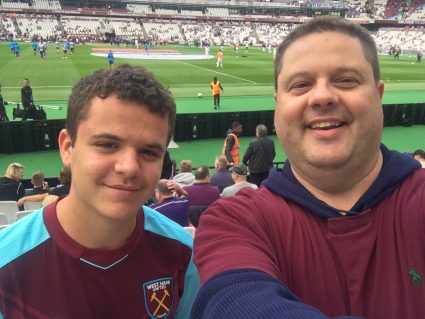 As you should be, Steve! I told him he had cracked the code, but as is often the case, there are tickets around — you just have to know where to look.

Frankly, I was a bit surprised he got those tickets for a London derby. But the London Stadium is quite big, and West Ham aren’t doing that well at the moment. So this is an example of finding a “sweet spot” between the really big-time clubs and the lower-league clubs which can also be entertaining, but usually aren’t what the kids are looking for.

This whole thing is a lesson in why I am doing this book and project: I want to help people have these experiences, and the world of English football can be a little confusing for us Yanks. Thus … all of this. Seeing folks like Steve have this kind of experience is what it’s all about for me.