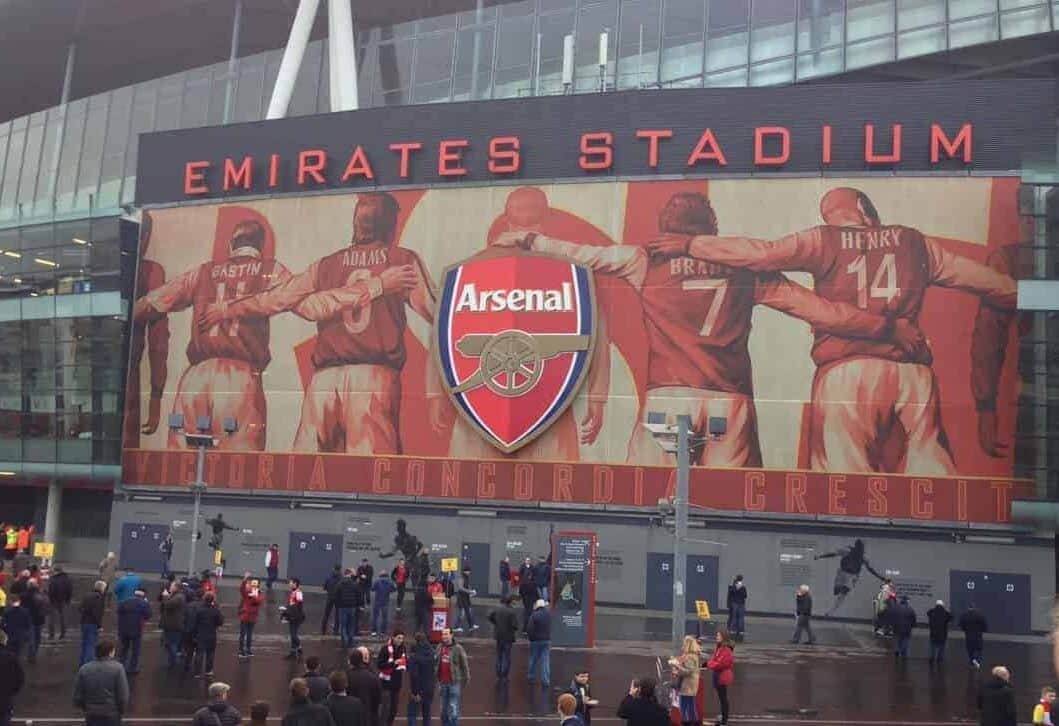 How to Buy Tickets for an Arsenal Game

We get inquiries all the time from people who want to see Arsenal play at home. So how do you buy tickets for a game at Arsenal? 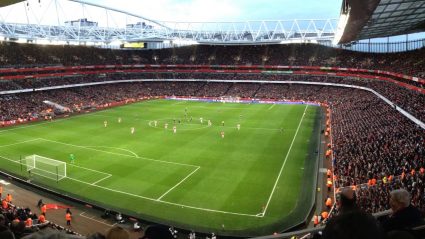 The Emirates is an expensive place to get into.

We get it: big club, great stadium, great city, you want to be there. But most Americans have no idea how difficult it is to buy Premier League tickets — especially at a club like Arsenal.

You might think that with 60,000+ seats, there would be tickets around. The truth is, though, that Arsenal are some of the most expensive tickets in England, but that hardly matters, because there basically is no such thing as buying tickets from Arsenal for their games, unless you are a season-ticket holder or a paid member with lots of loyalty points (Related: What is a club membership?).

We assume you’re not one of those people, since you’re reading this post. So, what are your options? How on Earth does somebody get into an Arsenal home game?

Basically, you have four options for buying Arsenal tickets:

For the 2021-22 season, an Arsenal membership is £29 per person for lite and £36 for full; this might get you into a cup game (see below). It also gets you access to a ticket exchange where season-ticket holders can re-sell their tickets. The usual rules apply: tickets for the West Brom game are one thing, tickets for Man U or Liverpool are a whole different beast. These won’t be much more expensive, just near impossible to get. Also note that each person who wants a ticket needs a membership and getting more than one seat together this way is super duper tough. 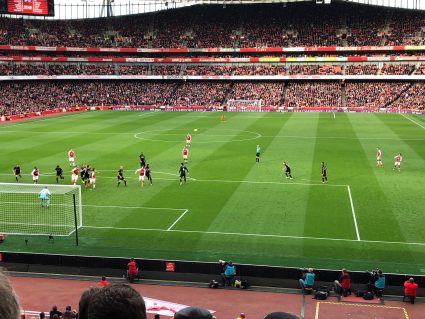 View from our Arsenal hospitality seats, blocks 72 to 76 in club level.

A hospitality package is just a ticket plus something else. At Arsenal, this is usually a seat in the club level behind the goal, a free halftime bar, and a voucher for a stadium tour. Groundhopper Guides is an official reseller of these, and we can tell you that for an opponent like West Ham, you’re looking at around $150 per person. That goes all the way up to around $700 for a game with Man U. If you think these are expensive, check out what Arsenal sells directly.

Here’s a Look at Our Arsenal Hospitality Package

Go to a Cup Game at Arsenal

They will often be playing a lower-league team and everything gets a little easier. You will still almost certainly need a membership for tickets, but as an example, one year they were playing Doncaster Rovers in the League Cup, and the same hospitality seat listed above, from us, would have set you back $75. Just understand that no Arsenal players you have ever heard of are likely to play in a game like this.

Here we’re referring to sites like Stubhub, which technically are illegal, and which we have no personal experience with.

Or Maybe Don’t Go To Arsenal!

Actually, you do have a completely different option, which is to check out some of the lower-league clubs around London. We run that one past a lot of people, and the typical response is, “Tell that to my 16-year-old.” Again, we get it, but we would rather see Charlton play a local rival for £30 or less than pay hundreds to sit up high at The Emirates.

Looking to see an Arsenal game? Fill out this form, and we’ll get back to you shortly.